FLAME
X
Put text, tables or any other HTML contents here, as you would put in any other HTML page. ..... and more.
Skip to content
Home » Despite vicious attacks on Israel by the media, the U.N. and Islamists, we continue to win!
Will we let the anti-Semitic Israel haters win? Or will you help us fight back?Jacques Gautreaux2019-12-23T10:50:17-07:00 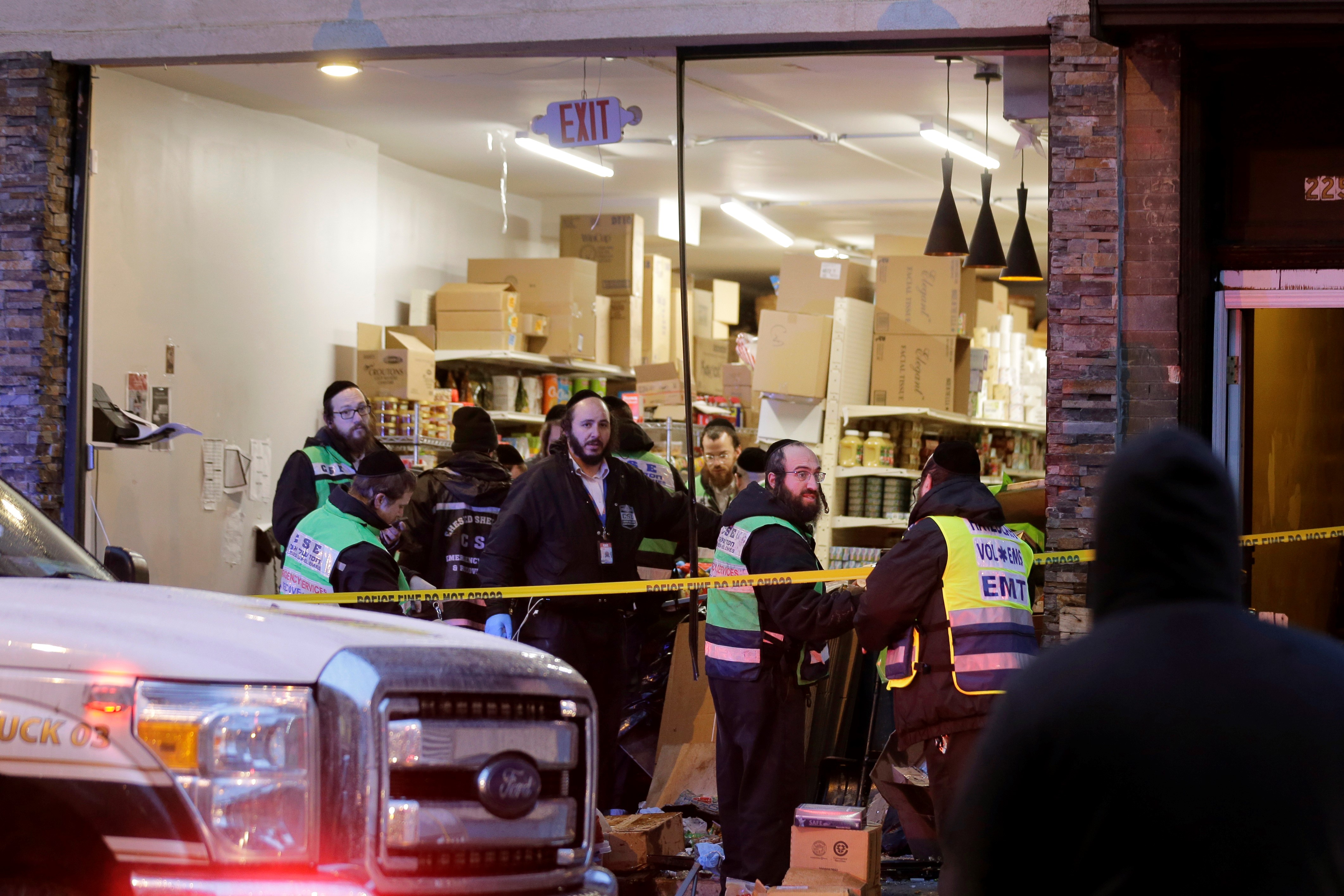 First responders in Jersey City, NJ, after two anti-Semitic killers assaulted a kosher market, murdering three Jews and a police detective. The incident is a violent manifestation of increasing attacks against Jews—often linked to hatred of Israel. Jews are already the most targeted group for hate crimes in the United States.

Will this treachery inspire you to fight back?

Won’t you act now to help FLAME tell the truth about Israel in mainstream media?
Just go to donate now to contribute.

I’m sure you agree that hateful anti-Zionism is more prevalent in American society than ever before.

I’m sure you’d also agree that those who oppose the existence of Israel—who oppose the self-determination of the Jewish people to create a thriving, democratic state in their ancient homeland—are anti-Semites.

The bitter irony for me is that even as we pro-Israel advocates achieve greater success in our work—recognition of Jerusalem as Israel’s capital, a halt to U.S. funding of Palestinian terrorism, more states opposing the hateful BDS movement—so do Israel’s enemies grow more vocal.

Not only does the BDS movement continue to thrive on college campuses, but anti-Zionism has also become more “mainstreamed” in the halls of the U.S. Congress—especially by the presence of two openly anti-Israel, anti-Semitic Representatives (Omar Ilhan and Raschida Tlaib).

Just this week, Senator Bernie Sanders had the temerity to declare Israel’s longest-serving, duly elected Prime Minister—Benjamin Natanyahu—a “racist.” If that’s not anti-Semitic, it’s certainly despicably disrespectful of one of America’s strongest and most loyal allies.

In fact, anti-Semitism has become commonplace . . . and even acceptable in many social and political circles—and in the media—especially among the ultra-Left.

Here’s good news: FLAME has been fighting these forms of anti-Zionism—with outspoken pro-Israel messages in mainstream media—for some 30 years.

We’ve done it not with large institutional grants or wealthy donors, but rather through grassroots support of tens of thousands of Israel-lovers, just like you.

Won’t you take a minute right now to reaffirm your commitment to righteous Israel—and to FLAME’s good work—with a kind, year-end membership donation?

Anti Zionism is racism—now you can help us fight it

My friends, it’s bad enough when Jews are attacked by anti-Semitic right wingers—like the Pittsburgh synagogue murderer or the Jersey City kosher-market killers.

But it’s doubly galling when the Jewish state is attacked from the far left—like 107 Congress members who wrote a letter opposing the rights of Jews to create communities in the heart of the biblical lands of Judea-Samaria (the West Bank).

Or when a Senator like Elizabeth Warren declares that the U.S. should cut foreign aid to Israel.

I think you’ll be pleased that in 2005—fully 14 years ago—FLAME published a message in U.S. newspapers nationwide called “The New Anti-Semitism.”

In it we exposed the emerging anti-Zionists as closet anti-Semites. Today, these Israel-hating anti-Semites are out of the closet. We must continue to identify and challenge them in the media.

That’s why I think you’ll also be pleased that FLAME ran the editorial, “ Anti-Zionism Is Racism ,” in the Sunday New York Times earlier this year.

As you know, running messages in mainstream media that defend Israel from the haters—that offer a powerful antidote to the virulent lies and insidious anti-Semitism of ultra-Left journalists and politicians—that’s exactly what FLAME does.

In 2019, with help from members like you, we’ve published the following outspoken messages to millions of readers in support of Israel, which I invite you to review:

“Is a Two-State Solution Still Possible?”
“Israel’s Settlements: Obstacle to Peace?”
“What Is Palestinian Territory?”
“BDS, Academic Freedom and Anti-Semitism”

Won’t you help FLAME continue to run hard-hitting editorials in mainstream media by renewing or becoming a new member in FLAME? Go to donate now to join us.

Here at FLAME, we have fought Israel’s attackers in the press for 30 years—and we fight valiantly on, no matter who the political leaders are in the United States or who they are in Israel.

We hope you’ll join us in redoubling our commitment to telling the truth—hasbarah—about Israel in mainstream media. Won’t you help us achieve our largest hasbarah budget ever by making your final 2019 membership donation today—right now while you have this email in front of you?

Want some good news? Australia just announced that it will follow the United States and Guatemala in recognizing Jerusalem as Israel’s capital! More will follow!

Won’t you please help us rejoin the fight in 2020 with more muscle—in more media—than ever before? Please make a generous tax-deductible donation before the December 31 year-end deadline.