FLAME
X
Put text, tables or any other HTML contents here, as you would put in any other HTML page. ..... and more.
Skip to content
Home » Despite vicious attacks on Israel by the media, the U.N. and Islamists, we continue to win!
European Union and 107 House Democrats attack Israel again—FLAME fights back: How you can helpJacques Gautreaux2019-12-02T13:09:17-07:00 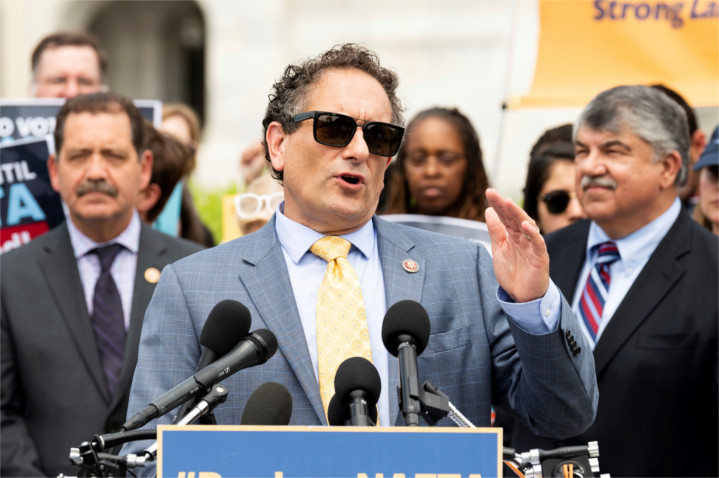 ✓ A few weeks ago, the European Union’s Court of Justice ruled unfairly that Jewish products made in Judea-Samaria cannot be labeled “made in Israel.”

As you know, we have been fighting such injustice for decades.

But I trust you also know we at FLAME won’t give up—can’t give up.

With your help, we’ll win the PR battle for Israel!

Won’t you act now to help us mount a new campaign to tell the truth—now in the New York Times, Washington Post, USA Today and Los Angeles Times—about Israel’s righteous cause?
Just go to donate now to support us on this Giving Tuesday.

In recent weeks, we’ve experienced outrage . . . but also an unprecedented victory. Two incidents in recent weeks highlight the outrage—and one underscores the progress we pro-Israel advocates are making.

First, I trust you saw the news reports about the EU Court of Justice’s decision to forbid products made in Jewish communities in Judea-Samaria (aka, the “West Bank”) from being labeled as “made in Israel.”

Note that the EU has not made this determination for products made in China-occupied Tibet, Turkey-occupied Cyprus or Morocco-occupied Western Sahara—this bias only applies to Israel.

This cruel application of a double standard to Israel blatantly fits a key criterion for anti-Semitism.

What makes the EU action even more egregious, these Israeli communities are located in the heart of the Jewish ancient homeland—the setting for nearly all the biblical stories of the indigenous Hebrew people, going back 4,000 years.

Yet the EU has unilaterally decided this land belongs to the Palestinian Arabs—as replacement for any negotiations with Israel.

As you know, FLAME has run an editorial ad in the New York Times and Washington Post—“What Is ‘Palestinian Territory’?”—forcefully repudiating the lie that Judea-Samaria belongs to the Palestinians.

The second blow against Israel was struck by 107 Democrat members of the U.S. House of Representatives, who sent a letter to Secretary of State Mike Pompeo objecting to a series of new policies by the U.S. administration over the last two years set to rectify wrongs against Israel.

This renegade group rejects U.S. recognition of Jerusalem as Israel’s capital, as well as our reduction of payments to the Palestinians commensurate with the salaries they pay to convicted terrorists.

Most importantly, these House members disavow Israel’s most recent triumph—Secretary Pompeo’s assertion that Israel’s settlements in Judea-Samaria do not violate international law.

For many years, with your help, FLAME has published position papers in mainstream press supporting all three of these issues—Jerusalem recognition, terminating Palestinians’ pay-for-slay and Israel’s legal rights in the disputed territories.

Won’t you continue to make our advocacy possible, with your donation today, on this Giving Tuesday?

Here’s the bad news: A substantial minority of the House (but fewer than half of Democrat members) oppose us on these issues. The good news is, the current administration—and a majority of Congress from both parties—continue to support Israel

I hope you agree that it’s critical for Israel’s survival on the world diplomatic stage that the U.S. Congress continue this bipartisan support.

Yet every day, my friends, we’re reminded of the unrelenting forces aligned against the Jewish people . . . and the state of Israel . . . from radicals on both sides of the political spectrum.

You and I can both take heart in the miracle of Israel as the world’s one and only national refuge for Jews—and as a righteous light unto the nations. But we must keep telling this truth.

WITH YOUR HELP, WE WILL CONTINUE TO TELL ISRAEL’S INSPIRING STORY

You’ll be glad to know that we at FLAME have been extraordinarily busy lately, continuing our efforts to spread the truth about the Jewish state.

We continue of course to run our hasbarah efforts in national media, including in “the lion’s den”—the New York Times, one of Israel’s harshest and most unfair critics, and in the influential Washington Post. But of course, publishing these ads is very expensive—more than $30,000 each time in each publication.

But the New York Times also reaches some 2.6 million people with its Sunday edition—and the Washington Post reaches 1.5 million. We believe it’s important those readers—plus millions more who read USA Today and the Los Angeles Times—also receive the truth about Israel.

It behooves FLAME to keep stepping up to these challenges—and I hope you’ll step up as well with a generous donation at this time.

Last year we also launched our FLAME Facebook page, which gives us a chance to reach nearly half a million more people each month with our outspoken messages—now on the world’s most popular social media platform.

Won’t you take a minute to make your final 2019 donation at this time? Because only FLAME publishes the truth about Israel in national media every month.

In order to protect Israel, the overwhelming majority of American must realize that Israel’s cause is just—on the front lines in the battle against global Islamic jihad (starting with Iran), as a bulwark of pro-American stability in the treacherous Middle East, and as America’s most steadfast ally in the world.

As you know, these are precisely the messages that FLAME delivers every month in media—including in college newspapers—that reach millions and millions of Americans.

Just to remind you: FLAME has published PR for Israel over the past months on these critical issues (linked to our website, in case you’d like to review them):

These messages are powerful PR for Israel—and we’ve published dozens more—but as I’m sure you can imagine, telling the truth about Israel via such paid editorial messages in media nationwide is costly. Are you ready to join us for 2020?

Here’s the double payoff for making a membership donation to FLAME on this Giving Tuesday:

First, you help tell the truth about Israel in the media—something that’s urgently needed if we’re to maintain the support of all Americans over the coming year.

Please remember that the nearly 100% of FLAME’s financial support comes from individuals just like you. One by one, Jews, Christians and unaffiliated alike contribute generously to this noble cause—to help ensure that Israel survives.