FLAME
X
Put text, tables or any other HTML contents here, as you would put in any other HTML page. ..... and more.
Skip to content
Home » Despite vicious attacks on Israel by the media, the U.N. and Islamists, we continue to win!
Ban anti-Semitism on campus? The NYT objects! Will you help us fight back?Jacques Gautreaux2019-12-16T22:42:37-07:00 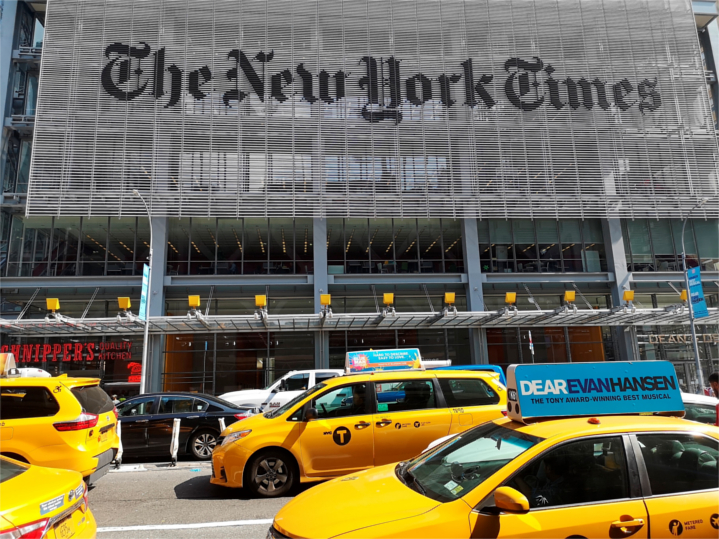 The New York Times attacks a new executive order seeking to withhold federal funds from universities that allow anti-Israel anti-Semitism on campus. To counter editorials in mainstream media attacking Israel, FLAME publishes its own editorials—telling the truth about Israel—in the Times, Washington Post, and other influential media.

As you know, anti-Zionism is anti-Semitism—a form of racism.

Now the New York Times attacks an attempt to outlaw anti-Semitism on campus.

Will this treachery inspire you to fight back?

Won’t you step up to help FLAME tell the truth about Israel and anti-Semitism in the media?
Just go to donate now to contribute.

Did you see the two outrageous anti-Israel op-eds in the New York Times last week?

One claimed that President’s Trump’s recent executive order—including Jews as a class protected from anti-Semitism on campus—also interpreted Judaism as a race or nationality under Title VI of the Civil Rights Act, thereby robbing Jews of their American citizenship.

This assertion is ridiculous, since Trump’s order adheres to all Obama administration values and several Congressional resolutions—except this one includes anti-Zionist criticism of Israel as evidence of anti-Semitic intent.

The President’s order is a good thing—and none too soon—especially since ultra-Left anti-Semitism in student government and in the classroom continues to rise.

The Time’s second claim—pure hypocrisy—is that the President’s order is an effort “to stifle conversation” on campus. We’re confident the Times would agree that speech declaring women or African-Americans to be inferior would be sufficient to eliminate government funding to a university.

Yet for the one and only Jewish state—and for Jewish students who support Israel’s existence—the Times apparently believes all hate speech should be allowed.

No wonder FLAME earlier this year published our hard-hitting editorial—“Anti-Zionism Is Racism”—in the New York Times.

(Our paid messages in the mighty New York Times—Sunday circulation 2.4 million—cost nearly $35,000 each time—but worth every penny!)

Can we count on you once more to support our fight against the haters and hypocrites—in mainstream media nationwide? Just go to donation to start or renew your membership.

Most recently we ran our opinion piece—called “What Is Palestinian Territory?”—in both media, exposing the lie that Israel “illegally occupies the Palestinian territories.”

As you know, there are no such territories—because the Palestinians have never had sovereignty over an inch of territory anywhere . . . though Israel has many times offered them land for peace.

If you dislike the idea that mainstream media publish lies about Israel with virtually no opposing voice, please think about FLAME’s good work. Over the last 30 years—with your help—we’ve published more than 170 op-eds in mainstream and college media nationwide.

FLAME offers a powerful antidote to the virulent lies and insidious anti-Semitism of many mainstream journalists.

Won’t you help FLAME continue to run hard-hitting editorials in the New York Times, Washington Post and other media by renewing or becoming a new member in FLAME? Go to donate now to join us.

Here at FLAME, we have fought Israel’s attackers in the press for 30 years—and we fight valiantly on, no matter who the political leaders are in the United States or who they are in Israel.

We fight for the truth against the biased United Nations, the lies of Palestinian leaders, deadly anti-Israel machinations of Iran, and against the hateful anti-Zionism of the BDS movement.

We hope you’ll join us in redoubling our commitment to telling the truth—hasbarah—about Israel in mainstream media. Won’t you help us achieve our largest hasbarah budget ever by making your final 2019 membership donation today—right now while you have this email in front of you?

Won’t you please help us rejoin the fight in 2020 with more muscle—in more media—than ever before? You can help us add USA Today and the Los Angeles Times to our publication list.

In 2019, with help from members like you, we’ve published the following outspoken messages to millions of readers in support of Israel, which I invite you to review: