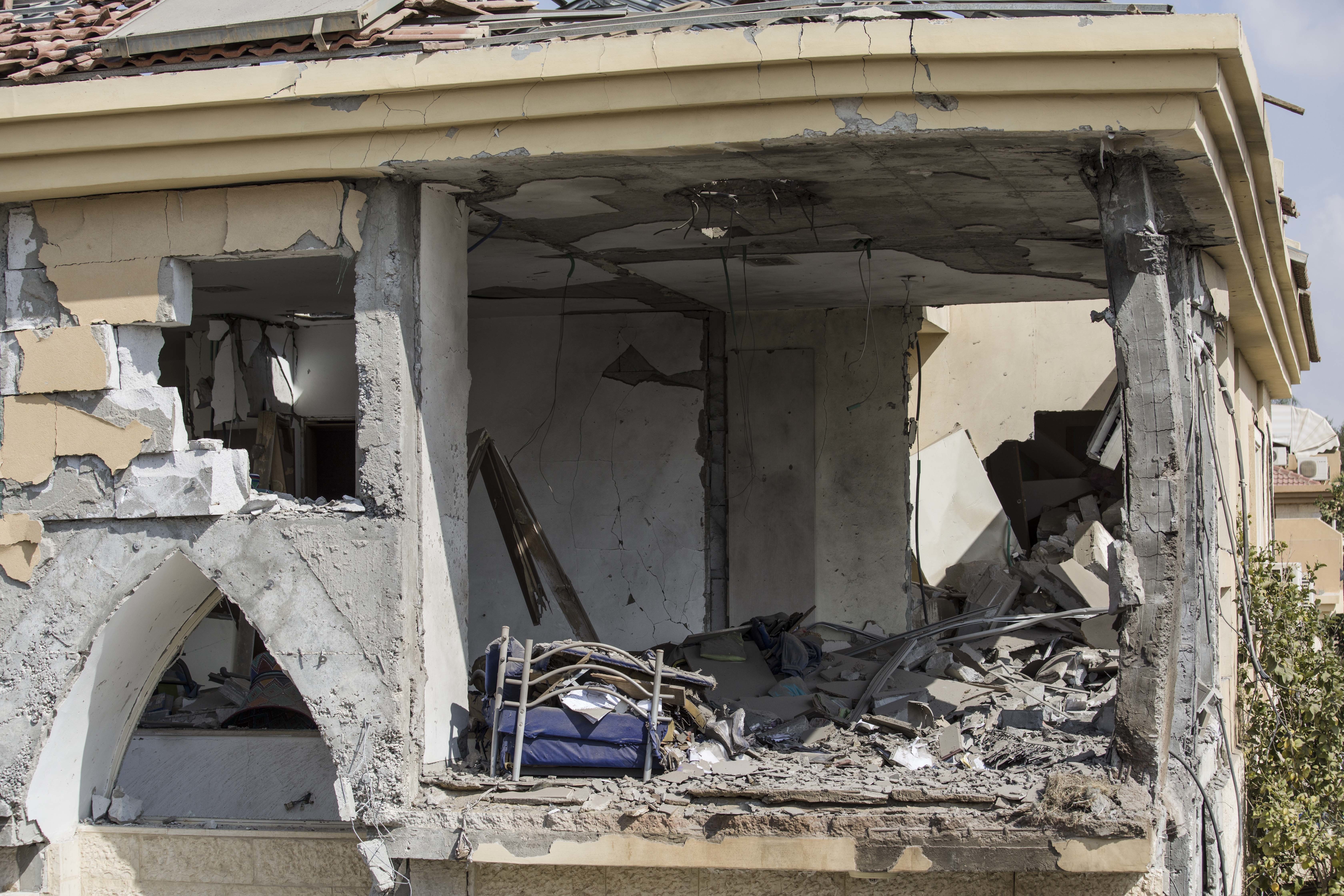 A Hamas rocket destroyed this Israeli citizen’s family house in Beersheba, southern Israel, during recent attacks from some 460 Palestinian missiles, threatening another war with the Gaza terrorist group. Israel’s response to such war crimes in the past have been met with accusations of disproportionate force.

✓ The Pittsburgh synagogue shooter is now shown to be an Israel hater.

As you know, our struggle is not new.
But I trust you also know we won’t give up—
we can’t give up.

Won’t you act now to help us mount a new campaign to tell the truth—now in the New York Times—about Israel’s righteous cause??
Just go to donate now to contribute.

I trust you saw the news reports covering the largest barrage of Hamas terrorist missiles ever launched over the last weeks at Israeli civilians—which qualifies as a war crime.

Of course, the minute Israel fights back, the media and politicians will likely pile on—again accusing Israel of “disproportionate force.”

But perhaps you did not see that a U.N. committee attacked Israel in a series of 9 anti-Israel resolutions blaming Israel for human rights abuses and “occupation” of eastern Jerusalem—while not mentioning Palestinian war crimes . . . or any other country on earth.

The implacably biased U.N. also voted to condemn Israel for its annexation of the Golan Heights—which, fortunately, U.S. Ambassador Nikki Haley bravely denounced and voted against.

Finally, it was no surprise to learn a few days ago that the anti-Semite who murdered 11 innocent Jews in Pittsburgh was also a follower of viciously hateful anti-Israel websites.

My friends, every day we’re reminded of the unrelenting forces aligned against the Jewish people . . . and the state of Israel from radicals on both sides of the political spectrum.

But we take heart in the miracle of Israel as the world’s one and only national refuge for Jews—and as a righteous light unto the nations.

WITH YOUR HELP, WE WILL CONTINUE TO TELL ISRAEL’S INSPIRING STORY

You’ll be glad to know that we at FLAME have been extraordinarily busy lately, continuing our efforts to spread the truth about the Jewish state.

We continue of course to run our hasbarah efforts in national media. But six months ago, we also launched our FLAME Facebook page, which gives us a chance to reach nearly half a million more people each month with our outspoken messages—now on the world’s most popular social media platform.

Today I have even more exciting news: On Sunday, December 9 FLAME will begin running its paid editorial messages in the New York Times. As you know, the Times is one of Israel’s largest, most consistent and most unfair critics.

No wonder our supporters have for years urged us to “enter the lion’s den”—place our outspoken messages in the Times. Until now, we’ve held back, because running ads in the New York Times is very expensive.

But the New York Times also reaches some 1.6 million people with its Sunday edition—and we believe it’s time those readers receive the truth about Israel. It’s time for FLAME to step up.

I hope you, too, will step up and help us spread the truth in America’s largest daily newspaper.

I hope you’ll take a minute to make your final 2018 donation at this time. Because only FLAME publishes the truth about Israel in media nationwide every month—starting this month in the New York Times.

In order to protect Israel, the overwhelming majority of American must realize that Israel’s cause is just—on the front lines in the battle against global Islamic jihad (starting with Hamas in Gaza), as a bulwark of pro-American stability in the treacherous Middle East, and as America’s most steadfast ally in the world.

As you know, these are precisely the messages that FLAME delivers every month in media—including in college newspapers—that reach millions and millions of Americans.

Just to remind you: FLAME has published PR for Israel over the past months on these critical issues (linked to our website, in case you’d like to review them):

These messages are powerful PR for Israel—and we’ve published dozens more—but as I’m sure you can imagine, telling the truth about Israel via such paid editorial messages in media nationwide is costly. Are you ready to join us for 2019?

First, you help tell the truth about Israel in the media—something that’s urgently needed if we’re to maintain the support of all Americans over the coming year.

Please remember that the nearly 100% of FLAME’s financial support comes from individuals just like you. One by one, Jews, Christians and unaffiliated alike contribute generously to this noble cause—to help ensure that Israel survives.