FLAME
X
Put text, tables or any other HTML contents here, as you would put in any other HTML page. ..... and more.
Skip to content
Home » New opportunity opens for the Palestinians: Will they seize peace and prosperity . . . or let it slip away again?
Will President Biden get trapped by failed Israel-Palestinian conflict policies of the past?Jacques Gautreaux2021-02-08T10:10:07-07:00 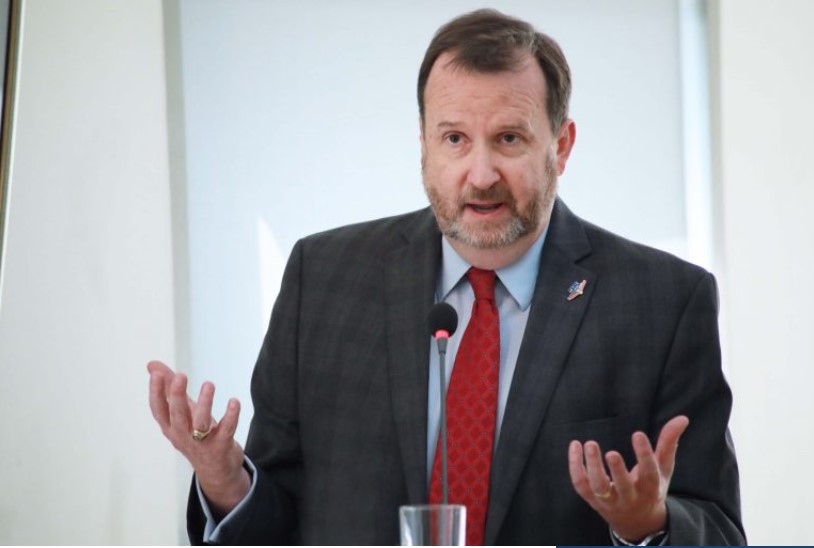 Ambassador Richard Mills, Acting Representative of the U.S. Mission to the United Nations, presented Biden Administration strategy for resolving the Israel-Palestinian conflict. He outlined regressive approaches that have failed for nearly three decades, while offering no new ideas.

Will President Biden get trapped by failed Israel-Palestinian conflict policies of the past?

While Israel has for decades counted Joe Biden as a friend, Israel supporters have known since his election as President that Biden himself is not the only concern. His party has gained voices opposing Israel’s interests, and Biden Administration staff include both Obama-era “Israel skeptics,” as well as some frankly hostile to the Jewish state.

Last week, one of Biden’s top diplomats raised red flags and fears that we may return to the faulty and failed thinking that has ensured no progress in resolving the Israel-Palestinian conflict for the last 27 years.

In a speech to the UN Security Council Open Debate on the Situation in the Middle East, Ambassador Richard Mills, Acting Representative of the U.S. Mission to the United Nations, laid out some of the administration’s “new” principles and policies regarding the conflict.

In fact, many of Mills’ tenets demonstrate that the Biden Administration may be regressing.

Firstly, during his remarks, Ambassador Mills refers to a “two-state solution” four times. However, what is noticeable is that he has dropped the reference to “two states for two peoples” that was used under the Obama Administration, not least by then-President Obama himself.

The lack of “two peoples” endorses the Palestinian narrative—connoting that the Jews are a religion and do not constitute a people, are not deserving of a national homeland and have no history in the region. It’s why numerous Palestinian leaders have rejected peace, since it means recognizing Israel as the national homeland of the Jewish people.

Ambassador Mills continued his speech by saying “President Biden has been clear in his intent to restore U.S. assistance programs that support economic development and humanitarian aid for the Palestinian people and to take steps to re-open diplomatic missions that were closed by the last U.S. administration. We do not view these steps as a favor to the Palestinian leadership. U.S. assistance benefits millions of ordinary Palestinians.”

Unfortunately, in a non-democratic kleptocracy, like the Palestinian Authority (PA), steps restoring such aid will almost solely benefit PA leaders. The leadership has shown little to no interest in reform or ensuring that aid does not reach terrorists or the encouragement of terror through incitement.

The least Team Biden could do is make restoration of aid contingent on the Palestinians ceasing payments to terrorists and anti-Semitic incitement in Palestinian schools and mosques.

Violent incitement remains a major obstacle in the conflict because Palestinians are daily subjected to a torrent of hate against Israel and the Jewish people, and glorification of murder. Only days ago, the Palestinian Authority launched a project to honor all Palestinians who have ‎died as so-called “Martyrs” since 1917. The PA will eventually plant 35,000 olive trees ‎throughout the PA areas with each tree named after a “Martyr.” The PA defines “Martyrs” as all ‎terrorists killed while attacking Israelis—including suicide bombers and mass murderers.

So, the Biden Administration means to return all funding and reopen all diplomatic missions without requiring anything in return. Whatever one might think of steps the Trump Administration took against the Palestinians, they provide the new administration powerful leverage. In diplomacy, leverage is everything and should not be wasted—especially on a Palestinian leadership that has dug its heals in for decades, insisting they deserve the world’s sympathy and assistance.

What Mills’ speech most lacks, however, are signs he understands the roots of the conflict, and, above all, a strategy for ending it that goes beyond the exhausted policies of the past.

Indeed, the issue has never been about a Palestinian state. If it were, any of several Palestinian leaders could have said yes to numerous Israeli and international offers over the years—whether in 1937, 1947, 1967, 2000 or 2008—and today there would be a Palestinian state and no conflict.

However, if the U.S. goal truly is a Palestinian state, this would require an Israeli withdrawal from territory it now controls. Unfortunately, history shows that when Israel withdraws from territory, as it has done on almost every border, it is met with terror, violence and bloodshed. Mr. Mills did not address this inevitability.

Nor did Mills address Palestinian rejectionism of the Jewish state and of all peace deals to date. Until the Palestinian pattern is broken, the conflict will continue. Clearly, an effort to this end needs to be a focal point of the Biden Administration’s strategy over the coming four years.

Finally, while Ambassador Mills mentioned and welcomed the Abraham Accords and normalization agreements between Israel and four Arab nations, this appears to be an afterthought. “The conflict between Israelis and Palestinians may not be the major fault line in the Middle East, but its resolution nevertheless would significantly benefit the region as a whole,” Mills stated.

It is unclear how the region would “significantly benefit” from a Palestinian state. This seems to be another anachronistic assumption whose truth has been so hollowed out as to be meaningless in today’s Middle East. Why would the region or the international community benefit from a Palestinian state whose policy is recalcitrant and antagonistic towards its neighbor?

Mills also leaves open the critical question of what will happen to Gaza, run by genocidal jihadists, intent on violently destroying Israel. The complete omission of Hamas from this speech is telling, yet it remains a central issue on the ground.

Secondly, there appears to be a return to “soft linkage”—whereby the Israel-Palestinian conflict is overburdened with the promise of pacifying the region. This is patently false—unsupported by facts on the ground—and turns the current successful paradigm for Israeli-Arab peace on its head. The Abraham Accord normalization agreements should have vanquished any such “linkage” to the dustbin of history.

Ambassador Mills’ comments reflect not only a return to failed, unimaginative diplomacy, they could potentially turn back the clock on the Israel-Palestinian conflict and make the region less stable and peaceful.

I hope you will point out to friends, family, colleagues and your elected representatives that the region is safer because the Palestinians can no longer wield a veto on agreements between Israel and the Arab world. Handing this veto back to them will not benefit the region—it will harm it, especially when unity between Israel and pragmatic Sunni nations is creating a bulwark against the nuclear weapons aspirations of Iran.

We can only hope that when Richard Mills is relieved from his role by confirmation of U.N. Ambassador-designate Linda Thomas-Greenfield, greater clarity and realism will guide U.S. foreign policy.