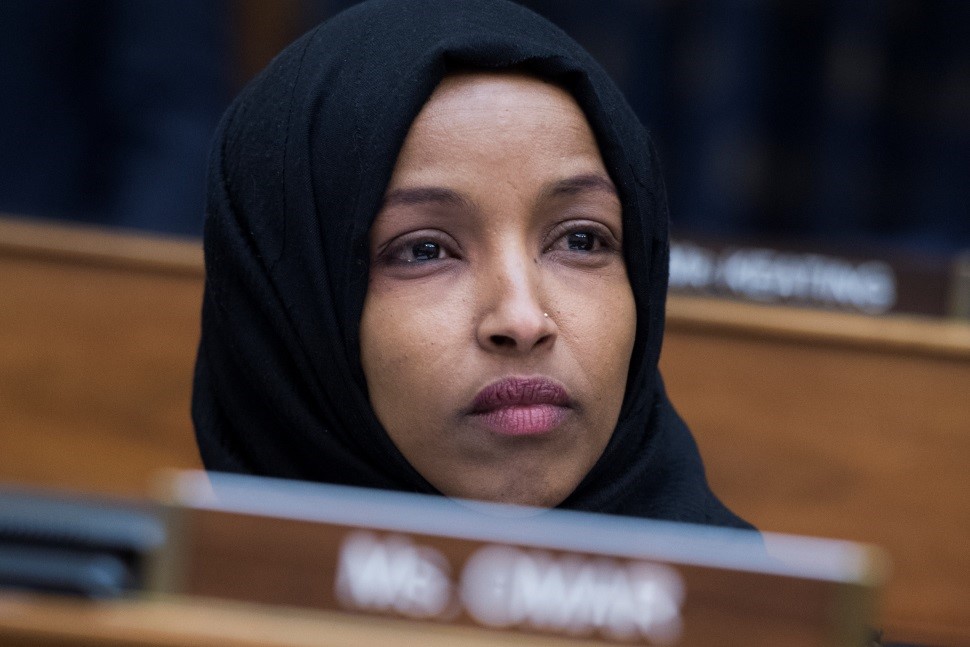 Ilhan Omar was castigated by fellow Democrats for her assertions—both false and anti-Semitic—that Washington’s support of Israel is “all about the Benjamins” (Jewish money) from AIPAC.

Why Ilhan Omar is dead wrong about why the U.S. loves Israel

First, attempting to malign organizations like AIPAC (or FLAME, for that matter) for trying to influence American opinion and legislative outcomes is flat-out anti-Semitic. Influencing public opinion and the votes of legislators is called politics—and it’s practiced by U.S. lobbying groups ranging from the NRA and Planned Parenthood to unions and hundreds of industry associations.

All these organizations raise and spend money to effect their agendas, but Omar made the mistake of a) attacking Jewish organizations and no others for this all-American practice (a double standard, which itself is prima facie anti-Semitic) and b) employing a classic anti-Semitic trope—the idea that “Jewish money” is dirty money, illegitimate money, the money of a nefarious cabal.

Omar’s second mistake was that her premise is factually false: She seems to believe that U.S. love of Israel is solely or primarily the result of Jews twisting Americans’ minds, brainwashing us so we support something we should logically hate.

But the truth is, the U.S. loves Israel for many powerful emotional and material reasons that far surpass the influence of AIPAC or FLAME or any of dozens of other Israel advocacy groups. In fact, the primary strategy—and supreme virtue—of these groups is that they fight lies by the media and people like Ilhan Omar. They in fact simply tell the truth about Israel.

Consider Israel’s overwhelming popularity among Americans—an astounding 74% of us view the Jewish state favorably, a 17-year high point. This cannot be simply because of lobbying groups. Indeed, this approval stands in defiance of the daily carping of mainstream media, like the New York Times, against Israel, to say nothing of rising support among the left, including Ilhan Omar, for the hideous anti-Israel Boycott, Divestment and Sanctions (BDS) movement.

What then explains the strong support of Americans and the U.S. Congress for Israel? Two main reasons emerge—one of which rests on deep-seated shared cultural values, and another that is grounded in U.S. diplomatic and military interests.

Above all, Americans love Israel because we see ourselves in the aspirations of the Jewish people and the values that drive them. Americans and Jews are largely people of the Bible, both of which groups still honor the values of the Old Testament. No wonder that by far the largest bloc of Israel supporters in the U.S. is evangelical Christians.

But Americans also love Israel because Israel so emulates America. Israel is a feisty start-up nation, borne of a fierce war of independence against overwhelming odds, just as the U.S. was. Israel is also a proud beacon of democracy, civil liberties and the rule of law—the only such nation in the Middle East—just as the U.S. has exemplified for the rest of the world.

But Israel’s value to the U.S. stretches far beyond emotional identification to concrete material benefits that America receives from its relationship with the Jewish state. In fact, the U.S. is the world’s largest investor in Israel—and we receive outsize value and returns for that investment.

While some voices complain about the $3.3 billion in American military aid Israel receives annually, the reasons for and rewards of this investment for the U.S. are compelling. Here’s the short list (and there are many more):

● Unlike most beneficiaries of U.S. aid—including European states and Japan, as well as Middle Eastern countries, like Afghanistan, Iraq and Syria—no American troops have ever been stationed in Israel.

● Israel invests all the security aid it receives with American defense contractors, purchasing existing weaponry or funding development of advanced weapons the U.S. can also utilize (such as the two Iron Dome missile defense installations the U.S. recently purchased from Israel).

● Israel is reputed to be “America’s aircraft carrier in the Middle East,” providing superior military might—including the most powerful air force in the region—fully supportive of U.S. security interests.

● Israel has kept Syria, Iran and Lebanon in check, contributing mightily to stability in the region and keeping deployment of U.S. troops to a minimum. Indeed, Israel has missiles that can blanket the Middle East and reach as far as Russia.

● Israel’s intelligence service is unparalleled in the Middle East and assists the U.S. and European nations in gathering secret information about our mutual enemies (such as exposing Iranian nuclear weapon plans and assassination plots in Belgium). Israel also jointly (with the U.S.) developed the Stuxnet malware that infiltrated Iran’s nuclear weapons facilities in 2010.

In short, if Israel’s value is judged objectively, the U.S. doesn’t need lobbying or PR efforts to justify its 70-year love of Israel. Unfortunately, Israel is not judged objectively. Bias—often anti-Semitic—clouds too many assessments of Israel in the media and increasingly in the halls of Congress, as Omar’s anti-Zionist outburst demonstrates.

Indeed, it behooves Israel’s supporters to be activists—speaking out in letters to the editor, swelling the crowds at pro-Israel rallies, and donating financially to organizations that hammer away, day in and day out, delivering the truth about Israel to the general public and our elected representatives.

Please forward this FLAME Hotline to your friends, family and fellow congregants, so they, too, can understand Israel’s value to the U.S.—and why Americans love Israel—so they, too, can help us tell Israel’s true story.