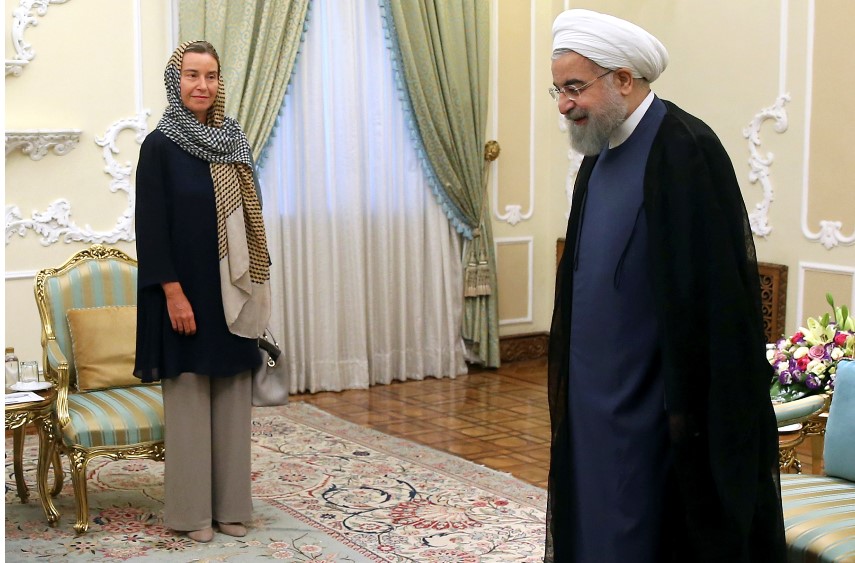 Why do the Europeans still support Iran: It’s the money, stupid.

So threatened are members of the European Union by the U.S. exit from the Iran Nuclear Deal—and the re-imposition of harsh U.S. sanctions on the Islamic Republic—that last week Germany, France and Britain announced a new work-around: The Instrument in Support of Trade Exchanges (INSTEX).

INSTEX is essentially a primitive barter system—enabling companies and countries to enter into trades of European goods for Iranian goods—thus bypassing the U.S.-dollar-dominated international banking system and avoiding U.S. sanctions on those who do business with Iran.

However, the objective of INSTEX is not to prevent Iran from developing nuclear weapons—the Iran Deal already ensures a smooth runway to such WMDs. Rather, the Europeans are threatened by the loss of newly booming trade with Iran that U.S. sanctions promise to shut down.

In other words, the E.U. is not concerned about the safety of the world’s people—and regarding the safety of Israel, which Iran bellicosely vows to destroy on a daily basis, forget about it.

Bill Clinton once famously analyzed the key issue in his presidential election with his pithy, “It’s the economy, stupid.” For the E.U., it’s the money, stupid.

While concern about trade with Iran is clearly in the E.U.’s—and Iran’s—rational self-interest, we should allow no mistake: Under the current Iran Deal, the Islamic Republic will acquire murderous nuclear weapons, it will continue to develop ballistic missiles that can carry those weapons to Europe (and Israel), and it will continue to pursue a global imperialist strategy via Islamist terrorism.

As if that weren’t enough, Iran was just months ago caught red-handed by European intelligence as it engineered terror plots and plans to assassinate Iranian opposition leaders on European soil.

While the E.U. made small noises of protest to these violations of its sovereignty, the transgressions were not enough to dampen the allure of billions in new trade.

Indeed, trade opened up by the Iran Deal (formally called the Joint Comprehensive Plan of Action, or JCPOA) has been substantial. Remember that the E.U., before JCPOA relieved sanctions, was Iran’s largest trading partner.

For France, in 2017 alone, JCPOA relief has meant a deal to develop an Iranian gas field worth $4.8 billion, and an Airbus agreement to build 100 aircraft for Iran to the tune of $18 billion.

No wonder that ever since President Trump announced his decision to leave the Iran Deal and reintroduce sanctions, the Europeans have been genuflecting to Ayatollah Khamenei, trying desperately to salvage their burgeoning billions in trade with the Iranian outlaws.

While President Trump campaigned on promoting U.S. interests above those of all other nations—and he encourages other countries to act with similar self-interest—in this notable case Trump is not pursuing financial gain for the U.S., but rather U.S. and global security (including that of Israel). Obviously, the Europeans have baser motivations.

Yet clearly, the European strategy is already backfiring. U.S. Secretary of State Pompeo has made clear that companies seeking to bypass U.S. sanctions by trading with Iran in any form will be held accountable. Iran has also recently been implicated in assassination and terror plots in Denmark, Albania, Austria, Belgium and France—even as the Europeans implement desperate machinations to help Teheran and themselves financially.

As the adult in the room, the U.S. should hold fast to its decision to harshly punish Iran and all those who would aid the Islamic Republic (even as they fill their own pockets).

But even more, E.U. members should heed Pompeo’s October 2018 exhortation: “We are asking every nation who is sick and tired of the Islamic Republic’s destructive behavior to join our pressure campaign. This especially goes for our allies in the Middle East and Europe, people who have themselves been terrorized by the violent regime’s activity for decades.”

For pro-Israel activists, our position is clear: We should support all U.S. efforts to block Iran’s deadly global aggression, including, especially, its efforts to develop nuclear weapons. This includes measures to persuade E.U. members to shift their priorities from short-term business deals to long-term global security.

Please forward this FLAME Hotline to your friends, family and fellow congregants, so they, too, can help us tell the true story of Iran’s evil intent and the E.U.’s complicity.