FLAME
X
Put text, tables or any other HTML contents here, as you would put in any other HTML page. ..... and more.
Skip to content
Home » Despite vicious attacks on Israel by the media, the U.N. and Islamists, we continue to win!
Why Are Arab States Rejecting the Palestinian Cause?Jacques Gautreaux2019-07-01T16:14:57-07:00 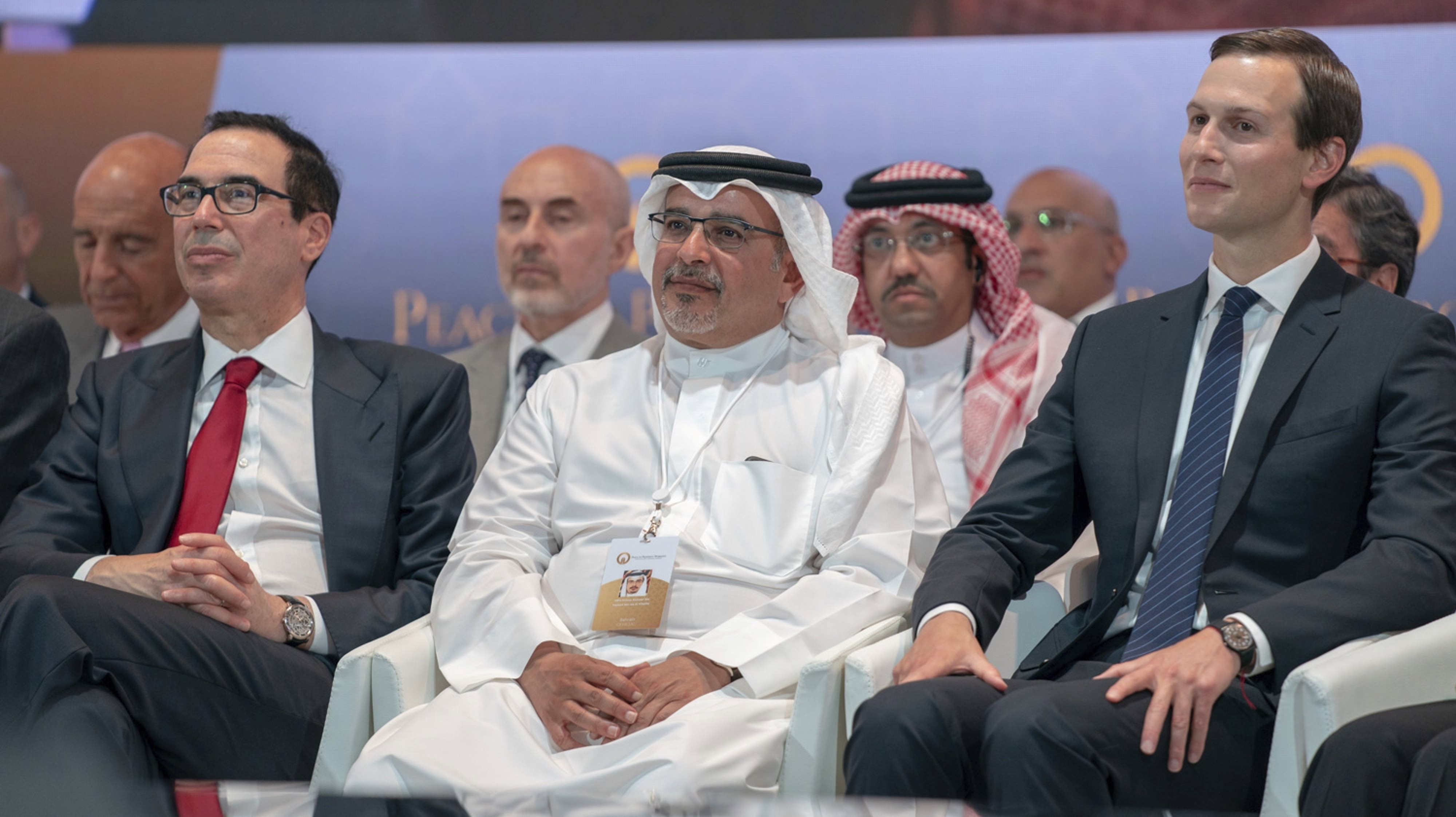 American and Arab diplomats discuss the proposed $50 billion aid and investment project proposed by the Trump administration in Bahrain. Despite being the principal beneficiaries of the “Middle East Marshall Plan,” Palestinian political leadership wants no part of it.

Why Are Arab States Rejecting the Palestinian Cause?

Increasingly, Arab nations in the Middle East are distancing themselves from their Palestinian brothers. The half-century-old solidarity of Arab countries with the cause of achieving a Palestinian state has been diminished recently due to numerous factors.

Chief among them has been the conduct of the Palestinian Authority (PA), and that of its dominant force, the Palestine Liberation Organization (PLO). Add the recklessness and terrorist intransigence of the Hamas regime in Gaza, plus the realities of global economics and politics, and most Arab countries have decided that creating a Palestinian state can be back-burnered.

Part of the decline in interest in the Palestinian cause reflects the passing of pan-Arabism, a political and trans-national force in the twentieth century, advocated by bygone leaders such as Egyptian President Gamel Abdul Nasser. Further fuel has been added by the Arab Spring, which forced Middle East regimes, from Tunisia to Iraq, to focus on national self-preservation.

Above all, the quest of non-Arab, non-Sunni Iran to extend its brutal sphere of influence into the heart of the Arab world has necessitated a re-evaluation of Arab national priorities—and resolving the Palestinian issue is irrelevant to addressing this threat. The fact that Israeli enemies Hamas and Islamic Jihad in Gaza are in Iran’s pocket—as is Hizbullah in Lebanon and Syria—means that any Palestinian progress and Israeli losses would boost Iran’s penetration throughout the Middle East.

Not only would a non-Arab Iran claim victory over Israel and the West, but Shi’ite Islam would have triumphed over the Sunni Islam of the Arab states. In an area where the political and the religious are rarely separable, this would be a major defeat for the Arab world religiously.

Last year, Saudi Crown Prince Mohammed bin Salman stated that “Palestinians should accept peace or shut up and stop complaining.” Ongoing contacts between the Saudi government and Israel are pervasive, even if diplomatic recognition is still a long way off.

While hostility to Israel is still popular on the Arab “street,” Arab leaders have come to the conclusion that the reality of Israel and all that it offers—militarily, economically, agriculturally, and technologically—is to be cultivated, and if their Palestinian brethren don’t like it, that may be just too bad.

Israel’s military forces provide a real bulwark against Iranian adventurism, and Israel’s intelligence services far outstrip anything in the Arab world. As long as the Arab leaders perceive Iran as the greatest regional threat, Israeli links must be cultivated. As long as Israel leads the world in solutions to water shortages and in the cultivation of unfriendly land resources for agriculture, Arab countries with those shared challenges must listen to Israel and try to share in the entrepreneurial and technological leadership that Israel has demonstrated.

Remember, too, that until 1967, most Arab countries didn’t much care about the recently invented “Palestinian nation.” In 1948, Egypt and Jordan had stolen the land that might have become the Palestinian state—and no other Arab nation wanted to rock that boat.

Even after 1967, when Palestine’s “liberation” from Israel became a cause in the Arab world—which had previously merely wanted to exterminate Israel—Palestinians did precious little to form deep sympathetic links with the Arabs.

Under leader Yassir Arafat, the PLO did everything it could to take over the Kingdom of Jordan until the Black September purge in 1971 by King Hussein.

Arafat and the PLO relocated to Lebanon, where he started a civil war and precipitated the Israeli invasion in 1978. Lebanon has still not recovered from that invasion and its aftermath, and now is thoroughly dominated by Shi’ite Iranian proxy Hizbullah.

The recent economic confab in Bahrain saw three powerful Arab states—Egypt, Saudi Arabia and Jordan—joined by Morocco, the United Arab Emirates, and, of course, Bahrain itself. Leading the meeting, America set forth an aggressive economic program to lift Palestinians and their neighbors out of their pervasive problems. Predictably, the Palestinian leaderships utterly rejected this Middle East Marshall Plan, whose prime beneficiaries would be . . . the Palestinian people.

Despite Ramallah and Gaza’s denunciations of the conference, a dozen leading Palestinian Arab businessmen attended and fully participated.

Palestinian leadership has alienated its own natural allies—brother Arabs. The terror, intransigence and corruption of both the Palestinian Authority and Hamas are understood by all—including by Arab leaders. It has become clear that, in the current and near-term political configuration, no possibility of a satisfactory peace plan with Israel exists. The Palestinian Arabs won’t even come to the table. Accordingly, Arab leaders have moved on to deal with their real problems and opportunities today—most of which can be more easily addressed with an Israeli partner.

As you discuss Israel’s prospects in the Middle East, I urge you to emphasize the positive progress that Israel has made in forming friendships and relationships in the larger Arab world. On the issue of uncritical pan-Arab support for the Palestinian cause—as on so many other issues in the Middle East—time seems to be staunchly on Israel’s side.

For Israel and its allies—and for most of Israel’s former Arab enemies—the road to the future runs through neither Ramallah nor Gaza, but through Israel’s increasingly open engagement of the Arab world in creating a better tomorrow for all.

In addition to discussing the changing dynamics in the Middle East, I hope you’ll also take a minute, while you have this material front and center, to visit FLAME’s lively new Facebook page and review the P.S. immediately below. It describes FLAME’s new hasbarah campaign—a refutation of the myth of the “Palestinian territories.”