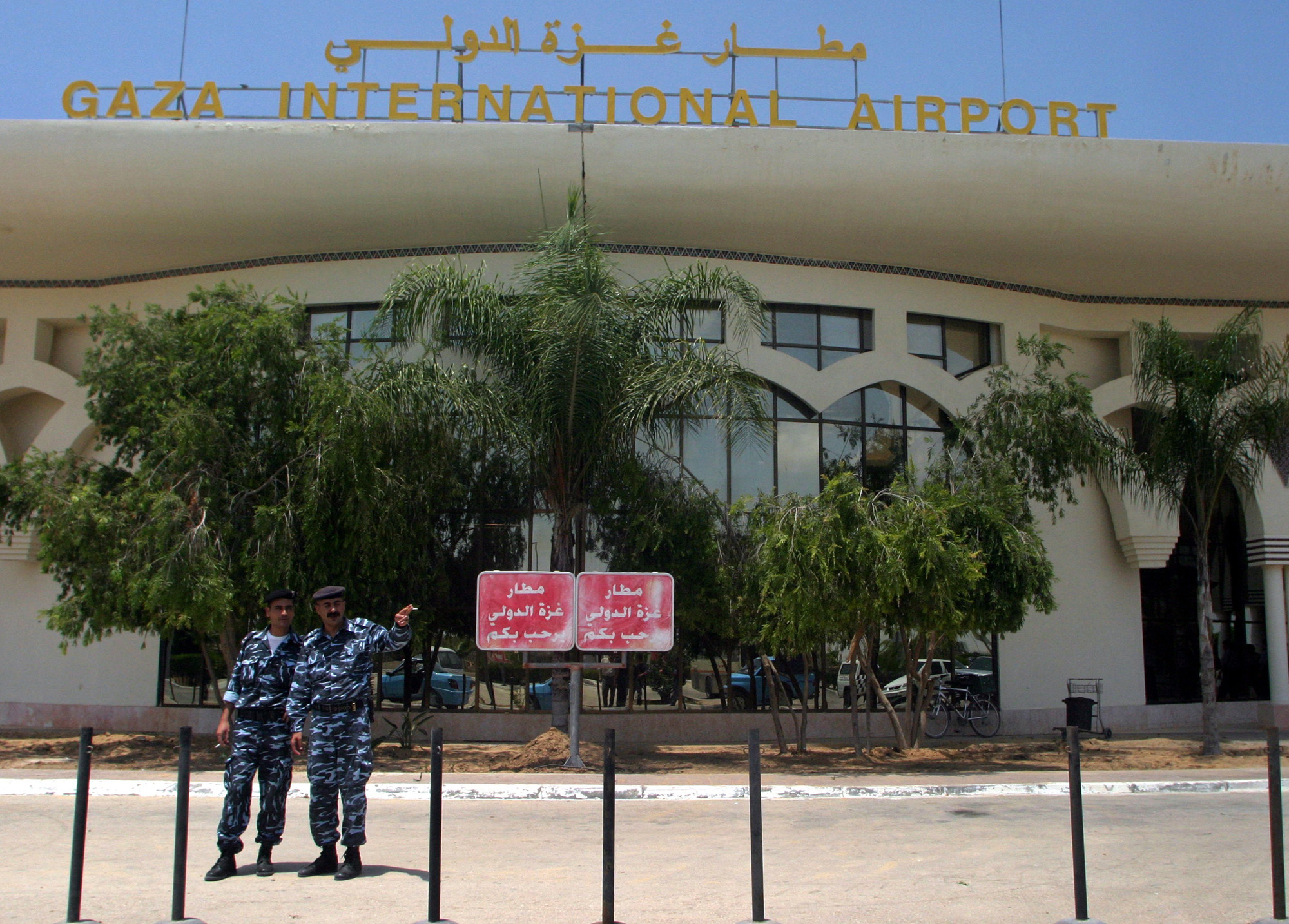 A pair of lonely guards stand in front of the defunct Palestinian airport in Gaza. The equally defunct Palestine Airlines hasn’t flown a flight in almost 20 years, but the corrupt Palestinian Authority budgets tens of millions every year for “airline/airport operations.”

The Palestinian Authority (PA) has been a hotbed of corruption, financial mismanagement and swindling since its birth in 1993 under Yassir Arafat. The financial plunder and utter dishonesty have always been impediments to Palestinian self-rule and peace with Israel.

Arafat’s successor, President Mahmoud Abbas—now serving the fifteenth year of his four-year term of office—has elevated the crookedness of PA finances to a level of dishonesty that even Arafat might admire. The misappropriation of billions in Western aid into the pockets of PA cronies—and lack of financial transparency or any sort of accountability—make the realization of Palestinian aspirations more unrealistic day by day.

Thankfully, America has discontinued direct aid to the PA, due to the PA’s insistence on rewards for convicted terrorists under their repulsive “pay-for-slay” program. Israel has reduced its transfer of funds to the PA by the amount used in that despicable program. In response, the PA has for months refused to accept any transfers from Israel less than the full amount it is due—and has thus proclaimed a financial crisis of the group’s own making.

But since roughly 40% of the PA’s multi-billion dollar budget is stolen through rampant theft in Ramallah and beyond, the PA’s financial crisis is largely an illusion.

For example, over 100 PA employees work for the Central Elections Commission (CEC)—despite the fact that there have been no elections there since 2006. A few hundred more work for Palestine Airlines—which hasn’t made a flight since 2001, when Israel bombed Gaza International Airport, at the height of the Second Intifada. Most of these “workers” are Mahmoud Abbas’ cronies’ clan-members, and most never show up to collect their paychecks, since direct deposit saves them the trouble.

The latest public opinion poll, conducted by the respected Palestinian research group, AMAN, shows that over 95% of Palestinians think the PA is utterly corrupt. This number hasn’t shifted much in recent years, which explains why, in the last Palestinian legislative election in 2006, Hamas—arch-rival of Abbas’ clique—received a majority in the Palestinian Legislative Council (PLC). Hamas was broadly perceived as less corrupt than Abbas’ group.

The result of that election was Abbas’ unilateral suspension of the PLC, which hasn’t met in over a decade. It also resulted in the ultra-violent Hamas coup in Gaza the following year. The dual—and duelling—Palestinian regimes in Ramallah and Gaza City have made any movement toward peace with Israel almost unimaginable. How does one achieve a “two-state solution” among three mutually hostile entities?

In his latest unilateral and unsanctioned gambit, Abbas has formally dissolved the inert PLC. The main reason is that the Hamas-affiliated speaker of the PLC was next-in-line for president if something should happen to Abbas—either succumbing to his advanced age or his loss of the presidency in an actual election.

In fact, Abbas’ entire hold on absolute power in the PA is predicated on the systemic corruption over which he presides. He and his sons possess monopoly power over most economic sectors of the Palestinian economy—from cement to telecommunications, and from gasoline to the Coca Cola bottler outside Ramallah. These PA-granted monopolies have a death-grip on the economy, skimming massive amounts of money from over-priced products and stifling the development of any semblance of real private enterprise.

The feather-bed jobs essentially cement personal loyalty to Abbas and his partners-in-crime. They also ensure an unending chain of kickbacks to Abbas personally and to his family and cronies. The Panama Papers—detailing offshore secret accounts in various offshore money-havens—included most of the senior members of the Abbas inner circle.

All of this helps to explain why there has been almost no political or economic progress in the territories in a quarter of a century of PA rule—let alone peace with Israel. The security services consume over 44% of the PA’s budget, and are filled with cronies and Fatah terrorists, effectively on state pensions. Despite this enormous police complement, crime is rampant, and most of the security funds seem to go into a dark hole of unaccountability.

Even budgets that seem promising, like the $17.9 million quarterly budget for the Palestine Development Agency, are rerouted to the benefit of Abbas or simply disappear into unaudited “miscellaneous” accounts. Of that “development” budget, $9.4 million went for Abbas’s private airplane, and $4.4 million went to an account called “other.”

The real problem, ultimately: any peace agreement leading to greater Palestinian autonomy will have to include rigid provisos for accountability—far greater than the wispy promises of Oslo. That is the last thing Abbas and Co. want. Also, any elections for a permanent Palestinian government are almost certain to result in the trouncing of Abbas’ PLO and Fatah parties, and the election of Hamas—which neither Israel nor the PA would abide. Forgetting about policy issues, such a loss of the reins of power would simply be too expensive for Abbas and his buddies.

Until the world donor community, including the European Union, Arab donors and numerous non-governmental agencies force a major clean-up in Ramallah, efforts at a political settlement with Israel will be stillborn, or will result in the birth of a Palestinian civil war that may consume the entire region in terror, bloodshed and a mere redistribution of power and wealth in the vast kleptocracy that is the current Palestinian Authority.

In discussions with friends, family and colleagues, emphasize to them that the rottenness in the Palestinian Authority is one of the major impediments to any political solution in the Middle East. Explain that the “tough-love” approach of the United States toward the Palestinian thieves is necessary if something resembling political maturity is ever to come to the Palestinian entity, and that outside funders of the rampant corruption in the PA are directly impeding any moves toward a realistic, peaceful settlement.