FLAME
X
Put text, tables or any other HTML contents here, as you would put in any other HTML page. ..... and more.
Skip to content
Home » Despite vicious attacks on Israel by the media, the U.N. and Islamists, we continue to win!
The “Jesus was Palestinian” hoax: Sarsour and Omar push an old Big LieJacques Gautreaux2019-07-16T09:23:04-07:00 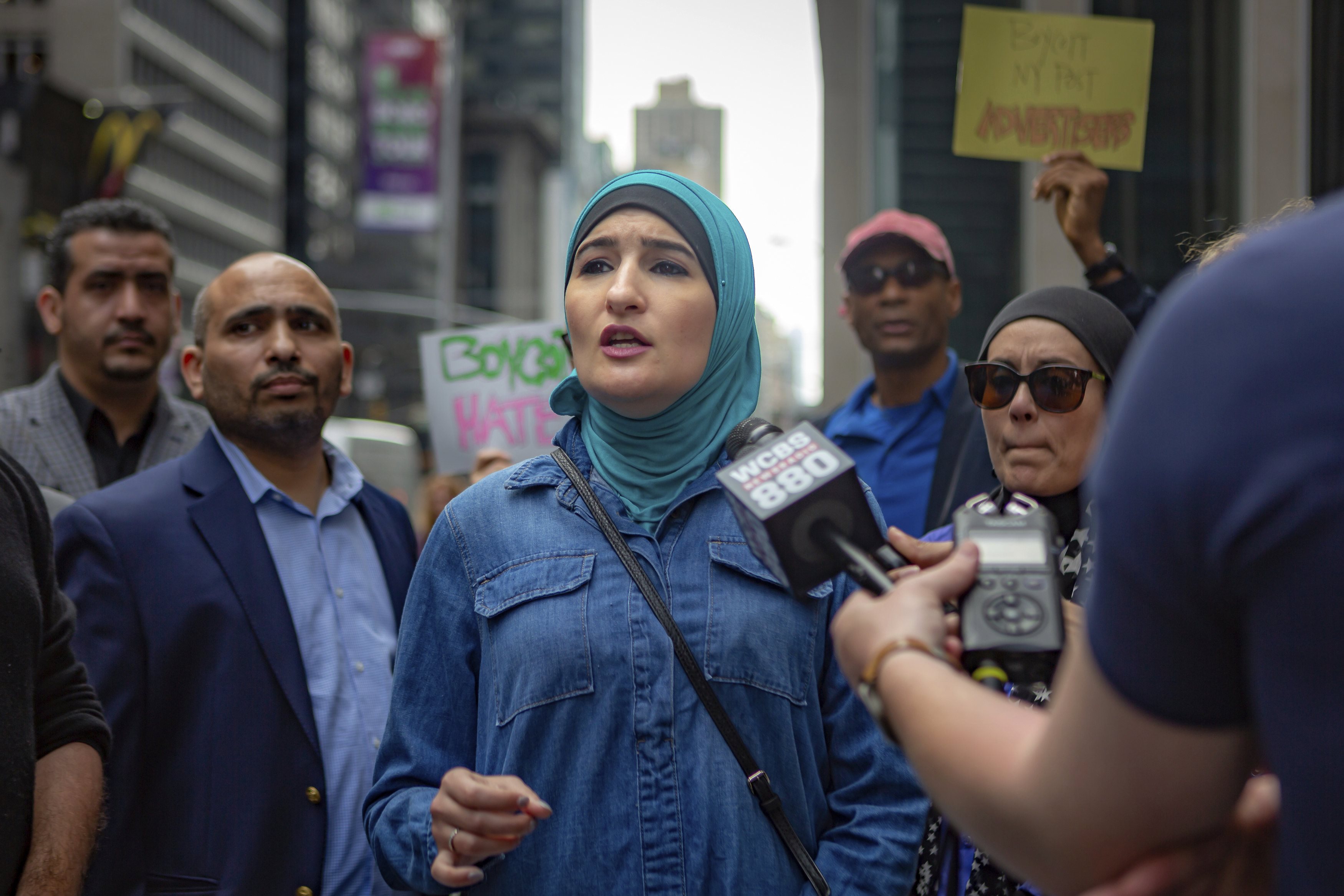 Pro-Palestinian militant Linda Sarsour leads a protest against the New York Post for criticizing fellow anti-Semite U.S. Rep. Ilhan Omar (D)—both of whom have promulgated the “Big Lie” that Jesus was Palestinian.

The “Jesus was Palestinian” hoax: An old Big Lie gets new legs from Sarsour and Omar

A remarkable component of the Palestinian Arab political strategy is a consistent, concerted effort to rewrite ancient history. For reasons we’ll see, the strategy is called the Big Lie.

This Big Lie has three major objectives: 1) Establish a Palestinian people when there was none; 2) place Palestinian Arabs in the Holy Land long before Arabs actually arrived there; and 3) characterize Jews as religious adherents, not a people.

A brief, but explosive tweet from leftist Muslim militant Linda Sarsour recently managed to pack all three lies into one statement. She wrote, “Jesus was Palestinian of Nazareth and is described in the Quran as being brown copper skinned with wooly hair.” She noted that this doesn’t negate Jesus being a Jew, because “Palestinian is a nationality not a religion.”

Of course, Sarsour’s statement is full of contradictions, primarily since the Romans didn’t change the name of this region from Judea to Palestine until about 135 CE, long after Jesus’ death: There was no Palestine during Jesus life, and therefore no Palestinian nationality.

Of course, there also were no Arabs in the Holy Land until about 650 CE, so there couldn’t be a Palestinian Arab nationality then, either. Indeed, there’s no historical mention of a group of Arabs identified as Palestinians until the 1960s, so today’s Palestinians were not called that until very recently.

Indeed, the first Palestinians—both in ancient times and in modern times were the Jews, who lived in the Holy Land when it was originally called Palestine and who in the early 20th century gave their institutions such names as the Palestine Symphony Orchestra, the Palestine Post and Palestine Electric Co.

But Sarsour is not the first Palestinian Arab partisan to force on Jesus a Palestinian nationality. Palestinian spokespeople have been peddling this hoax for decades, most notably by Yasser Arafat advisor Hanan Ashrawi, who told the Washington Jewish Week back in 2001 that “Jesus was a Palestinian.”

More recently, Reverend William Barber II, speaking to the 2016 Democratic National Convention, referred to Jesus as a ” brown-skinned Palestinian Jew“—in other words, a Palestinian national of the Jewish faith. By all accounts, hardly an eyebrow was raised at this bizarre notion by convention delegates.

On April 19, 2019, an op-ed in the New York Times by Eric V. Copage revived the hoax, claiming that “Jesus, born in Bethlehem, was most likely a Palestinian man with dark skin.”

This pattern of relentless hammering a blatant falsehood is of course not unknown. Nazi propaganda expert, Joseph Goebbels, maintained that, “If you tell a lie big enough and keep repeating it, people will eventually come to believe it.”

Dr. Mordechai Kedar, a senior lecturer in the Department of Arabic Culture at Bar-Ilan University, explained Rep. Omar’s (and by extension Sarsour’s) use of the Big Lie to Breaking Israel News by observing, “Omar is stating that Jesus was Palestinian because he was born in Palestine. She believes this to be true for anyone and at any point in history, since Palestine has existed since the creation of the world. Therefore, any person who has ever lived here, including all the people described in the Bible and the New Testament, were Palestinians.”

While both Sarsour and Omar have long established their anti-Semitic bona fides, telling Big Lies about the Jewish people’s inalienable rights to a state in Palestine is apparently no obstacle to many mainstream media and politicians who accept such calumnies without shame.

Suffice it to say that those who believe history is sacred—that it enlightens our present and guides our future—are obligated to rise up against those who trample the truth. The Big Lie can only be defeated by louder, more powerful voices.

I hope in your conversations with friends, family and colleagues you’ll use the “Jesus was Palestinian” hoax as an object lesson for understanding—and triumphing over—those who practice the Big Lie.

In addition to advocating for an end to lies about Jews and Israel from Palestinians, I hope you’ll also take a minute, while you have this material front and center, to visit FLAME’s lively new Facebook page and review the P.S. immediately below. It describes FLAME’s new hasbarah campaign—a refutation of the myth of “Palestinian territories.”