FLAME
X
Put text, tables or any other HTML contents here, as you would put in any other HTML page. ..... and more.
Skip to content
Home » Despite vicious attacks on Israel by the media, the U.N. and Islamists, we continue to win!
Palestinian Rejection and Middle East History Are Rapidly Diminishing the Possibility of a State _April 30, 2019Jacques Gautreaux2019-04-29T14:40:24-07:00 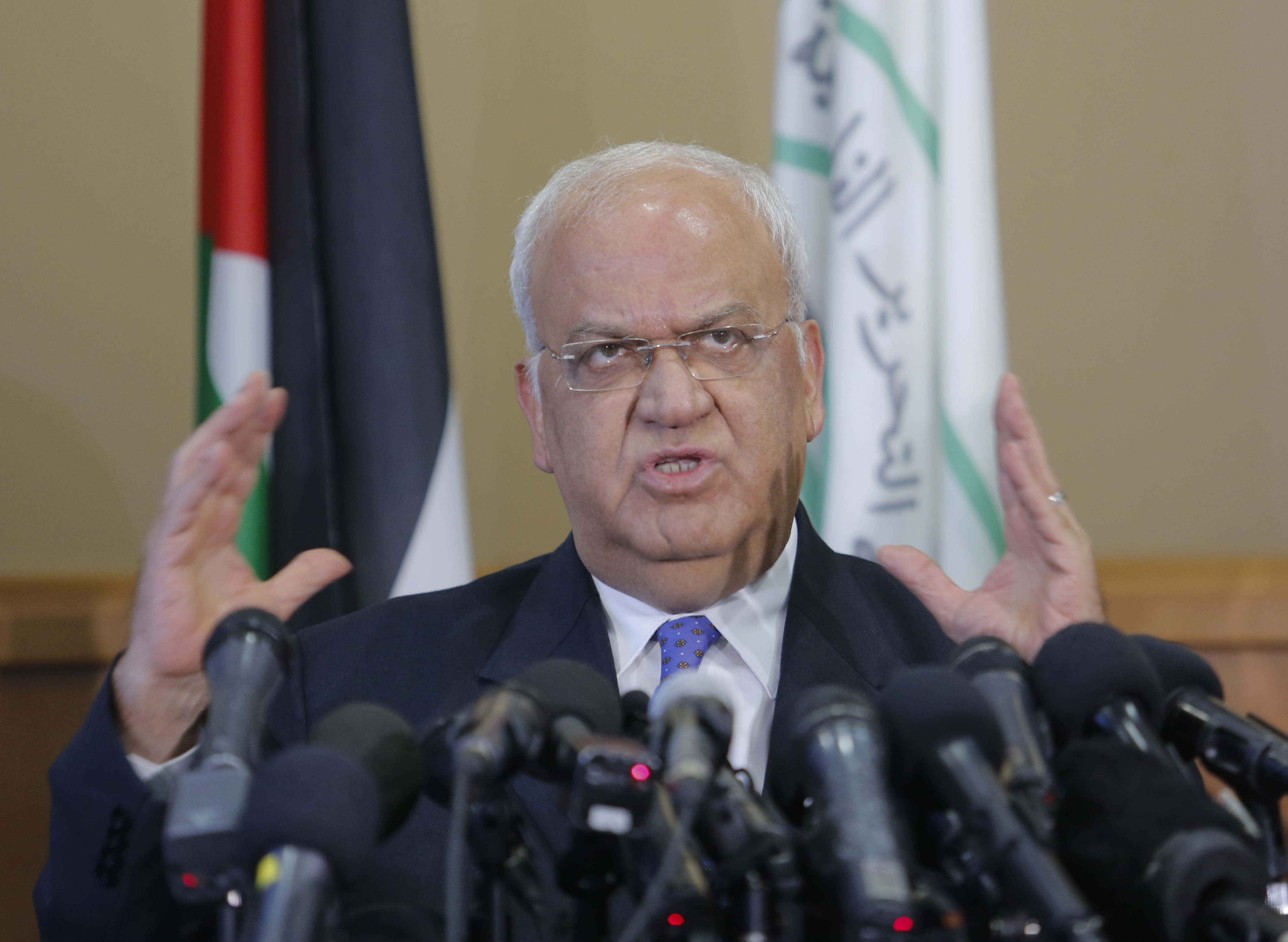 Saeb Erekat, long-time Palestinian negotiator and aide to Mahmoud Abbas, recently continued the Palestinians’ decades-long litany of peace rejections by refusing to consider an upcoming proposal to be submitted by the Trump administration, though the Palestinians have not seen the plan.

For Palestinians, History and Their Own Bad Choices Are Rapidly Diminishing the Possibility of a State

For decades, the Palestinians have believed that time was on their side—that they would eventually defeat Israel and drive the Jews out of the Holy Land. Yet with each passing day, Palestinian leverage diminishes, to the point today that a sovereign Palestinian state now seems barely a remote possibility.

As Israel gains economic strength and global influence—U.S. News & World Report just named it the world’s 8th most influential nation—the Palestinians sink further into hopelessness and economic depression. This is only hastened by its incompetent feuding dictatorships—Fatah in Judea-Samaria (West Bank) and Hamas in Gaza.

When the Oslo Accords were signed 25 years ago, the majority of Israelis supported plans to make peace with the Palestinians, and specifically a two-state solution. In 2000 and 2008, Israeli prime ministers, with U.S. backing, offered the Palestinians a state in about 98% of the West Bank and a capital in Jerusalem—both of which offers Palestinian leaders rejected.

Today—following two Palestinian Intifadas, in which some 1,300 Israelis were killed, and decades of other murderous terrorist acts, with virtually no compromise offers by Palestinians for peace—only 34% of Israelis support a two-state solution.

Clearly, frustration with Fatah intransigence on peace, plus continued missile attacks by Hamas, have driven Israelis to the right. Whereas the center-left Labor party dominated Israeli politics for generations, Labor captured only 5% of the seats in parliament in the most recent elections, while right-leaning parties, led by Netanyahu’s Likkud, took 65% of the seats.

Thus, the two-state solution—leading to a sovereign Palestinian nation—is virtually a non-starter in Israel. Indeed, today, some 42% of Israelis support some type of annexation of land in Judea-Samaria that is currently controlled by Israel.

In June, the long-awaited Trump peace plan is due for unveiling. No matter what its tenets, the Palestinians have already rejected it—so it’s dead on arrival.

But the Trump plan, along with other initiatives already undertaken by the Trump administration, plus major changes recently in the Middle East political terrain, will change the global conversation about peace with the Arabs indelibly—no matter which party wins the next U.S. election. The big losers in that conversation are the Palestinians.

Beyond the borders of the Holy Land, the greater Middle East has been rocked by two Iraq wars, the Arab Spring fiasco, the Syrian civil war, the rise and fall of al-Qaeda and the ISIS caliphate, and the ascendency of jihadist forces Hizbollah, Hamas and nuclear-ambitious Iran.

While the U.S. and Israel were willing to risk a corrupt and wobbly Palestinian state in the early years of this century, that willingness has virtually disappeared in Israel and seems increasingly scary to both the right and center of the U.S. political spectrum.

Even more important, Trump has effectively taken Israel’s sovereignty over Jerusalem off the table, has finally stopped U.S. funding of Palestinian salaries for terrorists, has stopped financial support of the Palestinian-jihad-supporting UNWRA, has pulled the U.S. out of the ultra-anti-Israel U.N. Human Rights Council, and blessed Israeli rule over the Golan Heights.

These initiatives alone would suffice to move markers unalterably down the field—even if some of them are upended or modified by a future administration.

But now a Trump peace plan will inevitably contain eminently reasonable offers of an improved political and economic living situation for the Palestinians. Their rejection of them will again expose their recalcitrance—and make it more difficult for subsequent administrations to turn the clock back in future negotiations.

The lesson for the hapless Palestinians is clear, at least to everyone but their leaders: Every refusal of peace with Israel, every delay in reaching a compromise, every day longer they cling to the dream of expelling the Jews from “Palestine” diminishes the possibility of independence, peace and prosperity for the Palestinian people.

Next time you see an op-ed or hear a friend blaming Israel or Benjamin Netanyahu for the lack of a Palestinian state, I hope you’ll speak up—clarify that it is Palestinian choices alone that are responsible for their plight. They have, as Israeli diplomat Abba Eban once suggested, never missed an opportunity to miss an opportunity. Sadly, they’ve squandered many, many that will never come again.

I hope you’ll also take a minute, while you have this material front and center, to visit FLAME’s lively new Facebook page and review the P.S. immediately below. It describes FLAME’s most recent hasbarah campaign—on whitewashing misrepresentations made by the media and, alarmingly, by some politicians, about the insidious Boycott, Divestment and Sanctions (BDS) movement.