FLAME
X
Put text, tables or any other HTML contents here, as you would put in any other HTML page. ..... and more.
Skip to content
Home » Despite vicious attacks on Israel by the media, the U.N. and Islamists, we continue to win!
It’s Time for the U.S. and NATO to Give Belligerent Turkey the BootJacques Gautreaux2019-10-28T11:42:11-07:00 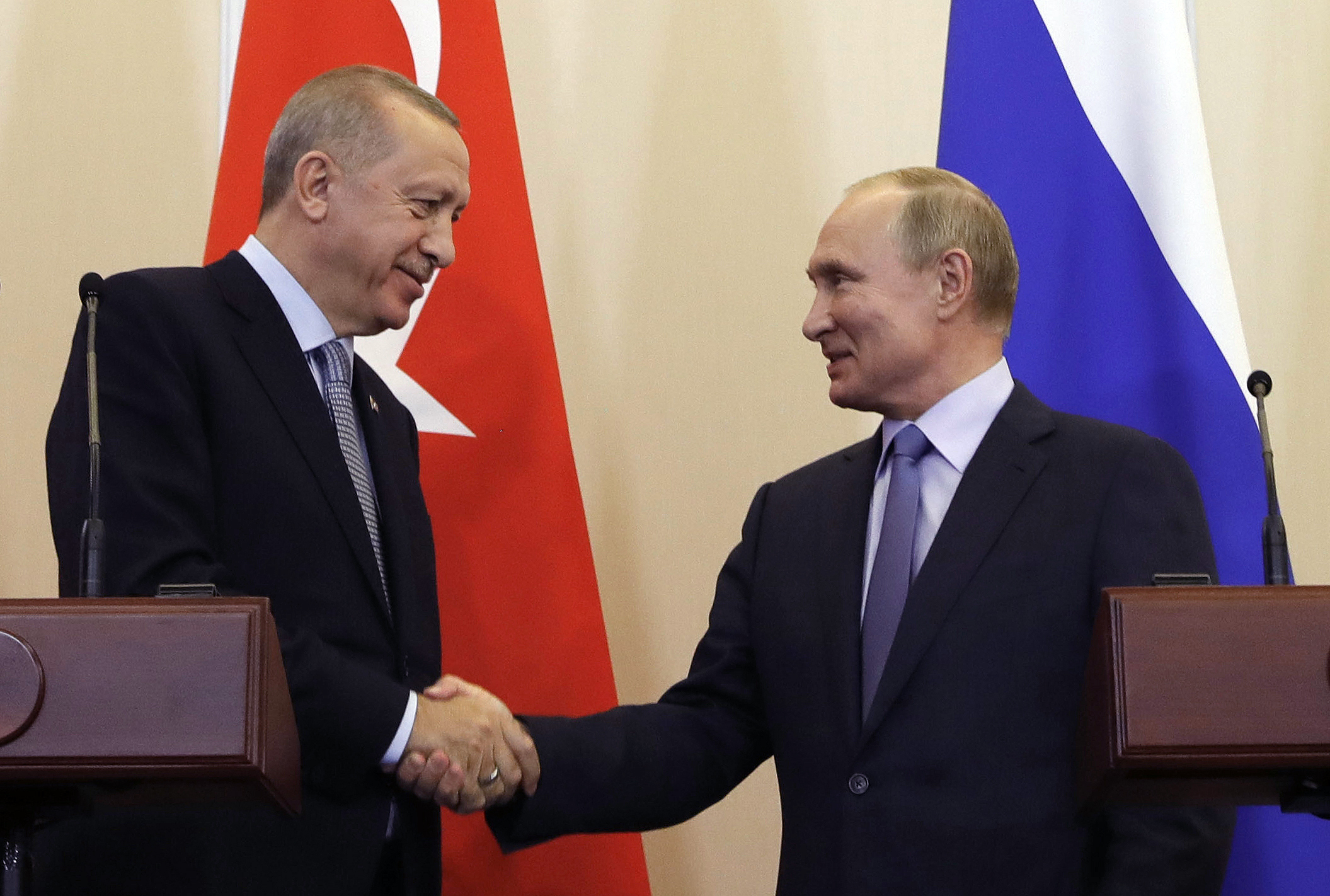 Turkey’s President Erdogan and Russia’s President Putin cement their alliance in Syria, one more step that threatens the goals of the U.S. and its allies and underscores the wisdom of expelling Turkey from NATO.

It’s Time for the U.S. and NATO to Give Belligerent Turkey the Boot

American arms control experts say the U.S. Air Force is worried about the security of some 50 American B-61 nuclear bombs in storage at the Incirclik air base in Turkey, and some believe they should be removed.

Turkey’s behavior has become so incorrigible that other foreign policy experts believe it’s time for the U.S. and the North Atlantic Treaty Organization (NATO) to boot Turkey out of the alliance.

No wonder. Despite a long, friendly relationship with Turkey for decades, Ankara under Islamist strongman Recep Tayyip Erdogan has become increasingly belligerent toward the U.S. and our allies, especially Israel and most recently the Syrian Kurds.

Turkey’s invasion of Syria this month to subdue U.S. Kurdish allies has generated condemnations from Western European and Arab nations, as well as from Russia, India, China and, surprisingly, even Iran.

But this is only the latest dust-up: Erdogan’s Turkey is guilty of a string of international offenses.

• Erdogan frequently issues anti-Semitic calumnies, is a reliable foe of Israel and in 2010 attempted to run Israel’s blockade of Gaza, which ended in the deaths of 10 Turkish activists.

• Turkey deployed a team of thugs to the streets of Washington, DC to abduct anti-Erdogan Turkish activists.

• Turkey illegally occupies most of Cyprus.

To make matters worse, Turkey is a member of NATO, the alliance’s only Eurasian member—all others are North American or European, but Turkey has been in the group since 1952. Under Erdogan’s leadership, Turkey has moved further from the goals and policies of other NATO members, often standing in stark opposition to the body’s will, as it is doing in Syria.

Vice President Mike Pence last week insisted that “The United States of America is not going to tolerate Turkey’s invasion of Syria any further.” Defense Secretary Mark Esper is encouraging NATO members to take “diplomatic and economic” measures against Turkey. The President threatened Erdogan with devastating economic sanctions, and Secretary of State Mike Pompeo noted that “military action” may be needed.

In other words, the U.S. is unprecedentedly threatening economic and even military war with a fellow NATO member. Some six European countries have suspended arms sales to Turkey—hardly the behavior of allies.

Erdogan, however, remains defiant, despite negotiations with Pence and the Russians. He seems determined to secure a stretch of Syrian territory currently controlled by the Kurds in order to push the Kurds back from the Turkish border and populate the region with millions of Syrian refugees now in Turkey.

In short, it’s contradictory that an alliance like NATO, made up of liberal, democratic nations originally to counter the bullying threat of Russia, should count Turkey among its members.

Not only does Turkey undermine the interests of NATO members, but it is increasingly sidling up to Vladimir Putin, going so far as to purchase Russian weaponry that can be used to defeat NATO armaments.

While removing Turkey from NATO would mark a sea-change in U.S. and NATO policy—and would surely drive Erdogan more resolutely into Putin’s arms—it is a step (or a threat) that would certainly get Ankara’s attention. It would also increase the global security of the U.S. and other NATO members.

While we’re at it, let’s remove those American nuclear bombs to a more friendly country.

I hope in conversations with friends, family and colleagues, you’ll point out the toxic role that Turkey plays regarding the U.S.’ and Israel’s global interests and that it’s time to give Mr. Erdogan and Co. the boot from NATO.