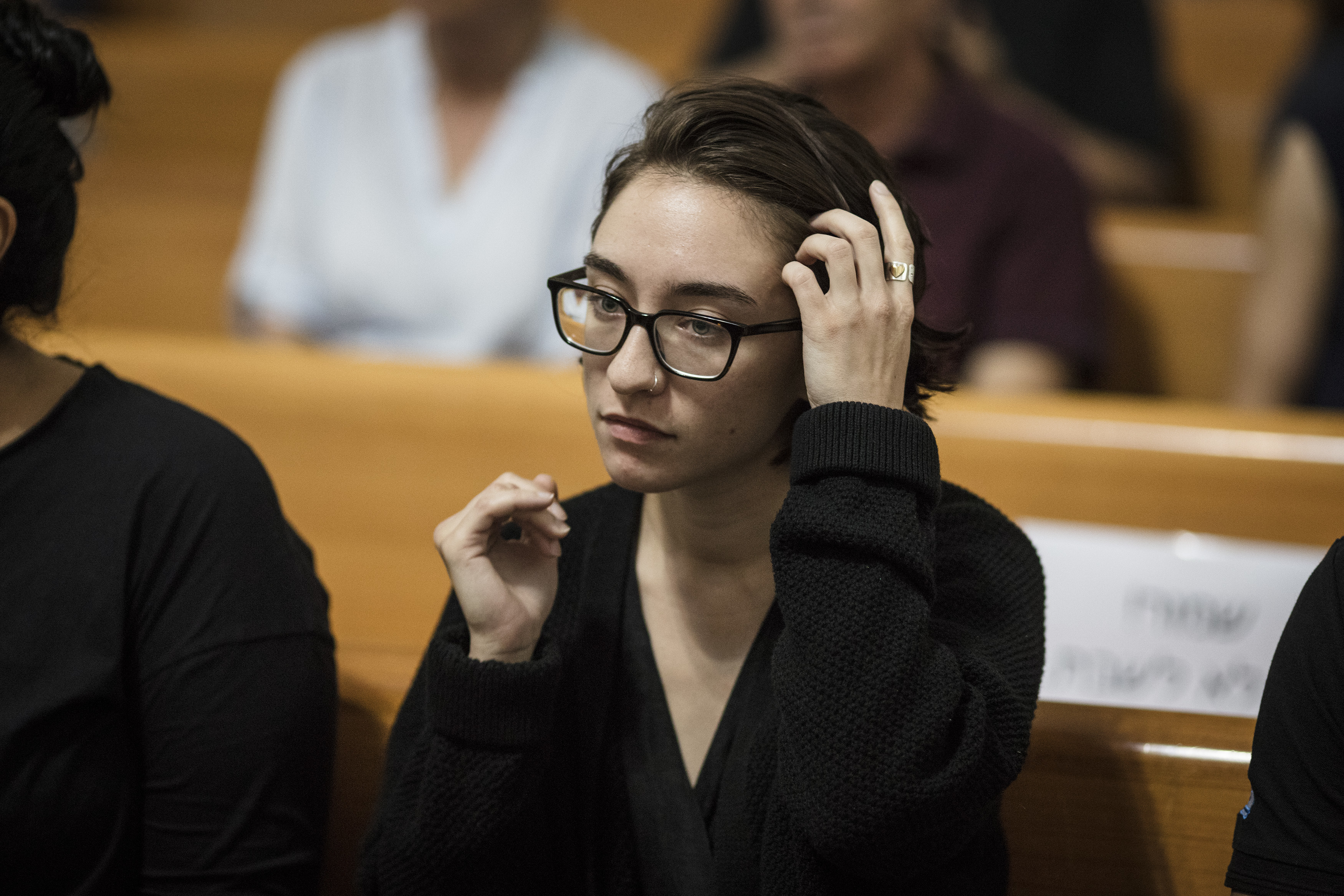 Is Israel a democracy where the rule of law rules? The recent cause celebre of BDS activist Lara Alqasem raises—and answers—the question. Unfortunately, the answer is most unsatisfactory.

The first question is, should the former Students for Justice in Palestine (SJP) chapter president have received a visa in the first place? Answer: No.

Israel, like most every other country has the right to bar from entry people it deems dangerous for whatever reason, and Israel has a law prohibiting entry to those who advocate for the Boycott, Divestment and Sanctions (BDS) movement.

No wonder. BDS is unquestionably an anti-Semitic movement in that it opposes the existence of the Jewish state. Indeed, Israel’s Supreme Court has upheld the law, which characterizes BDS as “political terrorism” and supports Israel’s desire to deny benefits to those seeking to undermine the State of Israel.

Despite attempts by supporters of BDS—and lawyers for Alqasem—to argue that it is merely “critiquing” Israel, both BDS and SJP members openly advocate for the destruction of the Jewish homeland in Israel.

Which raises the next question—should the Supreme Court have overruled Israel’s law, its immigration authorities and two lower courts? According to the law itself and the court’s previous interpretation, the answer would also clearly seem to be, “no.”

But Israel’s Supreme Court is supremely dysfunctional. Since Israel has no constitution, its highest court often interprets laws as it sees fit, often in contravention of the laws themselves.

In this case, the court held that since invalidating Alqasem’s visa “was due to the political opinions she holds,” as opposed to her actual actions, the government’s barring her constitutes “an extreme and dangerous step, which could lead to the crumbling of the pillars upon which democracy in Israel stands.”

On the other hand, professor Eugene Kontorovich of Northwestern University noted that “whatever one thinks of the dangers to democracy from denying entry to BDS activists, the dangers are much greater from a court—with no legal basis other than its view of what is right—micromanaging and essentially taking government decisions about border control.”

In short, Israel is a democracy—hallelujah to that—but a deeply flawed one. In democratic Israel, a known subversive trying to enter the country can appeal to three courts and finally be admitted—in clear violation of the law. Such an outcome would be unthinkable in virtually any other country in the world.

Which brings us to this week’s featured FLAME Hotline article (see below), an outspoken analysis by Ynet News columnist and author Ben-Dror Yemini. He argues not only that the Supreme Court decision was unreasonable, but that it is the court itself that threatens democracy.

Please pass this brief, but powerful piece to friends, family and fellow congregants to help them understand why despite incessant media complaints about Israel’s “right-wing government,” the Jewish state is still one of the most liberal and tolerant democracies in the world.

I hope you’ll also join the fray at FLAME’s lively new Facebook page and review the P.S. immediately below, which describes FLAME’s recent hasbarah campaigns exposing another source of Palestinian failure—their dueling dictatorships in Gaza and the West Bank. I hope you agree with and will support this message.

The Supreme Court determined the decision to deny Lara Alqasem entry to Israel was ‘unreasonable’ after both government ministers and two lower courts found the decision reasonable. It seems there’s confusion between the rule of law and the rule of judges.

It is possible, it is definitely possible, that the State of Israel should’ve allowed Lara Alqasem to enter the country from the outset. The damage that may have been done to Israel by denying her entry, as quite a few articles argued, sometimes exceeds the benefits of enforcing the law.

But with all due respect to the writers of these articles, article D(2) of the Entry Into Israel Law clearly states that: An entry permit will not be granted to someone who is not an Israeli national “if he, the organization or the body he acts on behalf of knowingly issues a public call for boycotting Israel.”

There is no argument that the government’s ministers acted in accordance with their authority. But the Supreme Court reversed the decision on Thursday because, in the opinion of the honorable justices, it is unreasonable: “Alqasem’s desire to study in Israel is in contradiction with the idea of boycotting Israel.” Excuse me?! Do these judges live in Israel?

After all, Israel’s universities have both lecturers and students who support the boycott movement. And the boycott movement’s most prominent leader, Omar Barghouti, was, and perhaps still is, a student at Tel Aviv University. He’s travelling around the world and preaching for the eradication of Israel. Is his or Alqasem’s insistence to study at an Israeli university an indication of anything?

I could go on with more and more arguments mentioned in the decision, but there is not enough space to cover all of them. Because the problem with the ruling was and remains in the determination that the decision to deny Alqasem entry was unreasonable.

The range of reasonable responses is supposed to be broad. Very broad. Otherwise, the executive branch’s discretion should be revoked and transferred to the jurists. Some citizens would disapprove of the decisions made under the executive branch’s discretion. But if everything citizens-mostly if they belong to the media and academic elite-disapprove of becomes unreasonable, we could declare democracy dead.

Furthermore, two lower courts have already ruled that the decision was reasonable. Meaning, common sense says that if both government ministers and two judges in two courts consider the decision reasonable, it necessarily falls within the range of reasonable responses. But not for the Supreme Court justices, that the more they minimize the range of reasonable responses, they minimize democracy. And in general, based on the rule created on Thursday, any BDS supporter could say he changed his mind and infiltrate Israel.

The absurd in the reasonability claim becomes far more disturbing when checking the list of those denied entry in other democratic countries. Britain denied entrance to American nationals Michael Alan Weiner (Michael Savage) and Shirley Phelps-Roper, as well as Israeli politician Moshe Feiglin because of their views. The US denied entry to Swiss academic Ramadan Tariq, British teen Luke Angel and Liza Maza from the Philippines because of their views. And there are many others. They were not members of organizations that reject the right to exist of the countries that denied them entry. But in Israel, as late judge Menachem Elon once said, there’s sometimes confusion between the rule of law and the rule of the judges. On Thursday we saw another example of that.s that are genuinely interested in the cause of peace to do the same.