FLAME
X
Put text, tables or any other HTML contents here, as you would put in any other HTML page. ..... and more.
Skip to content
Home » Despite vicious attacks on Israel by the media, the U.N. and Islamists, we continue to win!
Israel’s Communities in Judea/Samaria Have Always Been LegalJacques Gautreaux2019-12-02T14:52:11-07:00 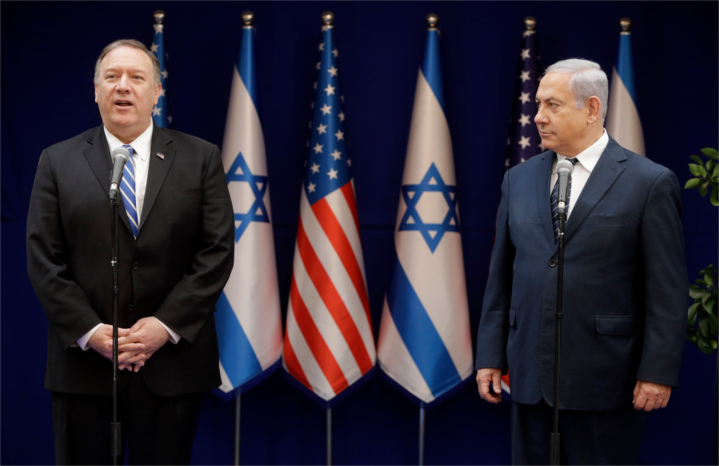 Israel’s Communities in Judea/Samaria Have Always Been Legal

The world was shaken up last week by a seismic shift in the American position on Israeli communities in Judea and Samaria, which were only first established after the 1967 Six-Day War. The outrageous thing about the world’s reaction—and how long it’s taken for America to again support the truth—is that there should never have been any question about the legality of these Jewish towns and cities.

The denunciations of the “new” American policy would be shocking—except for the cynical, deluded, and unfair positions of so many countries around the worldwide in matters concerning Israel and the Middle East.

Secretary Mike Pompeo declared, after significant study by State Department analysts and historians, that the U.S. now officially considers Israeli communities across the 1949 armistice lines in Judea and Samaria were legal under international law. This was a direct repudiation of the Carter position, and restored the considerably saner position first advanced by the Reagan administration and never repudiated thereafter until Obama’s waning days in December, 2016.

Since the 1967 armistice, various UN advisory statements and resolutions have condemned the new Jewish communities. The UN and the world community invariably refer to these Jewish communities as “settlements”—a term that conjures the image of scattered log cabins in the wilderness, not booming cities like Ma’ale Adumim or Modi’in Illit, whose population is approaching 75,000.

A short historical summary provides a powerful case for Israel’s prevailing legal rights over the area properly known as Judea and Samaria.

This territory fell into Israeli hands as a result of Jordanian—and other Arab states’—aggression in June, 1967, along with the Sinai Peninsula, Gaza, and the Golan Heights. The area of Judea and Samaria—longstanding Biblical names for the area—was renamed by the Jordanian government after the armistice in Israel’s 1948 War of Independence as “the West Bank” of the State of Jordan.

No country but Pakistan recognized Jordan’s claimed sovereignty over the West Bank, but the “West Bank” name stuck, and that is how the media and most people identify that territory.

A valid question to ask is: Why would the world continue to use that artificial name, which is a vestige of an illegal Jordanian war of aggression in 1948? Answer: Score one for Palestinian propaganda.

Another question: since no major country or world body recognized Jordanian sovereignty over the territory, whose territory is it—whether it’s called the West Bank or Judea and Samaria? And that brings you to the nub of the issue of Israeli “settlements in the occupied territories.”

The last undisputed sovereign over Judea and Samaria was Great Britain, conferred that status as the Mandatory Power after the defeat of the Ottoman Empire in World War I, established at the 1920 San Remo Conference. Britain’s sovereignty was officially declared and secured by the League of Nations the following year.

After World War II, the United Nations inherited the role of the League of Nations, and under UN Charter Article 80, Britain continued its sovereign Mandatory power in Palestine.

In May, 1948, Britain renounced its Mandate, letting the chips fall where they may.

The entire area that is now Israel and Judea/Samaria lacked a sovereign power—until David Ben-Gurion announced the State of Israel. When Jordan invaded and took control of Judea/Samaria, it asserted its purported sovereignty. Jordan conferred Jordanian citizenship on the stateless Arabs in this territory, to which these Arabs did not object.

But, again under the UN Charter, land acquired through wars of aggression could not be claimed by conquerors as sovereign territory. Virtually no one—including the United Nations—accepted the outrageous Jordanian claim, meaning that Judea and Samaria still lacked a legitimate sovereign power.

By then, the United Nations had inherited the role of the League of Nations—but under UN Charter Article 80, Britain had continued its sovereign Mandatory power in Palestine.

If any nation had a legal right to assert sovereignty there, it was Israel—inheritor of sovereignty over that part of Palestine not stolen by Jordan.

When the UN Security Council passed Resolution 242 after the 1967 war, the UN formalized the armistice between the combatants, and provided rudimentary parameters for a permanent peace. In the entire text, the words “Palestine” and “Palestinian” were not even mentioned. This was because there was no Arab political organization of international standing to assert a right of sovereignty over Judea and Samaria.

Even the PLO’s charter, established three years earlier, renounced any claim of sovereignty on the “West Bank.” The only territory that the PLO wanted to “liberate” was the Zionist enterprise in Israel.

Only after Israel’s victory in 1967 did the PLO decide that the (former) West Bank area of Jordan was worth liberating.

In short, all that Secretary Pompeo asserted last month is that there is no sovereign power in Judea and Samaria that has standing to object to the establishment of Jewish communities.

Linked to this is his recognition that the Fourth Geneva Convention—which outlawed the forcible relocation of an aggressive conqueror’s population into victim territories—was not in any way applicable to voluntary Israeli communities established in an area with no clear sovereign. Indeed, Jordan gave up all sovereign claims to these territories three decades ago.

We can all argue about the political value of these Israeli communities, and the difficulty they may present in resolving the overall conflict—but Secretary Pompeo’s affirmation of American policy regarding the legality of these communities recognizes that Israel has not violated international law in allowing Jews to move to places that are “disputed”—and that were shared by Arabs and Jews prior to Jordan’s illegal takeover in 1948, when all Jews were expelled.

As for the Palestinian Arabs, they have no sovereign claim whatsoever since they have never had sovereignty over one square inch of land, anywhere and at any time.

Pompeo’s courage in repudiating the nonsensical idea that Jews are legally unwelcome in their indigenous lands should be celebrated by all people with conscience and a knowledge of the history of those lands.

In discussions with friends, family and colleagues, explain that the American action in recognizing the legality of Israeli communities in Judea and Samaria is in no way prohibited under international law. Emphasize that Jews should not be prohibited from moving onto state-controlled lands which are their historical patrimony. And remind them that the only justification for prohibiting Jews from establishing these communities—as the European Union is wont to do—is rank anti-Zionist and anti-Semitic racism.