FLAME
X
Put text, tables or any other HTML contents here, as you would put in any other HTML page. ..... and more.
Skip to content
Home » Despite vicious attacks on Israel by the media, the U.N. and Islamists, we continue to win!
Israel Supporters Who Despise Netanyahu Miss the Point _April 16, 2019Jacques Gautreaux2019-04-14T21:43:59-07:00 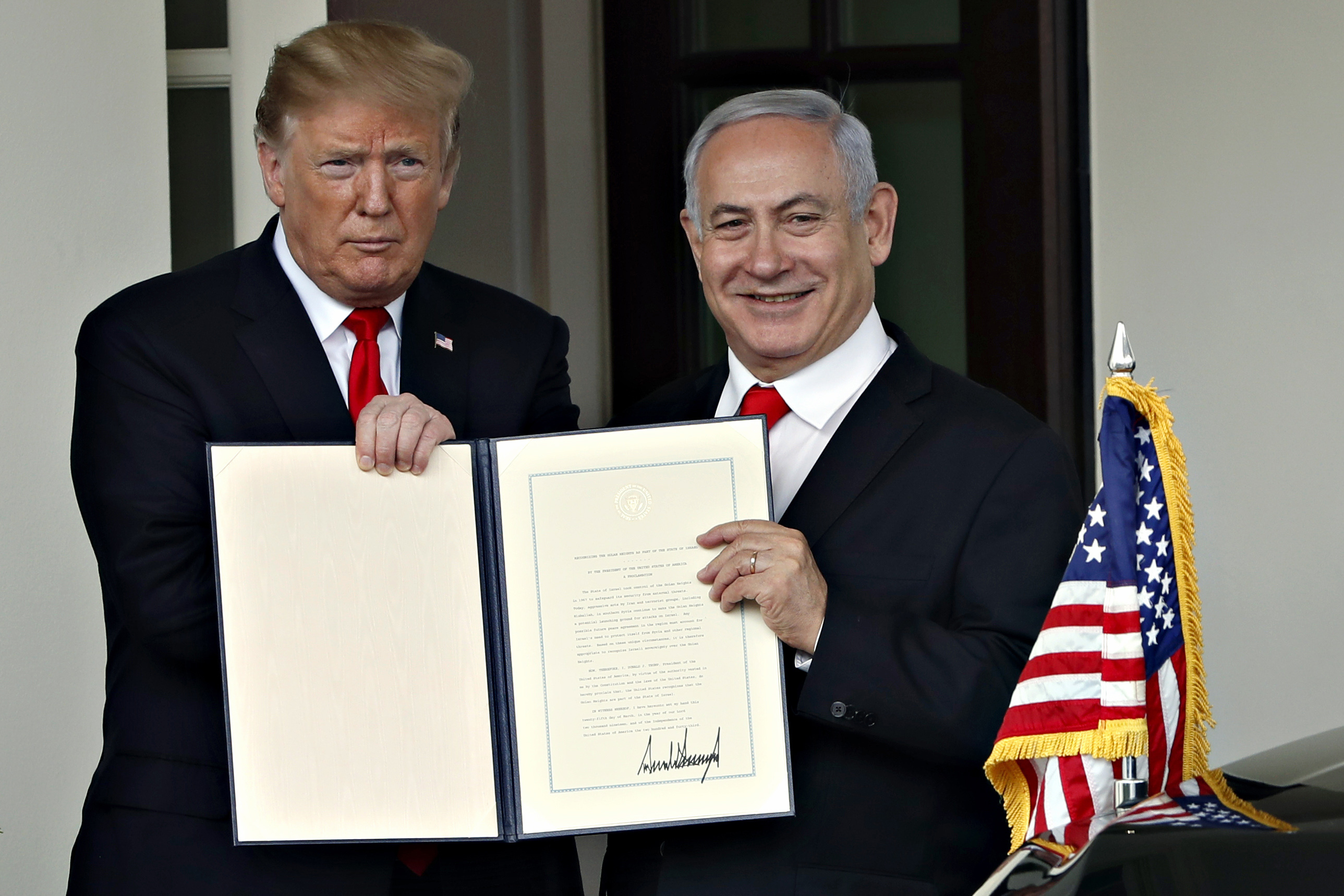 Prime Minister Netanyahu counts President Trump’s certification of Israel’s sovereignty over the Golan Heights to be one of his crowning achievements, but his friendly relationship with Trump, among other factors, causes many American Jews and other liberals to despise him.

Israel’s Prime Minister, Benyamin Netanyahu is a lightning rod for anger from both American Jews and other left-leaning Americans.

Those who despise Mr. Netanyahu for who he is (a ruthless politician) or what he has not done (forge a peace with the Palestinians, forbid Jewish settlement in Judea-Samaria, aka, the West Bank, sanction Reform services at the Kotel), miss the big point.

Not only is Netanyahu about to become (in July) Israel’s longest-serving Prime Minister, but in his last three conseccutive terms he has also has presided over one of the most extraordinarily positive periods in Israel’s history.

• Israel’s economy is booming: The standard of living continues to rise for most Israelis, and the country has become a global commercial powerhouse, particularly in technology.

• Security is tightly under control: Few Israelis have died at the hands of terrorists or in battle in recent years, and both Palestinian dictatorships are more or less contained.

• Israel for the first time enjoys civil (if not warm) relations with most Arab nations.

• Mr. Netanyahu has effected closer diplomatic and trade ties with China, India, the U.S., Russia, Japan and Brazil, as well as a handful of African and other Latin American nations.

• Israel is the 13th happiest country in the world according to the UN World Happiness Report—ahead of the UK, the US, France, Spain and Italy—and is the 10th healthiest country worldwide (the US is 35th), and its people enjoy the #1 healthiest diet in the world.

Yet MSNBC’s “Morning Joe” host Joe Scarborough recently lamented, “Some of us don’t understand why [Israelis] would keep reelecting Netanyahu. I certainly don’t . . . Because you think they would want a lasting peace, and he is certainly not ever going to do that.”

Scarborough ignores what most Israelis cannot ignore. Not only has Netanyahu made their lives better, but he’s also made them safer. And security for Israelis—unlike for comfortable Americans—is their number one issue.

Israel is encircled by vicious enemies who demonstrate their desire to destroy the Jewish state—and kill Jews—every day: Lebanese terror group Hezbollah and blood-thirsty, civil-war-wracked Syria to the north, Palestinian terrorist regime Hamas to the south, the implacable Jew-hating, terrorist-rewarding Palestinian Authority to the east, and hateful, ICBM-equipped Iran, now occupying Syria and hovering like a black cloud over all of Israel.

Despite the naïve belief of American liberals—including, apparently, Joe Scarborough—Israelis don’t see a single Palestinian leader who has the desire or power to negotiate a “lasting peace” with them.

What average Israelis do see and hear are Palestinian leaders who outrageously insist that Jews have no historical rights to a state in the Holy Land and that Arabs own the entire territory from the Jordan River to the Mediterranean Sea (in other words, all of Israel and Judea-Samaria).

Palestinian Authority President Mahmoud Abbas recently affirmed to PLO delegates that Israel “constitutes a colonialist enterprise that has nothing to do with Judaism.” Secretary-general of the anti-Israel group, The International Coalition for Supporting Jerusalem and Palestine, Mohammed al-Adloni, flatly rules out peace negotiations, claiming that “normalization [with Israel] is tantamount to defeat.”

In other words, American Jews and American leftists who object to Prime Minister Netanyahu care little for his accomplishments, but rather cite disagreement with his positions on several issues in which they have very little direct stake (such as forging an immediate peace with the Palestinians, no matter its existential dangers, and opening the Kotel to mixed-gender prayer).

In truth, the Netanyahu haters’ animus seems to be rooted in emotion, rather than substance. One can only conclude that the American left’s dislike of Binyamin Netanyahu is similar to that they feel for Donald Trump—not so much based on actual issues as on a gut revulsion to the person or personality. Indeed, Mr. Netanyahu’s close professional friendship with President Trump could alone account for most of the left’s disdain of the Israeli Prime Minister.

Next time you hear Americans knocking Binyamin Netanyahu, I suggest that you patiently and calmly ask them which of the Prime Minister’s accomplishments they disagree with most—the economy, national security or global diplomacy?

I urge you to point out that as Americans, we’re hardly in a position to harshly condemn—let alone hate—a leader whom Israelis themselves have elected five times as Prime Minister—this latest time with a near record level of Knesset members for his Likkud party. Remind them that unless we know what it’s like living under terrorist guns day and night, as Israelis do, it’s hard to say whom we’d vote for.

Just as there are few atheists in the foxholes, there are also few progressive liberals.

I hope you’ll also take a minute, while you have this material front and center, to visit FLAME’s lively new Facebook page and review the P.S. immediately below. It describes FLAME’s most recent hasbarah campaign—on whitewashing misrepresentations made by the media and, alarmingly, by some politicians, about the insidious Boycott, Divestment and Sanctions (BDS) movement.