FLAME
X
Put text, tables or any other HTML contents here, as you would put in any other HTML page. ..... and more.
Skip to content
Home » Despite vicious attacks on Israel by the media, the U.N. and Islamists, we continue to win!
Israel Need Not Fear the Fake Time-Bomb of Palestinian Demographics _June 18, 2019Jacques Gautreaux2019-06-17T10:43:11-07:00 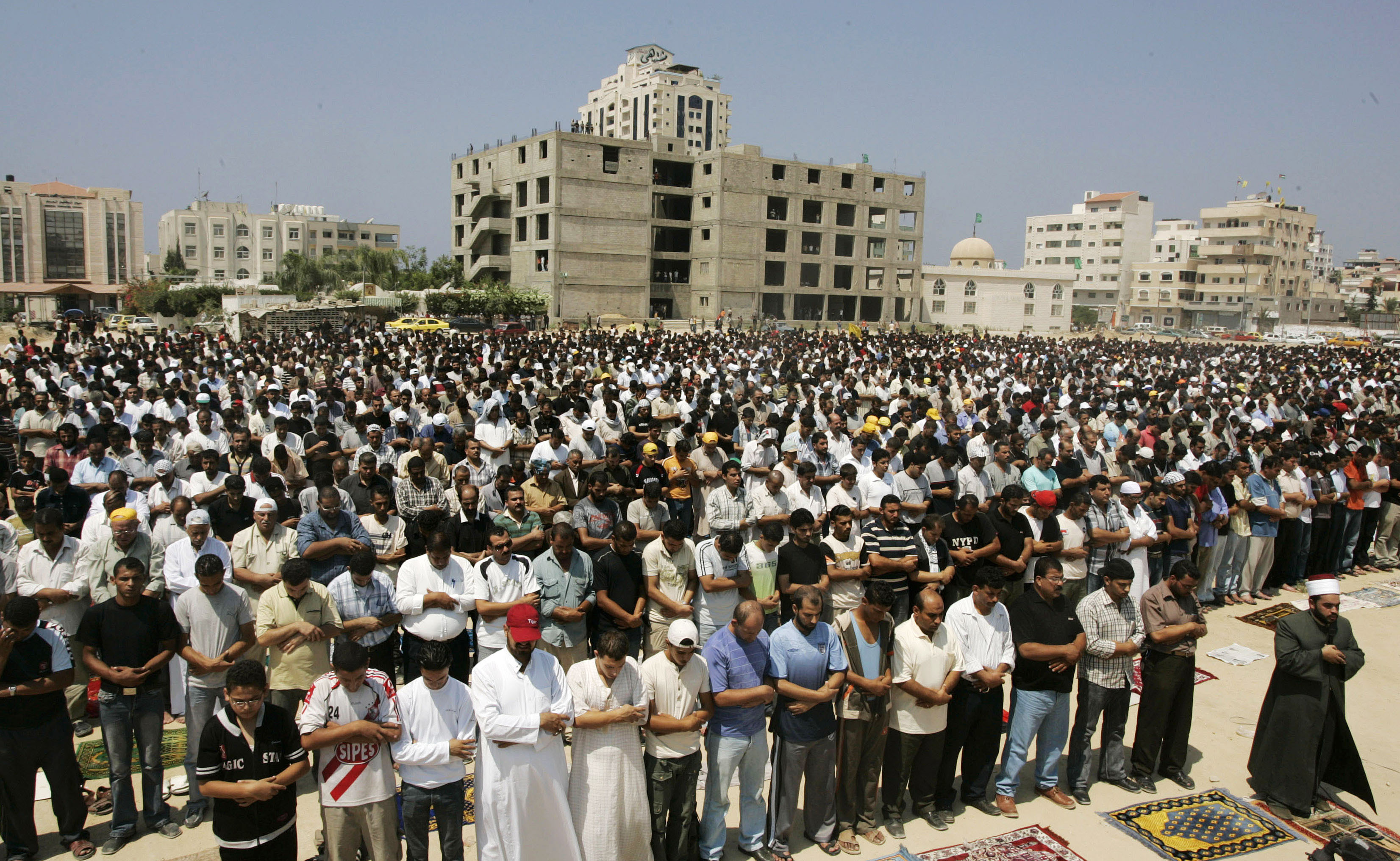 A vast turnout of Gaza Palestinians participate in a public meeting. But the population figures coming from the Palestinian Authority are completely bogus.

Israel Need Not Fear the Fake Time-Bomb of Palestinian Demographics

The urgency for Israel to resolve the problem of the Palestinian Arab territories is in large part predicated on a commonly theorized demographic time-bomb that will supposedly create an Arab majority between the Jordan River and the Mediterranean Sea within just a few years. This would presumably destroy Jewish self-determination—and with it the Jewish state.

This nonsensical commonplace—most frequently purveyed by Americans and Israelis of the left/progressive persuasion—is predicated on a fraudulent 1997 census administered by the Palestinian Authority. In 2017, a less rigorous count of the Palestinian Arabs living in the disputed territories used the 1997 census as a base, and multiplied the fraud.

The 1997 population reported for the territories, 3.8 million, combined with the 1.2 million Arabs living in Israel proper, yielded a 1997 total of 5 million Arabs, from the River to the Sea.

With a projected Palestinian population growth rate of nearly five percent per year, the scary prediction was that the combined Arab population between the River and the Sea would surpass the Jewish population of roughly 5.8 million in about two decades.

Sure enough, the 2017 “count” showed an Arab population of 4.7 million in the disputed territories. The 2019 Israeli census found 1.9 million Arab Israelis, so the River to the Sea total of Arabs would seem to be 6.6 million. This is quite close to the 2019 Jewish population of Israel, which totaled 6.7 million. According to the more gullible demographers, these numbers prove that an Israeli annexation of Judea, Samaria and Gaza will imminently yield an Arab voting majority in the expanded nation.

Even omitting Gaza and its alleged 1.9 million Palestinian Arabs, the theorists warn, will only spare Israel a Palestinian Arab majority for a decade or so, given the inexorable march of demographic destiny.

For this reason alone, Israel has no choice, it is argued, than to give the Palestinian Arabs their own state, if only to ensure that Israel retains both its Jewishness and its democracy.

The only teensy fly in this ointment, however, is that the census and projections that the PA provided were utter fictions. The PA’s census numbers were far higher than the best Israeli government estimates—breathtakingly so. As Israeli demographers, such as Yoram Ettinger, looked into the details of the PA census, it quickly became clear that the census’ methodology was fatally flawed. There were double-counts of many people, ludicrous birth and death statistics, immigration assumptions that bore no relationship to reality, violations of international census standards, and direct conflicts with publicly available data from other PA agencies and world bodies.

• The entire Arab population of Jerusalem of almost 300,000 souls was double-counted—they were included in both the Israeli and PA census figures.

• 400,000 Palestinian Arabs who live permanently abroad were counted by the Palestinian Central Bureau of Statistics (PCBS). This is a major census no-no by all accepted world standards.

• Compared with birth and death records from the Palestine Central Election Commission and the Palestinian Departments of Health and Education, the PA’s approved PCBS count simply invented babies and reanimated corpses by the tens of thousands. In some cities, the reported death rate was zero, and Palestinians born in 1847 were resurrected for census purposes.

• The PA census invented tens of thousands of immigrants into the territories, when in fact, there has been net emigration from the territories according to Israeli border control and immigration data. Emigration varies, but is typically between 10,000 and 25,000 per year. This means that the Palestinian territories actually lost at least 200,000 residents between the two alleged censuses.

• Between 1997 and 2003, Palestinian Arabs who wed Israeli Arabs won automatic Israeli citizenship. There were over 100,000 of them, and they and their (Israeli) children are also double-counted by the PCBS.

• The number of first-grade children and births tabulated in a World Bank study—as well as by the PA’s own Department of Education—is tens of thousands fewer than the PCBS “counted.”

In short, the PA’s census bureau simply made it up as they went along to satisfy the pre-determined population figures that party bosses in Ramallah demanded.

The probable actual 1997 total of Arabs living in the disputed territories was inflated by approximately 50% for the census—about 1.2 million extra residents. The actual total of Palestinian Arabs back in 1997 was 2.6 million, and the likely total in the more recent study is little over 3.2 million—not the 4.7 million alleged by the PA.

Combined with Israeli Arabs, the touted demographic time-bomb simply disappears: Between the River and the Sea today, Israeli Jews out-number the Arabs by 6.7 million to 5.1 million.

It is tempting to attribute Israeli fecundity to the ultra-orthodox population boom, but the opposite is true. Orthodox women are producing smaller families, while Israel’s secular families are growing more rapidly. In fact, the aggregate fertility rate for Israeli Jews is now 3.2, while it is 3.1 for Palestinian Arabs.

In other words, the favorable demographics for Jews are likely to accelerate, not slow down.

There may be many valid reasons for Israel and its friends to desire disengagement from the disputed territories. However, the demographic threat of an Arab majority has no legitimacy whatsoever.

As you discuss the future of Israel as a Jewish democracy with friends, family and colleagues, I urge you to explain the bogus statistics of Palestinian population claims. Population figures should play no role—and certainly not impose false urgency—for Israel and its supporters in seeking a just and peaceful resolution of the issues between the Jewish nation and its adversaries.

In addition to exposing falsehoods regarding the legality of Israel’s settlements, I hope you’ll also take a minute, while you have this material front and center, to visit FLAME’s lively new Facebook page and review the P.S. immediately below. It describes FLAME’s new hasbarah campaign—an expansion on the myth of the “Palestinian territories.”