FLAME
X
Put text, tables or any other HTML contents here, as you would put in any other HTML page. ..... and more.
Skip to content
Home » Despite vicious attacks on Israel by the media, the U.N. and Islamists, we continue to win!
Israel Fights Back Against Human Rights Watch’s Attacks_February 12, 2019Jacques Gautreaux2019-02-11T16:09:00-07:00 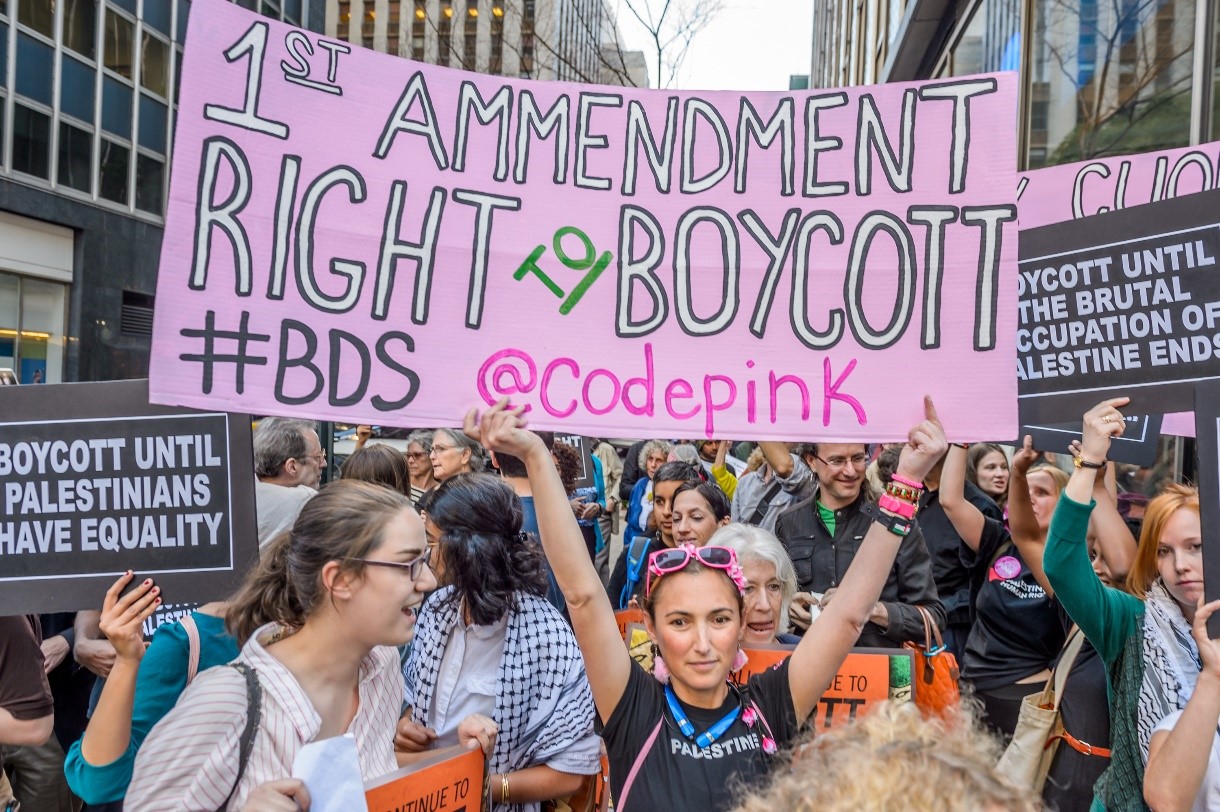 Human Rights Watch continues its assault on Israel through the BDS movement, in its alliance with other groups that want to see the Jewish state destroyed.

When political and racial hatred masquerade as concern for human rights, it is disgraceful.

So it is regrettable that Human Rights Watch has evolved into an organization for whom Israel has become the devil of the world. Its Middle East reports routinely present uncorroborated—and often bogus—accusations against the Jewish state. More importantly, Human Rights Watch has increasingly veered into political activism against Israel in its support and advocacy for the BDS movement.

The issue came to a head as Shakir was planning to travel to Bahrain from Israel to recruit and rally his allies in the BDS movement. He appealed to the court to renew his visa after Israeli Interior Minister Aryeh Deri called for its cancellation and for Shakir’s expulsion from Israel.

It is clear that this is not a free-speech issue. Shakir is actively working through the NGO Human Rights Watch to harm Israel through BDS. He is deeply involved in the recent effort in Ireland to pass an anti-Israel BDS bill. In fact, Human Rights Watch has been at the forefront of practically every anti-Israel effort since the infamous anti-Semitic 2001 Durban conference of NGOs that targeted Israel specifically as the source of most—if not all—of the evils in the world, morally, politically and militarily.

Human Rights Watch, founded in 1978 as “Helsinki Watch” had very different origins. Founder Robert Bernstein—a Jewish American—started the group to monitor Soviet compliance with the Helsinki Accords, which opened the door to Jewish emigration from the Soviet Union. It was a noble cause, and Bernstein’s start-up American NGO earned well-deserved plaudits for its energetic—and successful—efforts on behalf of Soviet Jews.

With the fall of the iron curtain, the group broadened its mission to a global one, opening “Watch Committees” around the world. Eventually, it merged all of these into Human Rights Watch in 1988.

Gradually, the group assumed an increasingly anti-Israel tone. While it criticized the manifold abuses of closed, authoritarian regimes elsewhere in the Middle East, its volume and acidity of Israel critiques intensified during the 1990s, culminating in its leading role in the 2001 Durban Hate-Fest against Israel.

Today Human Rights Watch is a $75 million operation with hundreds of researchers and analysts around the world—and especially in Israel, under Omar Shakir’s leadership. One of his senior advisors on Human Rights Watch’s Arab-Israeli Advisory Board is Shawan Jabarin, a leader since at least 1984 of the Popular Front for the Liberation of Palestine (PFLP).

You may be familiar with the PFLP as a leading terrorist group, responsible for many hijackings in the 1970s and 1980s, the post-9/11 murder of Israeli minister Rehavam Ze’evi, and the 2014 Jerusalem synagogue attack that killed a half-dozen worshippers, including three American rabbis.

Jabarin, residing in Ramallah, has been barred from world travel by Israel’s Supreme Court since 2009. Jordan has banned his entry into its country since 2006 due to his terror-related activities.

With such a senior advisor to its Middle East mission, it is hardly surprising that Human Rights Watch’s output is consistently distorted in a virulently anti-Israel way.

Human Rights Watch generally has done its work worldwide by publicizing—naming and shaming—human rights abusers around the world. In the case of Israel, it augments its often distorted public-relations depictions of Israeli malfeasance with actual activism to harm the Jewish state through its alliances with the BDS movement.

One of Human Rights Watch’s “triumphs” was causing the SodaStream company to close its Ma’ale Adumim plant in the disputed territories in 2015 through outright BDS activism. (In the process, 500 Palestinian Arabs lost their high-paying jobs in a plant that was a model of economic cooperation between Jews and Arabs.)

At the time, Human Rights Watch opined: “It is impossible to ignore the Israeli system of unlawful discrimination, land confiscation, natural resource theft, and forced displacement of Palestinians in the occupied West Bank, where SodaStream is located.”

And, in a case just weeks ago, AirBNB terminated its listings of apartments in the disputed territories because Human Rights Watch was set to release a major report attacking the company for profiting from “discrimination, displacement, and land theft.”

The planned expulsion of Human Rights Watch director Shakir represents Israel drawing a clear line for foreign nationals who operate in Israel with the serious intent to damage gravely or even destroy their host country.

Human Rights Watch founder Robert Bernstein realized this in 2009 when he attacked his mutated creation in the New York Times. Among the points he made in that op-ed was that Israel has all of the machinery to correct human rights violations, including an independent judiciary, hundreds of resident NGOs, and more news reporters per capita than anywhere in the world.

In Gaza and Lebanon, none of that human-rights-protection infrastructure is present, yet Human Rights Watch is content to rely on uncorroborated testimony and evidence provided through—and closely managed by—Hamas and Hezbollah, respectively. In other words, Israel is the “safe and easy” place to look for human-rights issues and investigate them adequately: Israel is the low-hanging fruit for analysts looking for problems.

In his op-ed summation, Bernstein said, “Israel, the repeated victim of aggression, faces the brunt of Human Rights Watch’s criticism.”

In talking with friends, family and colleagues, inform them of the unrelenting and unjustified attacks on Israel by Human Rights Watch. Explain to them that—especially in the case of Human Rights Watch director Shakir—Israel is not abridging free speech rights. Acts of subversion through BDS promotion are the real issue.