FLAME
X
Put text, tables or any other HTML contents here, as you would put in any other HTML page. ..... and more.
Skip to content
Home » Despite vicious attacks on Israel by the media, the U.N. and Islamists, we continue to win!
In Lebanon, The United Nations Has Failed Israel Yet AgainJacques Gautreaux2019-09-09T12:05:03-07:00 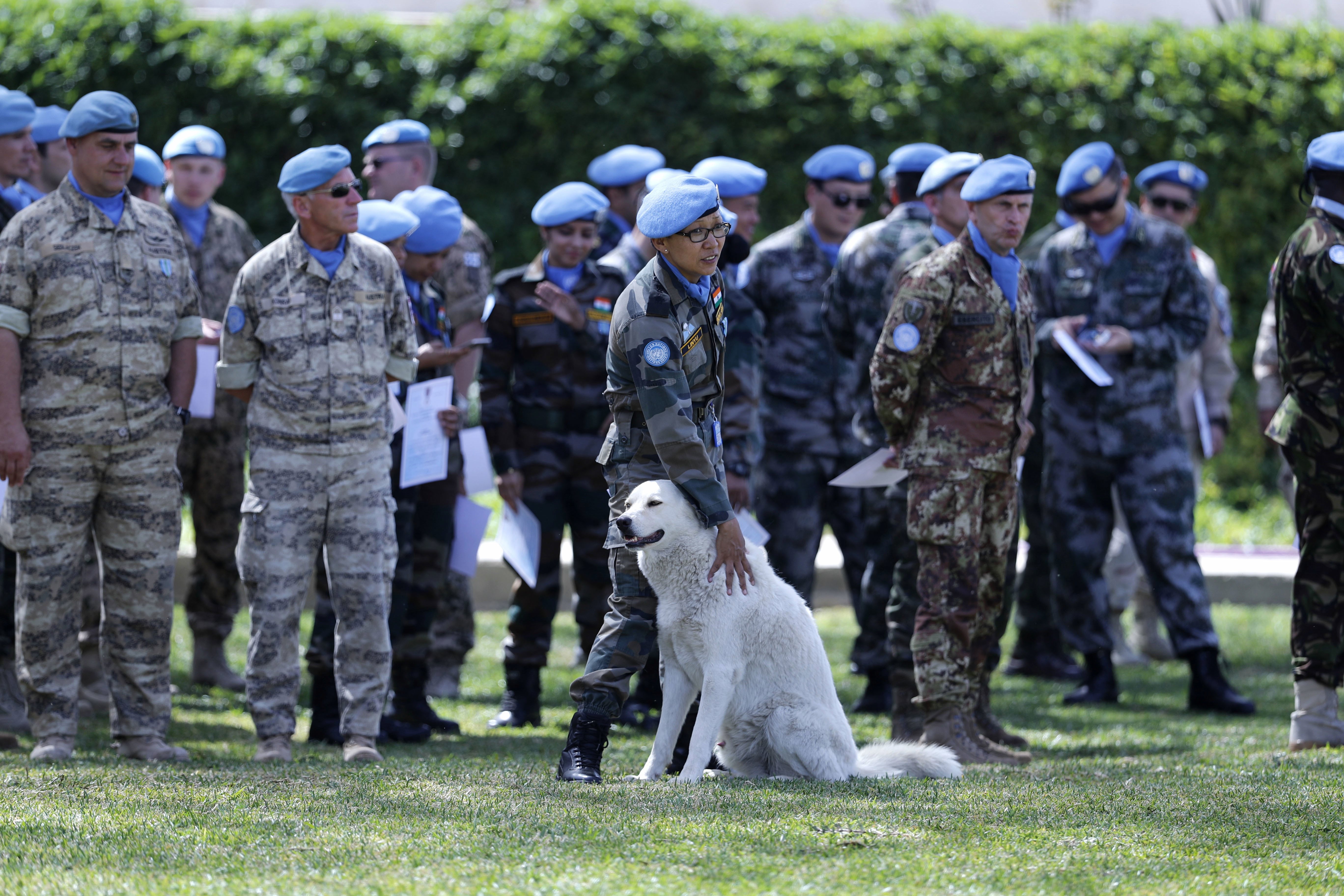 United Nations Interim Force in Lebanon (UNIFIL) “peacekeepers” gathered in southern Lebanon have done nothing to prevent Hizbullah’s terrorist army from amassing over 150,000 missiles targeting Israel since the 2006 war.

In Lebanon, The United Nations Has Failed Israel Yet Again

Last week, Israel came within hours of full-scale war on its northern border with Lebanon. This horrific situation was made possible through themalignant incompetence of the United Nations.

Hizbullah had fired numerous anti-tank missiles at an Israel Defense Forces (IDF) base in Avivim in northern Israel, damaging several IDF vehicles. Fortunately, no Israeli soldiers were killed or wounded. Had there been significant casualties, Israel would have had to launch massive counter-attacks which would have triggered a full-scale conflict.

And how did Hizbullah, a terror organization, maintain its inventory of lethal missiles in southern Lebanon for this—and many other—attacks on Israel? The answer is the utter failure of the United Nations to disarm Hizbullah of its massive missile inventory.

Despite its primary purpose of preventing war, the United Nations has consistently been its enabler in the Middle East. And this most recent betrayal of the U.N.’s peace-keeping mission is just the latest in a seven-decade string of U.N. failures to maintain peace in the Middle East and globally.

Lebanon is now ruled by Hizbullah. In turn, Hizbullah is funded and controlled entirely by the Mullahs of Iran and their hatchet-men, the Iranian Revolutionary Guard Corps (IRGC). Hizbullah became the principal military proxy for Iran in war-torn Syria years ago, and its copious armaments in that hellhole are planned and paid for by Iran.

Now that Syria has been largely bled dry by almost a decade of civil war, Hizbullah’s many well-trained warriors are streaming back to Lebanon. Many Hizbullah units remaining in Syria are now clustered on the Syrian side of Israel’s Golan Heights, preparing for a second terror war against Israel. And Iran continues to attempt to smuggle into Lebanon vast quantities of advanced weaponry—including high-precision, long-range missiles.

Israel’s 2006 Lebanon War ended with an armistice, theoretically to be enforced by the United Nations Interim Force in Lebanon, UNIFIL. Under Security Council pact UNSCR 1701, UNIFIL was to enforce an arms embargo on Lebanon’s non-state actors—read: Hizbullah—focusing on the area north of its 80-mile boundary with Israel. The thousands of imprecise, short-range rockets and mortars used by Hizbullah against northern Israeli civilian communities during the war were not to be replaced, and the 10,000 remaining ones were to be destroyed or removed.

Now, thirteen years later—right under UNIFIL’s eyes—Hizbullah’s Israel-targeted arsenal has increased to an estimated 180,000 missiles, many with precision guidance systems, and an estimated 10,000 with sufficient range to target Haifa, Tel Aviv, and other major Israeli population centers in the heart of Israel.

Most of these improved arms are manufactured by Iran at home, or are created by Iranian facilities around Syria. From depots in Syria, the weapons are shipped to Hizbullah.

Recently, Israel destroyed a precision missile factory under construction in Lebanon’s Beka’a Valley. Instead of thanking Israel for doing the U.N.’s job, UNIFIL condemned Israel for its drone sorties over Lebanon.

Last December and January, Israel uncovered a half-dozen attack tunnels crossing the Israel-Lebanon frontier, known as the Blue Line. These were not the one-man-at-a-time, primitive tunnels regularly discovered at the Gaza-Israel frontier, but military invasion tunnels—tall, broad, well-fortified—and capable of delivering attack vehicles from Hizbullah’s Lebanon into Israel. These elaborate terror tunnels were constructed under the noses of UNIFIL.

Interfering with Israel’s ability to investigate the tunnels on the Lebanese side of the Blue Line, UNIFIL surprisingly managed to issue a report condemning the military tunnels—without mentioning Hizbullah! And, in fact, in none of its reports and publications since the 2006 Lebanon War has the name “Hizbullah” been used. A student of UNIFIL would have no idea that the terror-group was the main reason for UNIFIL’s creation by the U.N.

UNIFIL’s $450 million U.N budget and its 11,000 on-site “peacekeepers” have yet to discover any Hizbullah rockets or rocket-sites, although many of them are literally yards away from UNIFIL bases in southern Lebanon.

But this avoidance of responsible action by UNIFIL is utterly consistent with all United Nations actions regarding Israel’s security since 1948.

Having voted to partition the British Mandate of Palestine, the U.N. did nothing to thwart the pan-Arab invasion of the new State of Israel.

After the Suez Campaign of 1956 and an Israeli withdrawal from the Sinai Peninsula, Israel signed onto U.N. guarantees of a demilitarized Sinai—enforced by the U.N. Yet a decade later, Egypt’s President Nasser blockaded the Straits of Tiran and massed his troops and tanks for a genocidal war on Israel in 1967. Egypt requested that the U.N.’s peacekeepers be withdrawn, and U.N. Secretary General U Thant quickly removed the “guaranteed” force, thus enabling the Six-Day War.

Years later, the UNIFIL-supervised withdrawal of Israeli forces from southern Lebanon turned into a frenzy of Hizbullah missile purchases and deployments that yielded the 2006 Lebanon War, in which over a hundred Israelis and 1,500 Lebanese lost their lives.

Clearly, it is suicidal for Israel to agree to any further role for the U.N. in its affairs. When things again turn very ugly in Lebanon—probably sooner rather than later—Israel must recognize that the U.N. is in league with its enemies, and minimize its involvement.

In discussions with friends, family and colleagues, emphasize that the promising post-War United Nations has become the corrupt and inept U.N. of today—and has betrayed Israel time after time. Harebrained schemes involving “U.N. peacekeepers in the Jordan Valley” or, even more outlandish, “the internationalization of Jerusalem under U.N. auspices” are guaranteed to be disastrous for Israel and for any hope of a peaceful Middle East.

I hope you’ll also take a minute, while you have this material front and center, to visit FLAME’s lively new Facebook page , and review the P.S. immediately below. It describes FLAME’s new hasbarah campaign—a refutation of the myth of “Palestinian territories.”