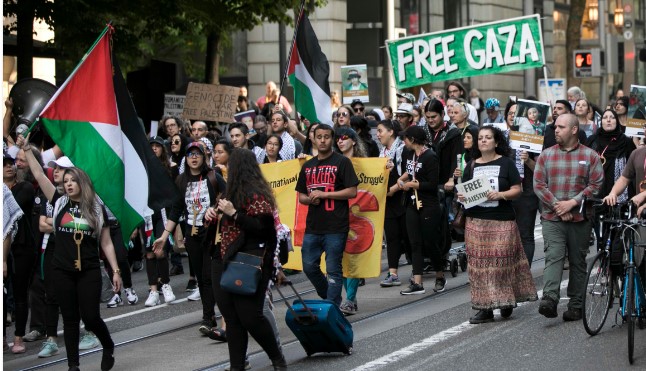 How to Defeat the False Anti-Zionist Narrative: Tell the Truth

As a new wave of anti-Zionist argument sweeps through American society, it’s critical that supporters of the Jewish state examine our positions and fortify them. While the anti-Zionist trend is today mostly limited to the far left wing of the Democrat party, it is potent, growing and worrisome.

First, anti-Zionism—opposition to the existence of the world’s only Jewish state—is anti-Semitism, which is a form of racism. There’s simply no such thing as an acceptable level of racism, particularly when it’s part of an effort to destroy the primary refuge of world Jewry.

Second, at the core of this anti-Israel mythology is a sentimental, archetypal sympathy for a hapless underdog—Palestinians, who are deemed worthy—against a mighty oppressor—Jews, who are held to be usurpers. Both are false assumptions, but powerful nonetheless.

In fact, Arabs, of whom Palestinian Arabs are a small, relatively undistinguished cohort, have for the last 120 years sought to colonize and ethnically cleanse every inch of the Middle East and violently decimate its small, struggling and increasingly successful Jewish population.

Indeed, Palestinians are members of a behemoth force—some 1.8 billion Muslims, who are the majority population in 52 states, and 420 million Arabs, who control 22 of those states. Almost all have opposed and waged brutal war on a relatively tiny number of Jews—now only about 6.8 million—who have been scraping out a nation in their ancient, dry, stony homeland for 3,000 years, millennia before the Arabs or Muslims arrived.

In short, the current anti-Zionist narrative—believed and nurtured even by well-meaning liberal American Jews—is precisely backwards. This popular story—a fantasy, actually—focuses on a small group of Palestinian Arabs on a small patch of the Holy Land, where they are represented as noble victims.

Rather than heroes of the historical narrative, Arab nations are in fact largely villains who have made little social, cultural, political or economic contribution to the region or the world. They, including the Palestinians, are steeped in petty tribalism and corrupt dictatorships, stagnant, unproductive economies and ineradicable misogyny and homophobia. Their primary value-add over the past century has been a pernicious brand of jihadi terrorism characterized by suicide bombing.

Yet mystifyingly this group is favored by the left over Israel.

While the narrative we read in the New York Times and hear from “progressive Jews” speaks disapprovingly of Israel’s “occupation” of Palestinian land, in fact, no Arab nation—let alone a group calling itself Palestinian—has ever legitimately possessed the Jewish homeland from the Jordan River to the Mediterranean Sea. (The only exception being Jordan, which illegally captured Judea and Samaria in a war of aggression in 1948 and lost it back to Israel in 1967.)

In sum, there’s no such thing as public “Palestinian land,” except in Arab dreams and propaganda of the progressive left.

In truth Israel, with U.N. approval, has occupied the state of Israel since 1948. It occupies its Biblical homelands of Judea and Samaria—which includes 2.7 million unaffiliated Arabs—since its defeat in 1967 of six invading Arab armies attempting to destroy the Jewish state and drive its Jewish inhabitants from the land entirely.

Let us now correct the prevailing narrative in mainstream media and progressive circles: Israel occupies land it is legally entitled to occupy—the State of Israel—and according to international law, legally occupies Judea and Samaria until a peace with the Arab inhabitants is forged.

As part of the anti-Zionist narrative, the New York Times and its leftist followers consistently place the burden of such a peace—and establishment of a Palestinian state as well—solely at Israel’s door. They also usually neglect to mention that Israel has in recent years made several generous offers to the Palestinian Arabs of both peace and land for a state, which the Arabs have spurned every time.

As false and unfair as this anti-Zionist narrative is, we pro-Israel advocates soldier on. Fortunately, you might say (and grimly), we are used to it. As we often remind ourselves in Yiddish: Es ist schwer zu sein a Yid-it’s hard to be a Jew. Our history of being treated unfairly is long and well known. But it’s precisely our ability to survive—and ultimately, thrive—in the face of injustice that characterizes a key aspect of Jewish greatness.

How else to explain the extraordinary achievement of Israel—the heroic birth of the Jewish state from ashes and its meteoric rise in just 70 years to become one of the world’s most vibrant democracies, an economic miracle and a top-20 global military power?

One critical thing we’ve learned—or should have learned—about surviving this unrelenting injustice is, you don’t take it lying down. You fight back. You tell the truth insistently to all who will listen.

One additional truth that supporters of Israel must strive to tell is this: Israel’s stunning accomplishments don’t make it an oppressor, any more than the failure of Arab political, social, cultural and economic structures make Palestinians a victim. Indeed, Israel’s success should make us—and even the progressive left—admire and support the Jewish state all the more.

If the facts are known, respected and considered rationally—independent of false sentimentality and false attribution of victimhood—there’s little question about the righteousness of Israel’s cause.

In talking with friends, family and colleagues, I urge you to condemn the new anti-Zionism rising among the progressive left. Clarify the undeniable historical truth that Arabs have opposed and tried to destroy Jewish settlement in the Holy Land for more than a century. Emphasize that the Palestinians have rejected every offer of peace and still refuse to accept the Jewish state.