FLAME
X
Put text, tables or any other HTML contents here, as you would put in any other HTML page. ..... and more.
Skip to content
Home » Despite vicious attacks on Israel by the media, the U.N. and Islamists, we continue to win!
Hamas Bombs and Kills Innocent Israeli Civilians, World Snores _May 15, 2019Jacques Gautreaux2019-05-14T22:52:58-07:00 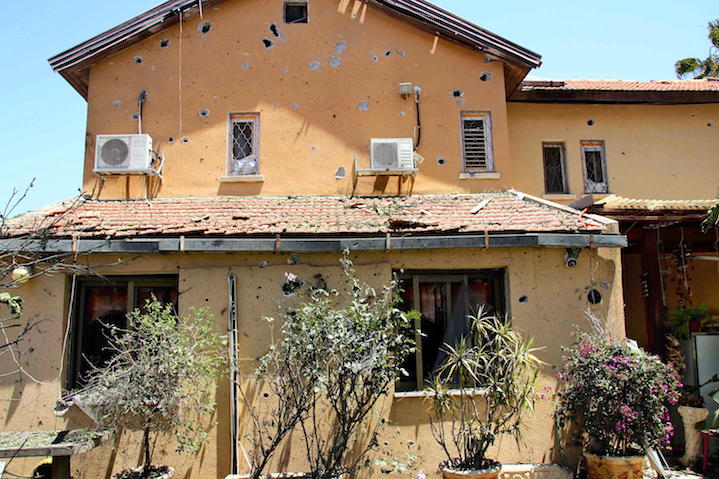 An Israeli man was killed when Hamas rocket fire struck his house in Ashkelon, about six miles from the Gaza border. While many American politicians lament anti-Semitic synagogue attacks by right-wing nationalists, few on the left have condemned Hamas’s targeting of innocent Israeli civilians.

While Hamas Bombs and Kills Israeli Citizens, the UN, Democratic Presidential Candidates—and Most of the World—Snore

When Megan McCain appeared on Seth Meyers’ talk show last week, he upbraided her for criticizing the anti-Semitism of U.S. Representative Ilhan Omar. Omar has been guilty of numerous anti-Semitic remarks since her election, as well as appearing at a fundraiser for the Hamas- and Muslim Brotherhood-associated Council for American-Islamic Relations (CAIR).

Meyers justified his criticism of McCain because Omar is a “minority,” has “issued apologies” for several of her comments, and has received “death threats.”

Despite Omar’s tepid expression of regret for some of her comments, her overall unrelenting anti-Semitism seems not to bother Meyers—a Jew no less. Omar gets a pass because she’s a minority? As for death threats, hundreds of Congress members receive them daily.

How forgiving would Meyers have been toward a Republican member of the House who uttered a series of racist comments about black Americans?

Omar, true to form, has now recently blamed the Israeli victims of Hamas missile attacks for a “cycle of violence,” ignoring the fact that these cycles always begin with Hamas firing rockets at Israeli civilians—launched by people hiding behind Palestinian human shields—both of which acts are certifiable war crimes. Omar also mentioned Israeli “occupation” as a cause of the violence.

Of course, as Omar should know, Israel does not occupy Gaza. Israel left Gaza fully to the Palestinians in 2005, and Gaza’s people are now brutally ruled 100% by Hamas, long designated a terrorist organization by the U.S. and the E.U. What’s more, Israel has only ever attacked Gaza in self-defense.

But perhaps even more egregious than Ilhan Omar’s hate speech, and Seth Meyers refusal to condemn it, is the silence of much of the world in the face of Hamas’s latest round of murderous aggression.

Indeed, when Hamas begins another belligerent war—this latest launch of some 650 rockets is its fifth against Israel since 2008—by bombing Israeli kindergartens and homes and killing innocent civilians, one could reasonably expect an outcry by world bodies, individual nations and politicians.

Terrorist Hamas is a staunch ally of Iran and has sworn itself to Israel’s destruction. It is the enemy of the U.S., all Western nations and, increasingly, Arab states.

Yet the UN has failed to criticize Hamas—in fact the General Assembly has condemned Israel’s defensive response . . . without even mentioning Hamas’s deadly barrage of missiles. To their credit, the E.U. and member Germany have admonished Hamas on this occasion, but no other members, like Britain, France or Italy have said a word.

More telling perhaps is the silence of the American left—of the 21 Democratic candidates for President, only three (Hickenlooper, Booker and Bennet) have condemned Hamas’s violence. No comment has come even from House Speaker Nancy Pelosi or Democratic Majority Leader Chuck Schumer, usually reliable supporters of the Jewish state.

We seem to be nearing the situation in which Israel, the United States’ strongest, most reliable ally in the Middle East, has become a dangerously charged third rail for the left.

While many politicians, celebrities and liberal pundits expressed hand-wringing dismay at the mass shootings of Jews in Pittsburgh and Poway synagogues—as well as solidarity with Jews beset by right-wing anti-Semitism—their sympathy often seems to disappear when the Jews of Israel are attacked with weapons of mass destruction by Islamist anti-Semites.

Anti-Semitism is the scourge of the Jewish people, whether it comes from the likes of white nationalists or ultraleft politicians or Middle East jihadis. If someone refuses to stand up against all forms of anti-Semitism—from any quarter—their sympathy is hollow and false. Their sincerity is empty.

Next time you hear a friend decrying right-wing anti-Semitism, remind that person of equal hate toward Jews coming from the left—right here in the U.S.—as well as from Palestinian terrorists who murder Jews (or try to) most every day in Israel.

I hope you’ll also take a minute, while you have this material front and center, to visit FLAME’s lively new Facebook page and review the P.S. immediately below. It describes FLAME’s most recent hasbarah campaign-on whitewashing misrepresentations made by the media and, alarmingly, by some politicians, about the insidious Boycott, Divestment and Sanctions (BDS) movement.