FLAME
X
Put text, tables or any other HTML contents here, as you would put in any other HTML page. ..... and more.
Skip to content
Home » Despite vicious attacks on Israel by the media, the U.N. and Islamists, we continue to win!
Does Israel Have Rights—and Need—to Assert Sovereign Control over the Jordan Valley?Jacques Gautreaux2019-09-16T16:15:15-07:00 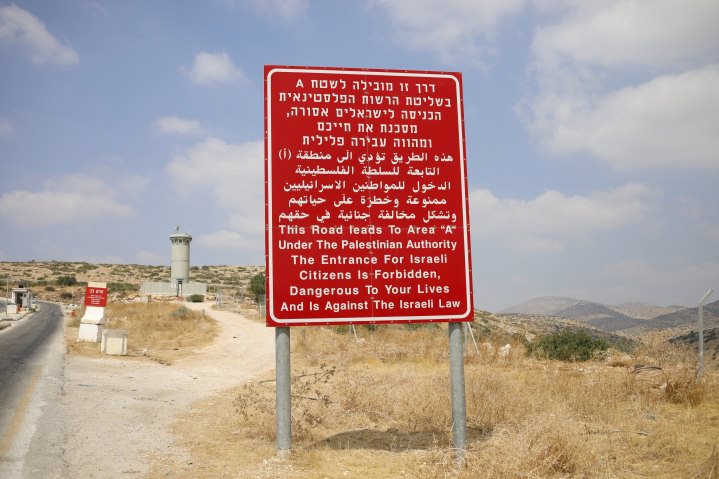 A sign on the road leading from Area C, near Bardala in the Jordan Valley in Judea-Samaria, to Palestinian-controlled Area A. The sign warns that Israeli citizens may not enter Area A as it is against Israeli law and “dangerous to your lives.”

Does Israel Have Rights—and Need—to Assert Sovereign Control over the Jordan Valley?

Misunderstanding about rights and ownership of the biblical Jewish homelands of Judea-Samaria (dubbed “the West Bank” by Jordan in 1948) continues to confuse many media, politicians and pundits.

This confusion in turn, muddles discussions about peace between Israel and the Palestinians, as well as, just last week, the intention of Israel’s Prime Minister Netanyahu to assert sovereignty over the Jordan Valley, which is part of Judea-Samaria.

Some media and commentators have represented this intention as a “land grab”—which it is not in any legal or moral sense.

The misunderstanding stems from the “two-state solution,” which has been an article of faith of Western nations—and most Americans—for decades: Many assume without factual basis that “the West Bank” belongs to, or should belong to the Palestinians.

However—hopes and assumptions aside—history and international law show there is no justification that Judea-Samaria is or should be a possession of the Palestinians, nor is there inherent truth to the phrase “Palestinian territories.”

Another example: This week, the New York Times and other mainstream media mistakenly claimed that Israel intends to “annex” Judea-Samaria—a misnomer, since under international law annexation refers to seizure of a foreign country’s territory. Mr. Netanyahu did not use the word “annexation” in Hebrew.

But if Judea-Samaria is not the territory of a foreign nation, what is it? Does Israel really have a right to claim sovereignty over this land? And conversely what rights do the Palestinians have to Judea-Samaria?

A quick review of history helps clarify these questions. Pay close attention to how control of this territory changes hands: In 1922, following the defeat of the Ottoman Empire in World War I, the British took over management of a huge tract of Middle East land, encompassing the current territory of Jordan and Israel, as well as Judea-Samaria. Thus, the entire “Holy Land” came under jurisdiction of the British Mandate for Palestine, under which a Jewish state and a Jordanian Arab state were specified. Jordan became a state in 1946.

In 1947, the United Nations proposed dividing up the remaining territory of present-day Israel and Judea-Samaria into a Jewish state and an Arab state—a notion the Arab world instantly rejected, since they unequivocally opposed a Jewish state.

No wonder that in 1948 five Arab armies attacked the newly declared state of Israel, resulting in Israel’s winning its war of independence. However, by the time an armistice was signed, Jordan had illegally seized and asserted sovereignty over Judea-Samaria and eastern Jerusalem—a claim only three nations recognized.

During Jordan’s control over this territory, all Jews were ethnically cleansed, and Palestinian Arabs were made Jordanian citizens.

However, 19 years later, during the 1967 Six-Day War, when Arab armies again attacked the Jewish state, Israel drove Jordan back to its original borders along the Jordan River and won back all of Jerusalem and Judea-Samaria.

In response to the Six-Day War, the United Nations Security Council adopted Resolution 242, affirming Israel’s right to “secure and recognized boundaries” and calling on the Israel Defense Forces to withdraw from unspecified regions within the captured territories. (The resolution makes no mention of a Palestinian state.)

Judea and Samaria are inarguably critical to Israel’s security. The country is extremely vulnerable on its eastern flank, which faces Syria, Jordan, Iraq and Iran. Under Israel’s current borders, it is only about eight miles wide at its “waist” where 70 percent of its people and its primary industrial center are located—inadequate for even a minimal defense in case of an invasion from the east. The adjacent West Bank hills oversee Israel’s low, exposed coastal plain, providing attackers a clear shot for observation, armed attack and defensive protection.

Currently, Israel commands full administrative and security control over about 60 percent of Judea-Samaria—called Area C—by virtue of its Oslo Accords agreement with the Palestinians. Area C includes the stretch of the Jordan Valley over which Netanyahu intends to declare sovereignty.

Thus, when we ask whether Israel has the right to declare sovereignty over the Jordan Valley—or even over the entire territory of Judea-Samaria—we need to consider the following facts:

• No other sovereign state has a claim to Judea-Samaria, since Britain relinquished control over the Mandate for Palestine in 1948, Arabs rejected a state on this land in 1948, and Jordan gave up any claim following its peace treaty with Israel in 1988.

• Though Israel has no obligation under international law to facilitate a Palestinian Arab state, it has offered most of Judea-Samaria, as well as part of Jerusalem, for a Palestinian Arab state three times—in 2000, 2001 and 2008—in exchange for peace. The Arabs have rejected each offer and have refused further negotiations with Israel for the last five years.

• The Palestinians have no legal claim under international law or historical precedent to the land of Judea-Samaria. Indeed, they are the only people who have ever said no to an independent state.

• According the U.N. Security Council Resolution 242, Israel has a right to protect its security with defensible borders—and no obligation to abandon any specific portions of Judea-Samaria.

• Israel has full administrative and security rights in Area C according to the Oslo Accords. Israeli Jews are the majority population of Area C (about 400,000 Jews to 200,000 Arabs) and are the majority population in the Jordan Valley (about 13,000 Jews to 6,000 Arabs, excluding the Arab city of Jericho, which is also excluded from Netanyahu’s plan).

In short, Israel has every right according to international law and precedent, as well as a key U.N. resolution, to exercise sovereignty over Judea-Samaria—and particularly over Area C, in which Israeli Jews are the majority population and which encompasses the Jordan Valley. Control over the relatively unpopulated Jordan Valley is absolutely critical for Israel’s defense.

I hope in your conversations with friends, family and colleagues you’ll explain why accusations against Israel of annexation or of a “land grab” in Judea-Samaria are false and unfounded. Rather, such accusations are attempts to establish in public opinion what is not provable under common application of international law—that Israel is occupying Judea-Samaria illegally.

Fact is, Israel has preponderant rights to all of Judea-Samaria and remains willing to discuss disposition of large parts of it with the Palestinians, when they are willing to accept Israel’s existence and wish to live in peace.

In addition, I hope you’ll also take a minute, while you have this material front and center, to visit FLAME’s lively new Facebook page and review the P.S. immediately below. It describes FLAME’s new hasbarah campaign—a more detailed refutation of the myth of “Palestinian territories.”