FLAME
X
Put text, tables or any other HTML contents here, as you would put in any other HTML page. ..... and more.
Skip to content
Home » Despite vicious attacks on Israel by the media, the U.N. and Islamists, we continue to win!
Did President Trump Accuse Jews of Dual Loyalty?Jacques Gautreaux2019-08-26T14:19:28-07:00 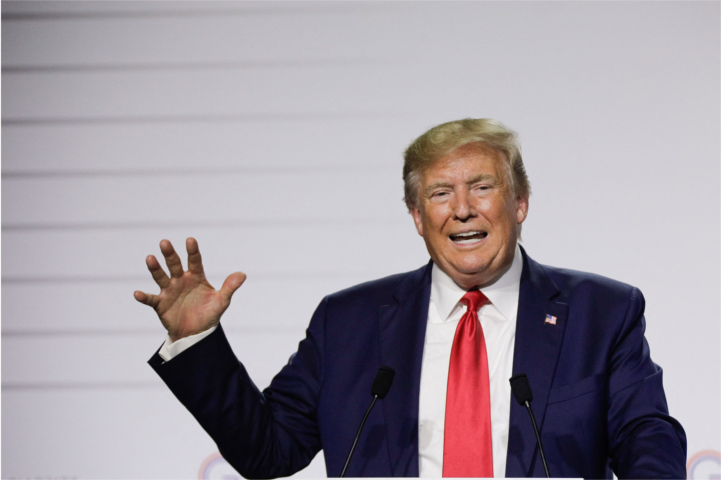 President Trump challenged Jewish Americans to vote for Republicans, who, he asserted, support Jews and Israel more forcefully than Democrats. To do otherwise, Trump said, is either ignorant or disloyal. This led some pundits to falsely accuse the President of invoking an anti-Semitic “dual loyalty” trope.

Last Tuesday, President Trump—speaking in the context of the brouhaha over Democratic representatives Omar and Tlaib’s cancelled trip to “Palestine”—stated that American Jews who vote for Democrats in 2020 would be showing “a total lack of knowledge or great disloyalty.” He was immediately accused of dredging up a long-standing anti-Semitic trope, accusing Jews of “dual loyalty.” He was doing nothing of the sort.

Nineteenth-century anti-Semitic antagonists of Jewish Emancipation argued that, for instance, Austrian Jews were more loyal to worldwide Jewry than to the nation of Austria. Thus—when push came to shove—Austrian Jews would betray their adopted homeland and remain loyal to their “ancient racial nation” of international Jewry. A shadowy “International Jewish Conspiracy” would preempt their Austrian citizenship, and cause them to subvert Austrian national interests.

Across Europe—as well as in the United States—this accusation gave rise to nationalist-driven anti-Semitism: Jews will vote (and fight) for their Semitic brethren. Even in liberal France, the charge of dual loyalty was deployed against French-Jewish Captain Alfred Dreyfus in the travesty of his prosecution for treason.

So widespread was this theory in the next century that it was deployed against Jews by both Joseph Stalin and Adolph Hitler. And in America, automotive tycoon Henry Ford, aviator Charles Lindbergh and radio preacher Father Charles Coughlin trafficked in it.

When Israeli statehood loomed in the late 1940’s, many commentators and members of Harry Truman’s government argued that the creation of an actual Jewish state would undermine the American loyalty of Jewish Americans.

Most recently, Rep. Omar caused an uproar when she said that Israel’s supporters want their legislators to “offer allegiance” to a foreign country.

President Trump, on the other hand, said no such thing. His meaning was evident, and he even made clarifying remarks the next day.

He wasn’t suggesting that Jewish Democratic voters would be showing “disloyalty” to America. He meant that they would be acting disloyal to their fellow Jews. His clarifying comments included his opinion that American Jews would also be acting in a disloyal manner to the Jewish state: Israel.

Remarkably, this is perhaps the first time in history that a leader of a western nation has suggested that Jews ought to have some loyalty to the Jewish state and to their co-religionists!

The President is justifiably proud of his relationship to Israel and to the variety of favorable decisions he has made for its benefit—with the move of the American embassy to Jerusalem, recognition of Israeli sovereignty on the Golan, annulment of the nuclear deal with Iran, and cutting American aid to the Palestinians used to underwrite their cynical Pay-for-Slay program.

Certainly, Israeli Jews appreciate him, and his popularity numbers over there are breathtaking. But, of course, those Jews won’t be voting in America’s 2020 presidential election, while American Jews typically favor Democratic presidential candidates by landslide margins of 75% or more.

But the response of the liberal press and that of Democratic leaders was shrill. Even the ADL condemned the President’s remarks, without explaining why the organization objected. Apparently, the mere use of the terms “Jew” and “disloyal” in the same sentence or paragraph triggers outrage.

An underlying fear of both Israel and Democrats—and some Republicans—is that the historically bipartisan U.S.-Israel alliance could be endangered by President Trump’s rhetoric. Certainly, he is doing everything he can to cultivate the idea of Israel as a partisan issue—with Trump and fellow Republicans as “the good guys.” And his lambasting of progressive Democrats on the issue is clearly painting his Democratic opposition as “the bad guys.”

But the partisanship over Israel’s alliance with America is hardly President Trump’s creation. His predecessor in the White House, Barack Obama caused several rifts with Israel during his eight years in office.

Clearly, Obama had great hostility toward Israel’s government, and caused a partisan divide over his steam-rollering of the Iran nuclear pact over Israel’s objections. In the waning days of his presidency, he directed his Secretary of State, John Kerry, to not veto a Security Council resolution that utterly condemned Israeli construction in Judea and Samaria. Kerry then blistered Israel’s government in his speech defending his non-veto. Kerry’s words were celebrated throughout the Democratic leadership and its liberal media allies.

So, by the time of Trump’s inauguration, there was a good deal of Obama-triggered partisanship about support for Israel and its policies. Trump is leveraging this apparent partisan divide—but it is his inheritance, not his recent creation.

The recent introduction of genuinely anti-Semitic Democratic legislators to the House, and the failure of the Democratic House leadership to squarely condemn their anti-Semitism, are certainly not President Trump’s fault. The continued presence of the Jew-hating, Israel-bashing Rep. Omar on the House Foreign Relations Committee shows Speaker Pelosi’s contribution to a loss of bipartisanship on Israel—not President Trump’s.

In discussions with friends, family and colleagues, emphasize that President Trump is not the one conjuring or coddling anti-Semitic tropes. That seems to be a market dominated by progressive members of the opposition. Share with them the reality that if Democrats want to avoid the anti-Semitic, ant-Israel taint of Omar and Tlaib, they need only overcome their kneejerk aversion to anything the president says, and embrace full-throated support of the Jewish state, including Israel’s justifiable ban on the visit of these two congresswomen.