FLAME
X
Put text, tables or any other HTML contents here, as you would put in any other HTML page. ..... and more.
Skip to content
Home » Despite vicious attacks on Israel by the media, the U.N. and Islamists, we continue to win!
“Defending Israel”: New Dershowitz Memoir Provides Ammunition for Zionist ChampionsJacques Gautreaux2019-09-03T12:02:12-07:00 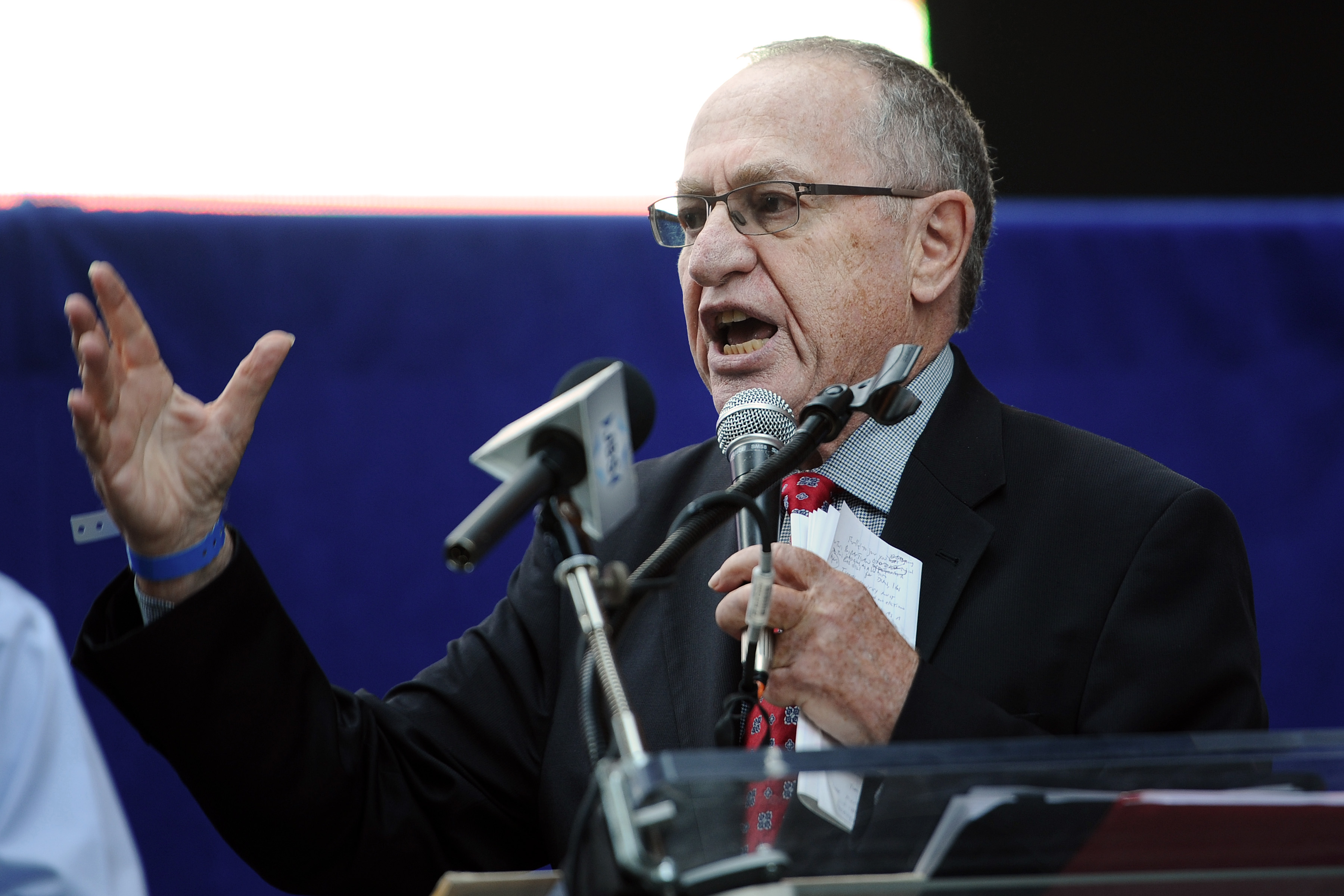 Alan Dershowitz, who has advocated for Israel since the birth of the Jewish state, has published his 41st book, “Defending Israel”—a memoir recounting the inspiring history of Zionism’s 71-year struggle against its enemies.

World-renowned author, criminal lawyer, Harvard law professor and civil rights defender Alan Dershowitz sets the tone for his support of Israel in the introduction to his new memoir, succinctly explaining the global injustice—based on unrelenting anti-Semitism—meted out against the world’s only Jewish state:

“No country faced with comparable threats can boast a better record of human rights, a higher regard for the rule of law, or greater efforts to reduce civilian casualties. Nor has any country in history contributed as much to humankind—medically, scientifically, environmentally, academically, culturally—in so short a time than has Israel in its relatively brief existence as an independent state.”

Dershowitz’s new memoir is an inspiring primer to all who advocate for Israel—especially those who support the Jewish state from a posture of liberalism: Passionate support for democracy and free speech, combined with uncompromising, often heroic opposition to bigotry in all its forms, especially anti-Semitism.

For while Dershowitz is one of Israel’s most prominent and effective defenders, his support is strictly principled. He hasn’t hesitated, for example, to criticize Israel’s drift away from embrace of a two-state solution, but he just as indignantly condemns the racist hypocrisy of the American left for excluding pro-Israel Jews from social justice causes, unfairly characterizing Jews as privileged, colonialist white people.

“Defending Israel: The Story of My Relationship with My Most Challenging Client” is, like most of Dershowitz’s writing, a masterpiece of self-promotion—but it is also an ammunition locker filled with arguments for most every attack on Zionism over the past 70 years.

Though “Defending Israel” is told in the memoirist’s first person, it is more accurately a history of Zionism—particularly the arcs of increasing, then decreasing global public support for Israel, as well as political trends within Israel, from socialist leftism to capitalism and hard-line conservatism.

Dershowitz relates a debate he had with Israel critic Peter Beinart:

“Beinart began by saying how much he admired me for the work I had done to help Soviet Jews immigrate to Israel. Then in the same breath, he condemned me for supporting Israel as it moved to the right. I pointed out the obvious contradiction in his two statements. It is the very fact that a million Soviet Jews immigrated to Israel that moved Israeli politics to the right. I asked him whether he would want to deport or disenfranchise the millions Soviet Jews so that Israel could move back to its traditional left-wing orientation. He laughed, but failed to respond to my deeper point—that Israel is a democracy in which the majority view prevails.”

In the course of the book’s 292 pages, Dershowitz regales the reader with tales of his impressive public jousts with such Israel enemies as Noam Chomsky, Norman Finkelstein, Daniel Berrigan and Desmond Tutu.

But he also candidly reveals his ambivalence for Barack Obama, whose Presidential candidacy he supported, but who in December 2016 engineered, then failed to veto a U.N. Security Council resolution that “perniciously changed the status of Jewish Jerusalem”—asserting that key Jewish parts of the city were illegally occupied by Israel and “a flagrant violation of international law.” Dershowitz replies:

“I wrote a scathing attack on Obama for changing long-standing American policy in order to exact revenge on Netanyahu and tie the hands of his successors. I urged the next president to immediately and officially recognize Jerusalem as Israel’s capital and move its embassy there.”

When Donald Trump did exactly what Dershowitz had recommended, the Zionist advocate was distressed at some of the response.

“[M]any left-wing Democrats—even some who had opposed President Obama’s decision to push the anti-Israel resolution through the Security Council and who had urged Obama to move the embassy to Jerusalem—thoughtlessly condemned the move without providing coherent arguments. For them it was enough that this was President Trump who had ordered the relocations of the embassy. If the same actions had been taken by a President Hillary Clinton . . . it would have been greeted with joy and approval.”

In the book’s penultimate chapter, Dershowitz takes on “The New Anti-Semitism”—from Black Lives Matter, the Women’s March, BDS and intersectionality to outright attempts to silence pro-Israel advocates, of which Dershowitz has often been a victim, primarily on college campuses.

This fervent Zionist closes by describing an attempt to smear him with fantastically fabricated stories about his alleged sexual misconduct—and his defiance in the face of all lies.

“It doesn’t matter to Israel haters whether the allegations are completely disproved, struck, withdrawn, mistaken and made up—as they were in this case—as long as it negatively impacts my ability to defend Israel. I will continue to fight back against these anti-Israel motivated defamations.”

We who deal with the daily drumbeat of wild, baseless lies against the Jewish state can appreciate Dershowitz’s frustration in the face of such incessant, unfair attacks—but we can also draw strength from his determination to stand tall against the haters. At 80 years old and still unbowed, may Dershowitz continue to provide such empowering inspiration over the coming decade.

I hope you’ll consider acquiring this or one of Dershowitz’s many books on Israel advocacy to add strength and conviction to your conversations with friends, family and colleagues.

I hope you’ll also take a minute, while you have this material front and center, to visit FLAME’s lively new Facebook page , as well as review the P.S. immediately below. It describes FLAME’s new hasbarah campaign—a refutation of the myth of “Palestinian territories.”