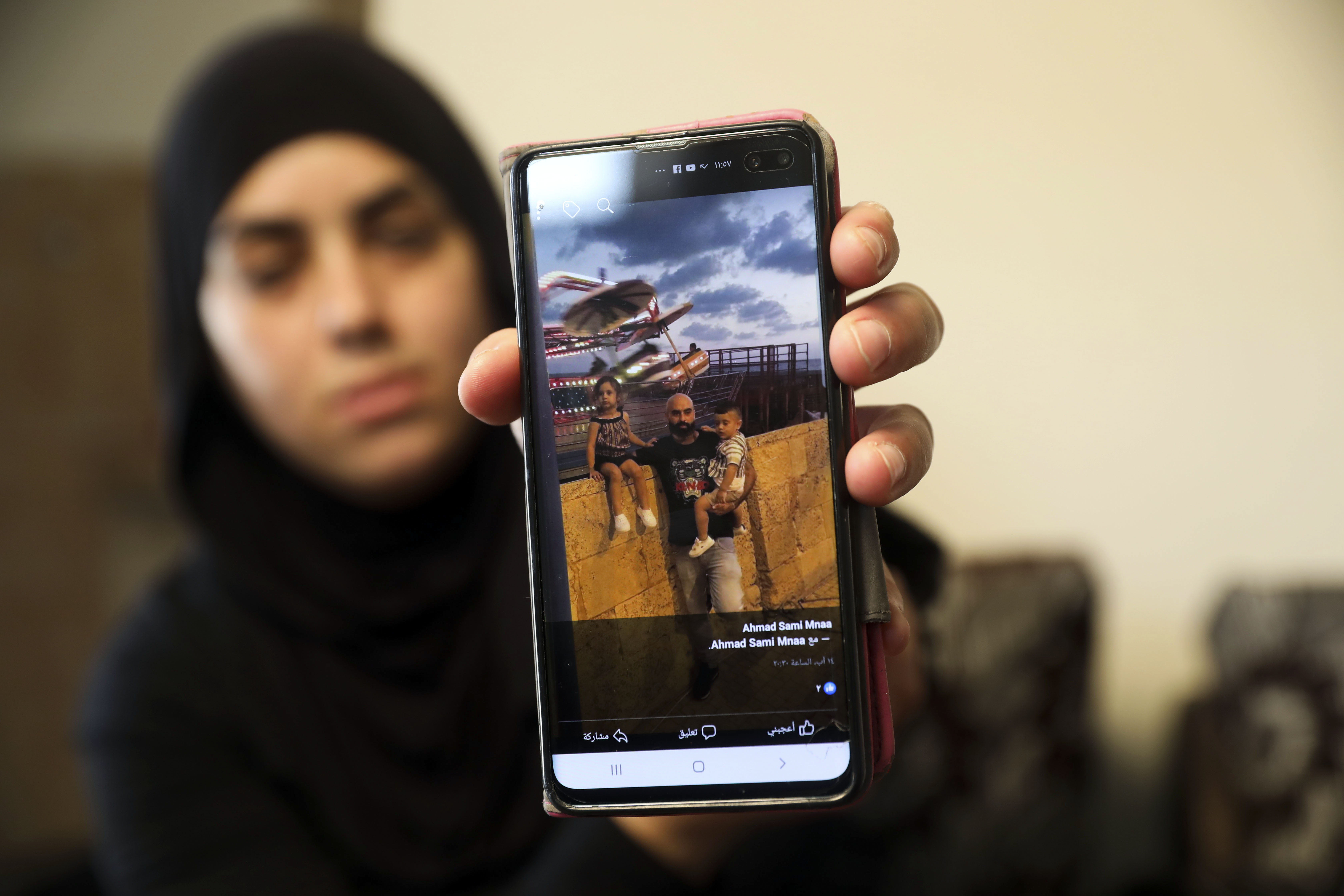 An Israeli Arab woman shows a photo of her dead brother, one of two of her siblings recently killed in a midday shootout in Majd al-Krum. According to the Associated Press, “a wave of violent crime in Israel’s Arab communities has exposed the longstanding mistrust between the marginalized community and Israeli authorities.”

Arab-On-Arab Murders in Israel Soar: Israel’s to Blame . . . of Course

The murder rate in Israeli Arab communities has soared, and most of the responsibility for this dismal fact is assigned by media outlets to the State of Israel and its police. Among those piling on are the “usual suspects”: The Washington Post, New York Times and other worldwide media .

Citing, in its headline, Israel’s “double standard in policing,” The Washington Post reported that a young Arab man named Ibrahim Mahamid, whose family was embroiled in a feud with another group, was shot twice in the back by a speeding Mazda 5 in the major Israeli Arab town of Umm-al-Fahm. It was the second time around the block for the Mazda’s driver, who was intent on fulfilling his homicidal mission.

Mr. Mahamid was just one among the fifteen Arab murder victims in the past month. Negligent Israeli policing was blamed for the tragedy.

It seems that no pathology in the Arab world arises without Israel actions—or inaction—being the guilty parties:

• Rioters in Gaza try to break through the border to terrorize Israelis—and it’s clear to the media that Israel’s protective blockade of Gaza is at fault.

• A pre-planned, bloody Al-Aqsa Intifada erupts in 2000—and it’s all the result of an Israeli politician’s “filthy feet” (per PA President Mahmoud Abbas) defiling the sacred mosque atop the Temple Mount, it is explained.

• Israeli buses, pizza places and discos get blown up, and the press focuses on the evil predations of Israel’s “occupation” or “settlements” program.

Israeli Arab-on-Arab murder rates have shot up to nearly twice last year’s pace. This year’s rate is set to reach 100 victims. Arabs make up 20% of Israel’s population, but now account for 60% of its homicide victims . Gunfire into the air is now standard fare at Arab weddings, with the guns too often being turned horizontal before the end of these festivities.

When Israeli police arrive, witnesses suffer from memory loss. The odd witness who does recall seeing a spray of gunfire from a car cutting down a pedestrian often recants his or her testimony, or is discovered days later in a bloody ditch.

Recently, in Ramle, a prominent imam, Sheik Ali al-Danaf, was hospitalized in critical condition after his car was hit seven times by assassins’ bullets. He had just given a sermon condemning local organized crime and demanding aggressive police action.

Arabs interfering with police investigations have removed closed-circuit cameras, collected and hidden evidence like bullet-shell casings and used other means of tampering with crime scenes.

Israeli police have, in fact, taken steps to respond more quickly and effectively to the Arab crime wave. In the past few years, over a dozen of new police stations have been opened in Israeli Arab villages and towns.

The Israeli police launched an initiative three years ago to recruit more Arab cops to improve neighborhood policing. But this initiative is crippled by the difficulty in finding young Arab men and women willing to be identified as allies of the Zionists. Even promoting an Arab to second-in-command of the national police force in 2016 hasn’t seemed to convince Arabs that they can serve their communities by helping to stop the bloodbath on their streets.

A recent summary article in The Washington Post helps readers to put the whole tragedy in the proper, anti-Israel context:

“Arab citizens, who suffer from widespread discrimination, say Israel’s vaunted security forces are suspiciously powerless when it comes to combatting violence in their communities.”

“Arab citizens have close family ties to the the Palestinians in the occupied territories and largely identify with the Palestinian cause. . . and many in the community see the Israeli security apparatus as a hostile force.”

“The Israeli government knows every detail about everything that happens inside and outside the country,” he said. “They can reach Iran, Iraq, Syria, everywhere, and they can’t remove weapons from Arab towns?

“They are happy with this situation, this chaos,” he added.

When Public Security Minister Gilad Erdan stated the obvious—”Arab society, and I am sorry to say this, is very, very violent”—he probably didn’t guess how sorry he would be. He was forced to retract his words and abjectly apologized to the Arab citizenry for giving offense.

Mass recent public rallies in Arab communities—demanding an end to the violence—loudly lay the bulk of the blame on an uncaring, discriminatory police force.

Even the police’s success this year in confiscating 3,500 illegal weapons and arresting over 2,500 Arabs on weapons charges tends to be viewed and reported as just more Israeli persecution and discrimination against its Arab citizens.

Police in Israeli Arab towns like Umm-al-Fahm and Ramle can certainly always do more to stanch the bleeding. So can the police in Chicago, IL or Baltimore, MD.

But the social pathologies and refusal of so many to trust and assist the police in their thankless work must be viewed as significant contributors. A recent poll showed that 78% of Israel’s Arabs “do not trust” the police. People who glorify murderers, fail to cooperate with investigations, and do not discipline their own children and other relatives leave the police little investigative evidence.

Elders who do not control inter-clan passions and condone killing their own daughters who are rumored to have “strayed” also contribute to the homicide rate.

At any rate, turning frustration and fury on Israeli police does little to solve the problem and much to create increased Arab-Jewish hostility—and more Arabs in body-bags.

In discussions with friends, family and colleagues, emphasize to them that the violence and hatreds in the Arab world—and Arab Israeli communities—manifest in tragic crime statistics like those in Israel. Israeli police can play an important role, but—like the IDF under attack in 1948, 1967 and 1973—must do their best in what is one of the most hostile parts of the world.