FLAME
X
Put text, tables or any other HTML contents here, as you would put in any other HTML page. ..... and more.
Skip to content
Home » Despite vicious attacks on Israel by the media, the U.N. and Islamists, we continue to win!
Anti-Zionist Alternative Universe, Where Palestinians Are Martyrs, Not Misfits _May 28, 2019Jacques Gautreaux2019-05-27T15:30:39-07:00 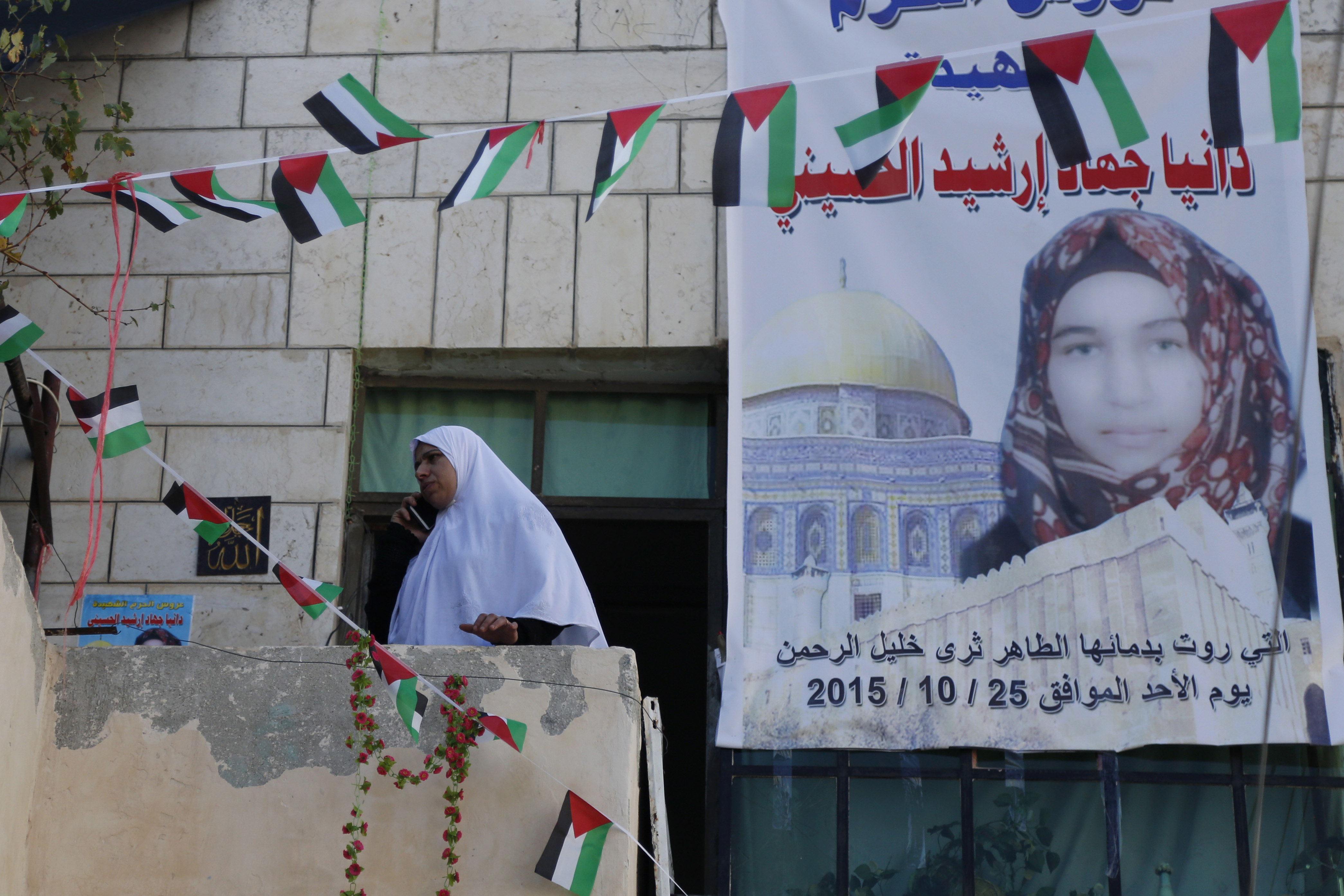 In the anti-Zionist alternative universe, democratic Israel is a pariah, while corrupt Palestinian dictators are heroes and terrorists like Dania Ersheid (depicted), who was killed after she tried to murder Israelis in Hebron, is a martyr.

Israel’s Enemies Create an Alternative Universe in Which the Palestinians Are Martyrs, Instead of Misfits

Say one thing for the Israel haters: Over the 71 years since Israel’s founding, its enemies and other haters have created the closest thing to an alternative universe.

In this perverse, upside-down world, what should be praised is widely disdained, especially by the anti-Semitic political left. That’s an impressive accomplishment, especially considering Israel’s amazing contributions to the world in its short, adversity-filled history—starting with Israel’s miraculous birth and its extraordinary technological, medical, military and economic achievements.

Due to the extraordinary black magic of anti-Semitism, Israel’s many exemplary virtues in this alternative universe are turned into vices—and the dastardly deeds of its enemies are revered.

A sterling recent example is provided by Marc Lamont Hill, the disgraced Temple University Professor who was fired from CNN for anti-Semitic comments.

Keynoting a leftist political dinner recently, Hill said, “We ain’t got to walk around struttin’, talking about two-state solutions . . . What about a world where everyone has freedom, justice, equality, safety and self-determination? One person, one vote? Getting rid of the settler-colonial project altogether?”

Given Hill’s solid anti-Zionist bona fides, we can assume his reference to the “settler-colonial project,” was an attempt to delegitimize Israel’s existence and argue for its destruction. But a stranger to the upside-down world of anti-Israel rhetoric—or any rational person—might be forgiven for thinking Hill was in fact criticizing the Arabs.

After all, it’s the Arabs (except those that live in Israel) who almost universally lack freedom, justice, equality and safety. It is the Arabs who have fought three major wars and launched murderous jihads against Israel in an effort to cleanse the Jewish people from their homeland and colonize their territory. What’s more, today both Palestinian Arab factions are ruled by ruthless, anti-democratic dictators—both deny their people the vote and both oppose self-determination of Israeli Jews.

Another bizarre aspect of the upside-down alternative universe of anti-Zionist hate is the inexplicable support by Americans and other Westerners for the Palestinian people, who are cast as martyrs, instead of misfits.

In a sensical world, most Westerners would not even know who the Palestinians are, so indistinguishable are they from the general Arabic populace. After all, the Palestinians just starting calling themselves a people in the mid-Sixties.

In truth, as a stateless people, Palestinians are no more worthy of attention than Catalans in Spain, 1.5 million disenfranchised Rohingya in Myanmar or a million captive Uyghurs in China. Indeed, as a people, the Palestinians are virtually feature-less, save their most notable contribution to civilization—the technique of terrorist suicide bombing.

What’s more, despite more than $40 billion dollars in international aid over the past 70 years, the Palestinians have achieved little more than creating two murderously feuding factions—one in Judea-Samaria (the West Bank), run by Mahmoud Abbas, and one in Gaza, run by the Islamist terror group Hamas. Both groups are corrupt, bankrupt, autocratic societies that stand for nothing more than the defeat of democratic Israel by terrorist means.

Yet unlike most dispossessed peoples, Palestinians—at least those in Judea-Samaria—are far from destitute. To the contrary: Due to a constant flow of international welfare payments and substantial infrastructure support from Israel (water, electricity, roads), they enjoy one of the highest standards of living in the region.

In a right-side-up world, Americans and the West—especially humanitarian-minded college activists—should be forming support groups for the resilient, democratically inclined and U.S.-allied Kurds, who number 40 million and have been oppressed by the autocrats of Syria, Iran, Iraq and Turkey for decades. Or the six million Tibetans, whose beautiful, spiritual and peaceful land has been overrun, colonized and brutally oppressed by the Chinese since 1959.

Yet despite the supreme worthiness of the Kurds, Tibetans and dozens of other dispossessed peoples, support groups exist on campus only for the stateless Palestinians. Ironically, though, these groups’ primary activity is not to support the Palestinians—such as raising funds for food, education, electricity—but to attack Israel, the world’s one and only Jewish state.

Likewise, there are no members of Congress who actively advocate for other needy, dispossessed people the world over, as there are now for the Palestinians.

Indeed, the sole virtue of the Palestinian people—and the source of the passionate sympathy they enjoy from the left—would seem to be their good fortune in choosing Middle Eastern Jews as their enemy.

After all, the left’s anti-Zionist obsession trumps all their other political values. The Palestinians can be misogynist (which they generally are), homophobic (which they usually are) and autocratic (which they inarguably are) and risk no loss of affection from their left-wing intersectional allies.

In truth, unfortunately, we are never likely to break the hateful spell of the radical left’s anti-Zionist alternative universe. But we can hope to reach the vast majority of people in the center—those who are not ideologically driven and who may uncritically support the Palestinians for “humanitarian” reasons . . . or because so many media lie about the Jewish state.

After all, it’s true that the Palestinians as a people are horribly exploited and oppressed by their leaders—they do indeed deserve our sympathy. Yet this is different from characterizing Israel’s “occupation” as the cause of Palestinian suffering.

The next time you’re speaking with people who express sympathy for Palestinians, consider asking this question: “I’m curious, exactly what is it about the Palestinians that makes them special to you, that causes you to support them?”

This opens the opportunity to share your sympathy for the tragedy of the Palestinians—brought on by the belligerence of their leaders and by their refusal to accept Israel’s generous offers of peace and their own state in 1948, 2001 and 2008. (Indeed, the Palestinians are the only stateless people to have been offered a state and refused it.)

Ironically, this seems also to be precisely why the Palestinians have attracted such extraordinary sympathy from anti-Semites.

As the Trump administration prepares to unveil its “peace deal” in Bahrain in June—a redevelopment proposal that seems more and more like a Marshall Plan for the Palestinian Arabs—it’s useful to step back and offer a fresh perspective on why the U.S., Western Europe and the rest of the Arab world have devoted so much effort and treasure on the inauspicious Palestinians. Ultimately it seems to be borne more of dislike for Jews than any admiration for the Palestinians.

In addition to this important myth-busting, I hope you’ll also take a minute, while you have this material front and center, to visit FLAME’s lively new Facebook page and review the P.S. immediately below. It describes FLAME’s most recent hasbarah campaign—on whitewashing misrepresentations made by the media and, alarmingly, by some politicians, about the insidious Boycott, Divestment and Sanctions (BDS) movement.