FLAME
X
Put text, tables or any other HTML contents here, as you would put in any other HTML page. ..... and more.
Skip to content
Home » Despite vicious attacks on Israel by the media, the U.N. and Islamists, we continue to win!
Anti-Semitism Triumphs in the United States Congress_March 12, 2019Jacques Gautreaux2019-03-11T12:48:45-07:00 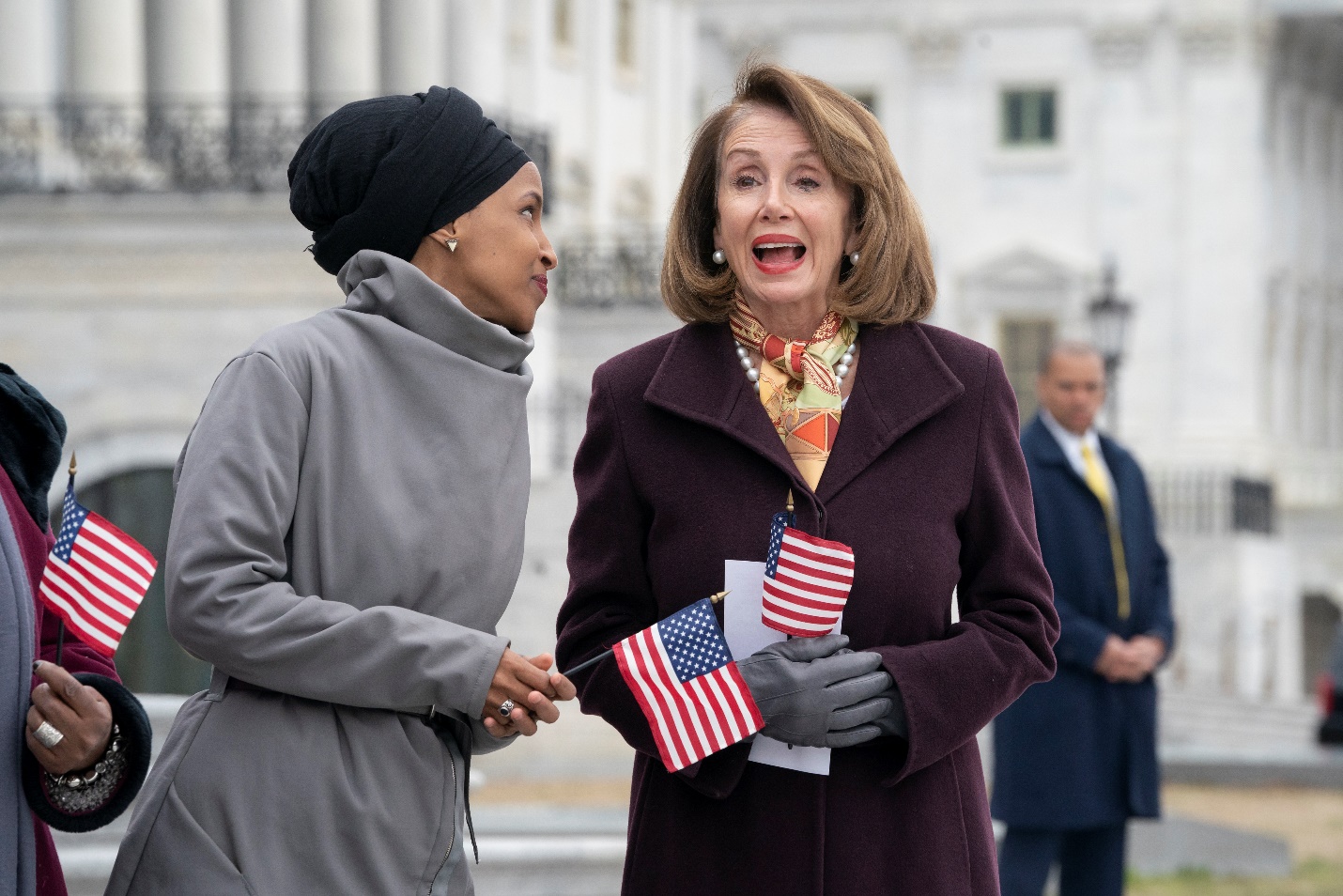 Freshman Representative Ilhan Omar (D-MN) has a long and well-documented record of expressing anti-Semitism. Yet, she was elevated immediately by Democratic Leader Nancy Pelosi to a seat on the powerful House Foreign Affairs Committee.

In the past, she has stated that Jews buy power among American politicians, and that Jews have magical “hypnotic powers,” among many other classic anti-Semitic tropes.

Last week, she stated that Jewish defenders of Israel were displaying “dual loyalty.” On top of her earlier hackneyed expressions of anti-Semitic passion, everyone—including House Speaker Nancy Pelosi—decided that the time was right for a denunciation of Rep. Omar and her disgusting beliefs. Many—in and out of Congress—demanded that she be removed from her seat on the House Foreign Affairs Committee.

So House Democrats set to work on a motion condemning anti-Semitism and Omar in their chamber, and the only immediate question was whether Omar would be explicitly rebuked by name for her horrific anti-Semitism. However, facing a full-scale revolt from Progressive Democratic House members, Speaker Pelosi and her deputy, House Majority leader Steny Hoyer (D-MD), decided to leave Omar’s name out of the resolution.

Progressive leaders like Senator Bernie Sanders—and most of the other Progressive candidates for the 2020 Democratic nomination, such as Kamala Harris (D-CA) and Cory Booker (D-NJ)—defended Rep. Omar’s comments. Even Speaker Pelosi tried to exonerate Rep. Omar, saying that the latter didn’t understand “the weight of her comments.”

Omar’s congressional allies rushed to her defense, using a variety of irrelevant arguments. They argued that Omar simply had no idea that using a centuries-old trope to defame the Jewish people might be viewed as anti-Semitic. Whitewashing Rep. Omar’s comments, they suggested she was merely critiquing Jewish-American endorsement of the policies of the “right-wing Netanyahu government.”

Congressional allies even crafted a novel calculus of victimology, with Majority Whip Rep. James Clyburn (D-NC) claiming that Omar’s horrid Somalian refugee experience in Kenya was much more “empirical and powerful” than the too-sensitive feelings of the children of Holocaust victims.

Hence, Rep. Clyburn continued, Jews and other critics shouldn’t overreact to the anti-Semitic rantings of a “woman in pain.”

Thus, a brief resolution condemning Rep. Omar and anti-Semitism became Omar-less. But it didn’t stop there.

Speaker Nancy Pelosi and her team decided that condemning anti-Semitism wasn’t a big enough issue. Instead—with Omar, no less, participating in the drafting—an 8-page laundry-list of nasty types of prejudice was produced that included vague condemnations of pretty much every form of prejudice that can exist.

Then, a vote on the proposal had to be delayed so that Latinos could be added in the list of victims of prejudice. Every recent hate-crime, from Charlottesville to mosque-bombings since 9/11 were included and, unsurprisingly, condemned.

In fact, it isn’t until the ninth paragraph of the resolution that anti-Semitism is specifically raised—and that is a reference to the tragic murders at the Tree of Life synagogue in Pittsburgh.

Having been successfully transformed from a condemnation of anti-Semitism in general—and Rep. Omar’s comments in particular—the resolution sailed through the House by a vote of 407-23. All of the dissenting votes were from Republicans who refused to go along with this travesty.

The evisceration of the resolution to condemn anti-Semitism amounted to Congress deciding that anti-Semitism—and even its avid promotion by its own members—wasn’t really worth getting too upset about.

In addition, Rep. Omar retained her seat on the House Foreign Affairs Committee—a body that often considers issues of vital interest to the State of Israel and Jews around the world. Supplementing her heinous anti-Semitic remarks, Rep. Omar is an energetic advocate of the BDS movement, whose core purpose is the complete elimination of the Jewish state.

Her continued membership on the House Foreign Affairs Committee calls to mind nothing more disgraceful than the UN Human Rights Council (UNHRC), which includes some of the most notorious rights-abusing nations on our planet’s surface.

Having withdrawn from the UNHRC last year, America now finds that Speaker Pelosi and her team seem to be trying—with Rep. Omar’s continuing membership on the House Foreign Affairs Committee—to recreate the UNHRC ethos on Capitol Hill.

Sadly, 70% of the religious hate crimes in America last year were committed against Jews—who only comprise 2% of America’s population. Now, Congress has, in effect, proclaimed an open season on Jews—even among its own members.

This travesty should emphasize to all of us who care about Jews and Israel that dark clouds loom. The forces of anti-Semitism—and its twisted sister, anti-Zionism—are ascendant.

In talking with friends, family and colleagues, I urge you to emphasize the emerging threat that Jews everywhere face from the bizarre and disquieting tolerance of Progressive anti-Semitic, anti-Zionist politicians of bigotry and hatred. Encourage them to support candidates who are unequivocal in supporting Israel . . . and opposing anti-Zionists.

Explain to them that the era of bipartisan support for Israel and the unconditional American—and even Congressional—abhorrence of anti-Semitism are increasingly endangered. Make sure your representatives at all levels of government understand that they must repudiate these unsettling trends.

I hope you’ll also quickly visit FLAME’s lively new Facebook page and review the P.S. immediately below, which describes FLAME’s recent hasbarah campaign asserting the need for Israel to maintain its sovereignty over the strategically critical Golan Heights on its border with Syria.