FLAME
X
Put text, tables or any other HTML contents here, as you would put in any other HTML page. ..... and more.
Skip to content
Home » Despite vicious attacks on Israel by the media, the U.N. and Islamists, we continue to win!
Who Is the Real Cause of Gaza’s Misery? Surprise: It’s Not IsraelJacques Gautreaux2020-03-02T12:20:19-07:00 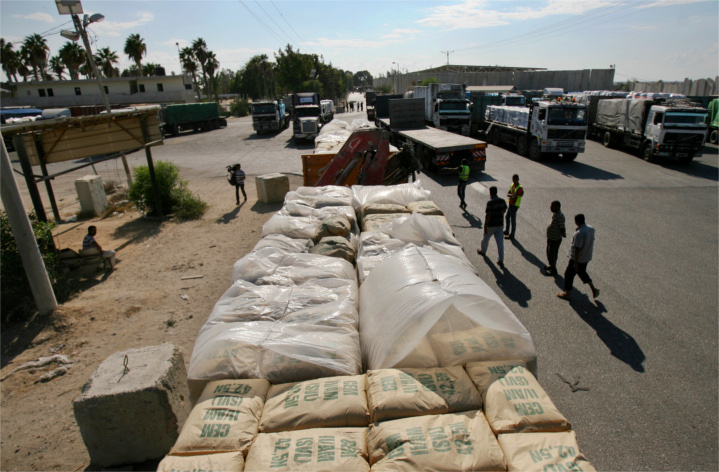 Who Is the Real Cause of Gaza’s Misery? Surprise: It’s Not Israel

With the launching of more missiles and balloon-bombs from Gaza into Israel, some media are again fulminating about how Israel has turned Gaza into “the world’s largest open-air prison.” Of course, the reasoning goes, the Gazan people have no choice but to resist in any possible way the horrific conditions with which the Israeli air, land and sea blockade strangles them daily.

However, once again, facts prove these media wrong: Indeed, the principal source of Gaza’s isolation and desperation is, in fact, Egypt. Egypt has the largest Arab population in the world, Egypt ruled Gaza for two decades before the fateful “War of Extermination” against Israel in 1967, and Egypt totally controls the southern border of Gaza—containing the terrorist leadership of Hamas, Islamic Jihad and the compliant Gazans in the 140 square-mile strip.

Gaza is roughly rectangular in shape, with its western side bordering the Mediterranean Sea. The northern and eastern sides form the boundary with Israel. But its seven-mile long southern border is with Egypt, with that boundary running through the city of Rafah. In Rafah is a major border crossing from Gaza into Egypt’s Sinai Peninsula. That crossing is tightly controlled by Egypt, and is mainly used for humanitarian transfers of individual patients and occasional diplomatic meetings.

A few miles from Rafah, around the southeast corner of Gaza, Israel maintains the Kerem Shalom crossing into Israel in uneasy partnership with the Hamas government on the other side. Through this crossing with the “Zionist Entity,” thousands of tons of material are trucked in annually, including construction supplies, and food, medicine and other humanitarian assistance. Gazans with work-passes or humanitarian needs transit here and through the more northerly Erez crossing.

In addition, Gazan exports go through the Israeli crossings, and remittances are paid to the Gazan exporters and their Hamas terrorist enablers. None of this goes on at the Egyptian Rafah crossing.

But there is lots of activity going on at—and under—Rafah through hundreds of smuggling tunnels into Sinai. Hamas charges $2500 for an annual license to operate a tunnel into Egypt for illicit purposes. Some are as deep as 100 feet, and run from houses in Rafah, Gaza to Rafah, Egypt. Principally, this enormous network of tunnels is used to smuggle arms into Gaza, and to transport terrorists into the Sinai Peninsula to wreak havoc in Egypt.

Worldwide, everyone is keenly aware of the Israeli security fence that protects its borders with Gaza, and knows that the Israeli Navy patrols the Mediterranean coast of Gaza to ensure that armaments are not smuggled in by sea via the Gazan “fishing fleet.”

But the media seem to ignore the fact that Egypt has a far more formidable barrier on its frontier with Gaza. Last week, Egypt announced a major upgrade to the Gaza Wall to disrupt the underground smuggling operations. The double wall is a twenty-foot tall reinforced concrete monolith. It will be built to a depth of twenty feet to augment the tunnel blockage of an earlier 2008 wall.

In 2014, Egypt saw that a major problem with Gaza-tunnel prevention was the entrance and exit points in densely populated Rafah neighborhoods on both sides of the wall. So Egypt condemned all the houses in Egyptian Rafah within a quarter-mile of the wall.

But the Gazans just extended their tunnels, and, in 2017, the clear-cut buffer zone was increased to a mile in breadth, rendering hundreds of Egyptian families homeless—while making most of the Gaza smuggling routes “tunnels to nowhere.”

While the Hamas- and Islamic Jihad-led Gaza shoot missiles and launch incendiary devices at Sderot and other southern Israeli cities, none of these lethal terrorist actions occurs in Rafah, el-Arish or other northern Egyptian cities. Nor do Gazans launch barrages of longer-range projectiles into Egyptian population centers, as they recently did to Ashkelon in Israel. Since the massive celebratory breach of the Egyptian border in 2008—in which hundreds of thousands of Gazans crossed into Egypt—no further efforts have been made to confront Egypt on its relatively airtight border with Gaza.

Instead, everyone looks the other way—condemning Israel, which is actually Gaza’s greatest, though still-hated, benefactor.

In reality, Egypt could open its border with Gaza tomorrow. It could declare a free-trade zone to aid the shattered Gazan economy. It would have masses of trucks and civilian transportation crisscrossing the border as they do at Israel’s Kerem Shalom crossing, giving Gazans freedom of travel and employment in a place their leadership hasn’t insistently deemed worthy of total destruction. After all, Gazans and Egyptians are Arab brethren with a shared language, culture and religion.

So why doesn’t Egypt open their arms to their Gazan brethren? Simple—thanks to Hamas and Islamic Jihad, Gazans are thoroughly indoctrinated in militancy and terrorism. Islamist elements that have made it into Sinai from Gaza have murdered Egyptian citizens and soldiers on a large scale. What’s more, Egypt has enough trouble containing the Muslim Brotherhood on its own territory—remember the brief democratically elected Morsi regime in Egypt? The last thing Egypt wants is to give free movement of Hamas operatives into Egypt: Hamas is, after all, the Gaza branch of the Muslim Brotherhood.

So why then does the media ignore Egypt’s critical role in keeping Gaza boxed in and isolated? The answer is simple: When in doubt, blame Israel. Gazans inevitably get shot trying to invade Israel, making for good TV and photos. Plus, it fits neatly into the mainstream media’s preferred narrative—Israel is Goliath. Likewise, the Hamas leadership fully appreciates that attacking the Egyptian border and launching hundreds of missiles into Egypt would make Israel’s responses look positively pacifistic in comparison to Egypt’s.

In discussions with friends, families and colleagues, we encourage you to point out that Egypt is responsible for the perpetual pressure cooker that is Gaza. While Israel’s blockade of Gaza completes it encirclement, that would not be possible if the world demanded that Egypt throw open its border with Gaza. Emphasize that the focus on Israel as the culprit in Gaza’s misery is misplaced and utterly hypocritical.

In addition, I hope you’ll also take a minute, while you have this material front and center, to visit FLAME’s lively new Facebook page and review the P.S. immediately below. It describes FLAME’s new hasbarah campaign—outspokenly describing Israel’s critical strategic value to America.