FLAME
X
Put text, tables or any other HTML contents here, as you would put in any other HTML page. ..... and more.
Skip to content
Home » Despite vicious attacks on Israel by the media, the U.N. and Islamists, we continue to win!
Were Jews the “Chosen People” to Create a State in the Land of Israel?Jacques Gautreaux2020-07-16T08:10:01-07:00 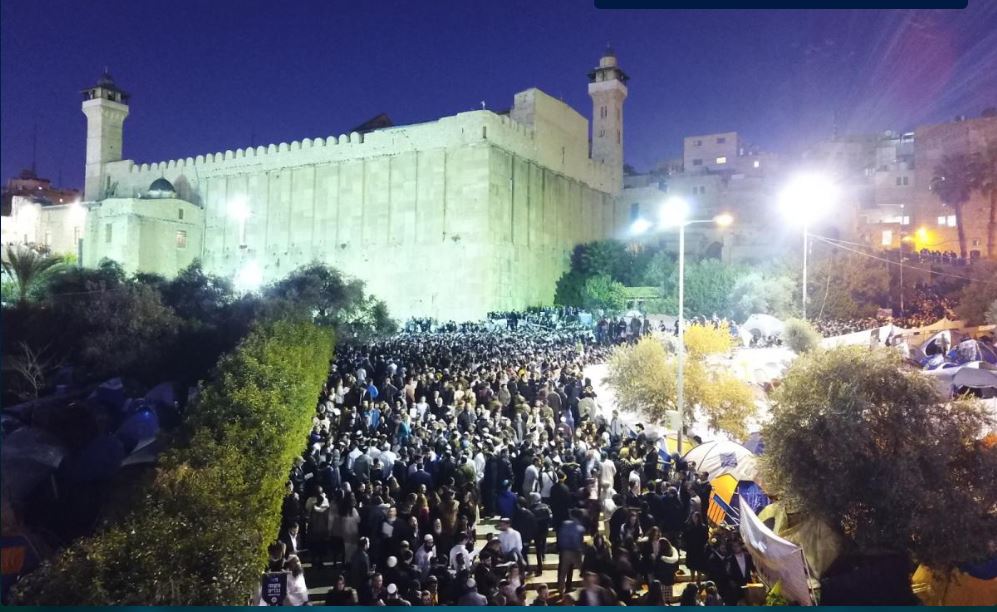 Cave of the Patriarchs, where, according to biblical tradition, Abraham, Isaac, Jacob, Sarah, Rebecca and Leah are buried. It is in Hebron, not far from Shechem, where, the Bible recounts, G-d “chose” Abraham to create a Jewish nation in the Land of Israel. (Photo courtesy Hebron.com. For more information go to Hebronfund.org.)

Were Jews the “Chosen People” to Create a State in the Land of Israel?

Tevye the Milkman in Fiddler on the Roof, in a moment of frustration, cries to G-d, “I know, I know. We are Your chosen people. But once in a while, can’t You choose someone else?”

Ironically, I’ve never heard a Jewish person speak proudly of being “chosen,” nor have I ever seen “choseness” used by Jews as a justification for the state of Israel. Often as not, this idea of enjoying the Lord’s special favor is to Jews either embarrassing . . . or quietly humbling.

Most importantly, Jews more likely view the concept of choseness as a responsibility—as well as the source of millennia of persecution—rather than a privilege.

While in the Bible G-d tells the Hebrews that they shall make their home in what is now Israel, this is only a tiny part of the claim Jews have to the Promised Land.

The principle of Jews as G-d’s chosen people appears several times in the Book of Deuteronomy (called בראשית in the Torah). “For you are a holy people to the Lord your G-d: The Lord your G-d has chosen you to be his special people, out of all peoples who are on the face of the earth.” This idea is repeated later in this chapter and in other places in the Torah.

We should be clear that G-d’s “choosing” of the Jews to be “special” does not mean racially superior, but rather that they have a unique relationship to G-d.

While this relationship may bring the Jews spiritual comfort, it’s also a call to responsibility—just as when you are given a promotion to a new job. Being chosen sets higher standards and requires harder work.

At the time of G-d’s biblical choosing of the Jews, Abraham represented us. We understand Abraham’s new obligations to be lovingkindness, hospitality and justice. But let’s remember that Abraham was a flawed character who made mistakes, whom G-d tested with tribulations, and who had to struggle to maintain his special relationship to G-d.

Certainly, modern Jewish people, for all their blessings, have struggled to rectify their human flaws, have suffered through adversity . . . and to this day strive to be worthy of G-d’s favor.

Without a doubt, the Jewish people have accomplished greatness. Members of this tiny group, representing only 2/10 of a percent (0.02%) of the world’s population, have won 23% of all Nobel Prizes, are 21% of all Ivy League students, have won 51% of Pulitzer Prizes for non-fiction and account for 31% of all Academy Award directors.

Clearly, G-d was not on the committees that chose such Jewish stars. Each of these super-achievers did it themselves. Jews may have been blessed by G-d—chosen by G-d—but Jewish accomplishment and Jewish survival comes from a spiritual well-spring within Jews as individuals and as a people.

As for the land of Israel, in the Bible’s first book, Genesis (ברשית in the Torah), G-d appeared to Abraham in Shechem—then in the land of Canaan, today a city in Judea-Samaria—and said, “ to your seed I will give this land.”

“And I will make you a great nation, and I will bless you and make your name great and you will be a blessing.

“And I will bless them who bless you, and he who curses you I will curse, and in you will all the families of the earth be blessed.”

This biblical message certainly confirms the idea that God “chose” the land of Israel for the Jews. But in Abraham’s time, this divine utterance gave only notional credence to Jewish claims to the Promised Land.

Then came 4,000 years of history—in which the Jews conquered the land from the now extinct Canaanites, formed kingdoms, starting with the Kingdom of Saul in 1,025 BCE, and continued living on these lands for 3,000 more years until the present day, despite being conquered and exiled and returning over and over again.

Just as important, in all the thousands of years in which Jews were dispersed throughout African, Arab, European and American lands, they never forgot their heritage in the Holy Land—and they never gave up the hope and determination to return to it.

For thousands of years, exiled Jews have yearned to return to their homeland —no wonder millions of Jews in the Diaspora conclude every Passover Seder with the prayer: “Next year in Jerusalem!”

Finally, in 1948, the Jews again achieved critical impetus in the Holy Land, mustering the political, economic and military strength to recreate their nation state—the State of Israel.

While Israel is a postage-stamp sized country—about the same area as New Jersey, just 1/800 of the total Middle East land mass, its accomplishments in just 72 years are legion. Since its founding 1948, when Israel was at best at second-world country, it has become one of the strongest military forces on earth and, judging by economics, politics, technology, culture and armaments, the eighth most powerful country on earth.

While G-d’s blessing may have assisted the Jewish people in their determination to survive persecution and return to their homeland after thousands of years of exile, we can easily argue that it was Jews themselves that made this happen.

One final word on Jewish choseness: Many reject Jewish choseness because it seems exclusive or divisive. But this should not be the case. While Jews are a people—with distinct religious and cultural attributes—they are not a race.

Anyone who wants can become a Jew—anyone can convert to Judaism. If you want G-d’s blessing—if you want to be among the “chosen people”— you can simply choose to join us. Welcome aboard. Just talk to your local rabbi for instructions.

It clearly annoys some anti-Zionists and Jew-haters that G-d “chose” the Jews and “gave” them Holy Land. But I hope as you discuss the “Chosen People”—with friends, family, colleagues and in letters to the editor—you’ll note that while G-d’s blessing has no doubt strengthened the Jewish people, their accomplishments have been won through determination and hard work.