FLAME
X
Put text, tables or any other HTML contents here, as you would put in any other HTML page. ..... and more.
Skip to content
Home » Despite vicious attacks on Israel by the media, the U.N. and Islamists, we continue to win!
UN Sinks to New Low: Publishes BDS-Inspired Blacklist Against IsraelJacques Gautreaux2020-02-17T13:11:30-07:00 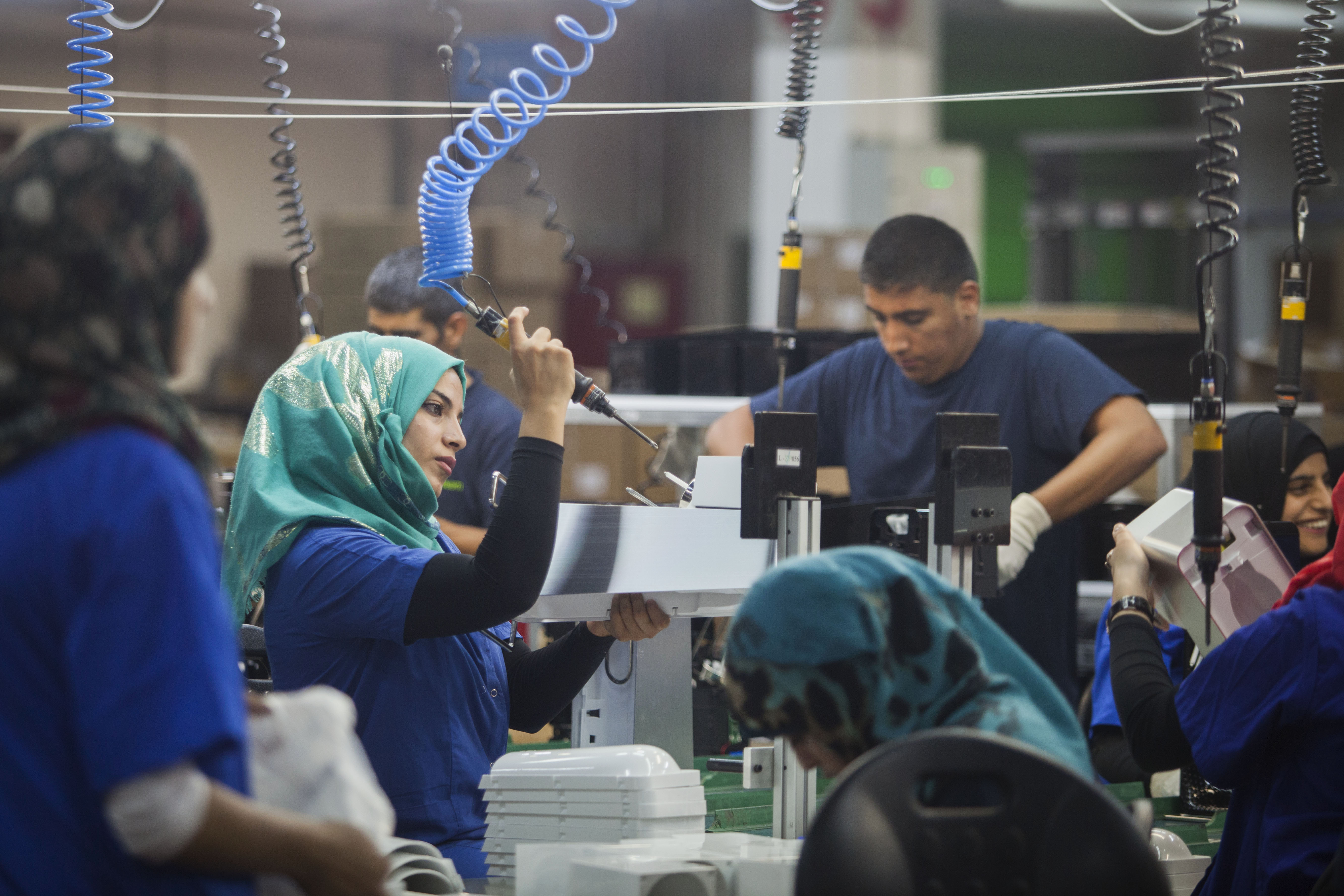 Israelis and Palestinians work side-by-side at a SodaStream factory.  If the UN Human Rights Council’s blacklist achieves its goal, the workers will all be out of jobs: The UNHRC considers that the collaborative industry going on here is a “war crime.”

The stench of anti-Semitism always hovers over Switzerland’s Lake Geneva when the United Nations Human Rights Council (UNHRC) is meeting there. The foul emanations last week reached a new nadir with UNHRC’s publication of a “database” of companies doing business in the disputed territories in Israel.

As Bruno Stagno Ugarte, the UN’s deputy director for “advocacy,” stated, “The long-awaited release of the UN settlement business database should put all companies on notice: To do business with illegal settlements [sic] is to aid in the commission of war crimes.”

Ponder that: For the 112 companies on the list—including 18 foreign companies, like General Mills, Airbnb and Expedia—to do business in Judea and Samaria (the “West Bank” to the UN) is a war crime. These “war crimes” include employing 20,000 Palestinian Arabs as managers, software engineers and other jobs for triple the pay offered by local Arab businesses and with far better health and other fringe benefits than are paid by Palestinian businesses.

Or perhaps it is a war crime for the wily Israelis and others to have Palestinian Arab and Jewish Israeli workers learn to view each other as colleagues and friends, rather than as adversaries and enemies.

In the eyes of the UN, it is a war crime to pour hundreds of millions of dollars into the financially distressed disputed territories. And it is especially a war crime for Jews or other “outsiders” to make a profit in the sacred land of “Palestine.” In no other disputed area of the world does the UNHRC address this issue, much less treat it as a “war crime.”

The United States appropriately denounced this Boycott-Divestment-Sanctions (BDS)-inspired blacklist with utter disdain. Secretary of State Pompeo flatly rejected the UNHRC’s effort to defame Israel. In addition, it is worth noting, various federal laws and 28 states’ statutes specifically prevent any action by American firms to participate in a boycott action related to the UNHCR list.

Unsurprisingly, the Palestinian Authority (PA) celebrated the UNHRC’s publication of the Israel blacklist.

PA Prime Minister Mohammed Shtayyeh pledged that the blacklisted companies would be “pursued through international legal institutions and in courts . . . for taking part in human rights violations in Palestine.” He further demanded that blacklisted companies immediately close their offices, branches and headquarters located on “Palestinian land.”

So once again, the Palestinian leadership is demanding action to harm its own people, and diminish the chances of fruitful negotiations with Israel in the future.

Many European countries reacted negatively to the release of the blacklist, and, in fact, the decision to formulate and issue the blacklist was backed solely by nations belonging to the Arab League, the Organization of Islamic Cooperation and a handful of dictatorships, which dominate the 47 members of the UNHRC. Included in this human-rights-defending world body are paragons of tolerance such as Libya, Venezuela, Cuba, Somalia, Eritrea, Angola, Afghanistan, Sudan and Pakistan.

Former UN Ambassador Nikki Haley announced American withdrawal from membership in the UNHRC two years ago, due to its obsessive pursuit of Israel: Since its inception, the only standing UNHRC agenda item at each of its three sessions per year is the notorious Item (7), calling for a review and action related to Israel and Palestine.

True to its obsessive agenda, in 2019, UNHRC issued 18 resolutions condemning Israel. The entire rest of world’s nearly-200 nations—despite their energetic efforts at human-rights abuses—could only garner a measly seven condemnations from UNHRC.

In discussions with friends, families and colleagues, we encourage you to point out that the UN is a cesspool of anti-Semitic misbehavior. Explain that Israel, sadly, cannot expect justice in any form from the UN or its agencies, and must ignore—and vigilantly combat—the string of biased, hateful actions emanating from this morally bankrupt organization.

In addition, I hope you’ll also take a minute, while you have this material front and center, to visit FLAME’s lively new Facebook page and review the P.S. immediately below. It describes FLAME’s new hasbarah campaign—outspokenly questioning the validity and wisdom of the so-called two-state solution that seems so dear to the hearts of the EU. Perhaps the Trump proposal can offer something that is more valid and wise.