FLAME
X
Put text, tables or any other HTML contents here, as you would put in any other HTML page. ..... and more.
Skip to content
Home » New opportunity opens for the Palestinians: Will they seize peace and prosperity . . . or let it slip away again?
The coming Palestinian election catastrophe: How can the U.S. and our allies prevent it?Jacques Gautreaux2021-01-25T11:12:53-07:00 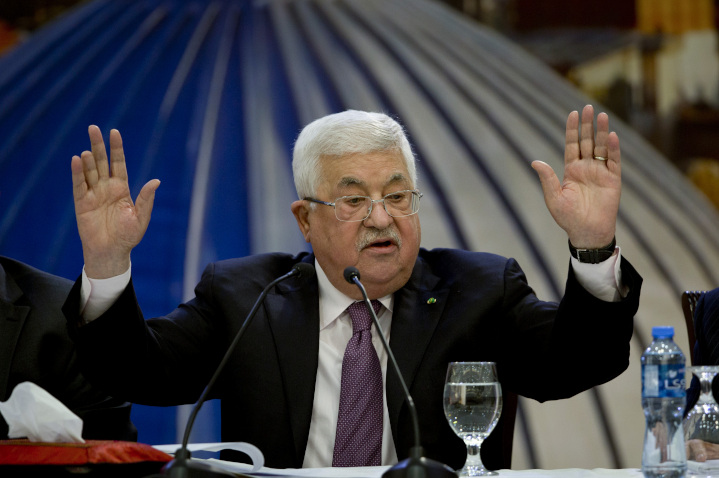 Palestinian President Mahmoud Abbas, who was elected to a 4-year term in 2005, has finally called for new elections. However, if the Iran proxy terrorist group Hamas wins these elections, the result could lead to a violent catastrophe for the Palestinian people, the U.S. and Israel.

The coming Palestinian election catastrophe: How can the U.S. and our allies prevent it?

After four years of not getting their way under the Trump Administration, the Palestinian Authority (PA) is very keen on a “reset” in relations with the U.S. under President Joe Biden. Palestinian leaders have attempted to reach out and make what they see as concessions in order to present themselves in the best possible light to the new Administration.

One of these steps is the surprise calling of parliamentary and presidential elections by PA President Mahmoud Abbas, who himself is now over 16 years into a four-year tenure. Abbas claims the parliamentary election will be held on May 22 and the presidential vote on July 31. He last won election to the presidency in 2005, but his term was only meant to last four years.

Unfortunately, Abbas’ sudden-seeming swerve to democracy has the potential to cause the simmering geopolitical stew in the region to rapidly boil out of control—precipitating violent upheaval, increased repression of the Palestinian people and open war between Israel and the terrorist group Hamas.

In the years since 2005, the U.S. and European nations—and Palestinians themselves—have called for elections, yet none were forthcoming. Many Palestinians do not believe they will take place this time either, and even if they do, they will be unquestionably corrupt and could well descend into another bout of violence and harsher oppression by their rulers.

A December poll by the Palestinian Center for Policy and Survey Research found 52 percent of Palestinians think elections held under present conditions would not be fair and free. If Hamas won, 76 percent said Fatah would not accept the result and 58 percent believed Hamas would reject a Fatah victory.

Many Palestinians know that, as previously, the elections might not even take place, and even if they do, Israel will be used as an excuse by one side or the other to hold or attain power. Israel will be rolled out as a common enemy while the two sides are once again embroiled in a vicious and bloody battle for power, control and money. Israel remains the scapegoat for all who uncritically support the Palestinians, as a way to distract and deflect from their lawlessness and violent tactics.

Following the last elections in 2005, in the ensuing power struggle—largely between Fatah, Abbas’ party, and Hamas, the Islamist terrorist organization—dozens of Palestinians were murdered. It was estimated that at least 118 people were killed and more than 550 wounded during the fighting, largely in Gaza. Both sides were accused violations of international humanitarian law, including the targeting and killing of civilians, public executions of political opponents and captives, throwing prisoners off high-rise apartment buildings, fighting in hospitals, and shooting from a jeep marked with “TV” insignias.

As a result of the violence, Hamas rules Gaza with an iron fist, and Fatah’s PA ruthlessly controls Arab areas in Judea and Samaria (the West Bank). The dictators have attempted reconciliation frequently, but have always concluded with mutual recriminations, and the enclaves remain bitterly divided. Fatah has frequently withdrawn funding for the Gazan population, and on occasion even encouraged Israel to take harsh action against their brothers in the coastal strip.

Hamas for its part is considered a terrorist organization by many nations around the world, including in the U.S., Canada, Egypt, the UK and the European Union. The organization’s charter advocates the genocidal murder of Jews everywhere in the world and enforces its medieval brand of Islam on everyone under its control, including its small but persecuted Christian minority.

Hamas has constantly and consistently placed its blood-thirsty desire to attack Israel and murder Jews above the needs of the population. It has created underground tunnel networks under Gaza that shield its leaders from attacks, while using its own public as human shields against Israel’s defensive actions.

If Hamas were to win the election, it would be a disaster for both Israelis and Palestinians—ensuring a dramatic increase in the bloody cycle of violence emanating from Judea and Samaria. Hamas would control a seat of government on land overlooking the coastal plain—where over 80% of the Israeli population lives. Their armaments would be aimed within spitting distance of Israel’s capital, airport, sea ports and major financial and industrial centers.

In short, allowing Hamas to rule in Judea and Samaria would mean that even the most rudimentary weapons could close down the Jewish state to the outside world and cripple it financially.

What’s more, Hamas is an Iranian proxy. Permitting it to compete in elections is fundamentially anti-democratic and a recipe for disaster for both peoples. If Hamas is allowed a foothold in Judea and Samaria to Israel’s west, Iran will have completed its encirclement—which already has Hizbollah in the north, Iranian-controlled proxies in Syria and Hamas in Gaza to the south. This would mean constant attacks and an existential threat to the Jewish state.

Israel simply cannot afford for this to happen—nor should the United States or Palestinians in the West Bank. No nation on earth would allow an avowedly non-democratic genocidal terrorist enemy to compete in elections. The international community, led by the U.S. should send a clear message that Hamas should not be involved in the elections—nor anyone affiliated with it—until it has met the Quartet’s “Three Conditions,” endorsed by United Nations Security Council Resolution 1850 from 2006.

The three prerequisite principles as outlined by the Quartet are as follows:

• A Palestinian state must recognize the State of Israel without prejudging what various grievances or claims are appropriate,

• Abide by previous diplomatic agreements, and

• Renounce violence as a means of achieving goals.

I hope you will point out to friends, family, colleagues and your elected representatives that while free, fair and peaceful democratic elections are always to be welcomed, the elections Abbas has proposed will be anything but. In fact, we’re very likely at this time to see a terrorist organization take control of the Palestinian territories that would threaten Israel’s existence.

The international community should not be caught unaware again—as it was in 2005—and fall for this farce. At the end of the day, those who will lose the most are the people of the region, both Israelis and Palestinians who aspire to live in peace and freedom.