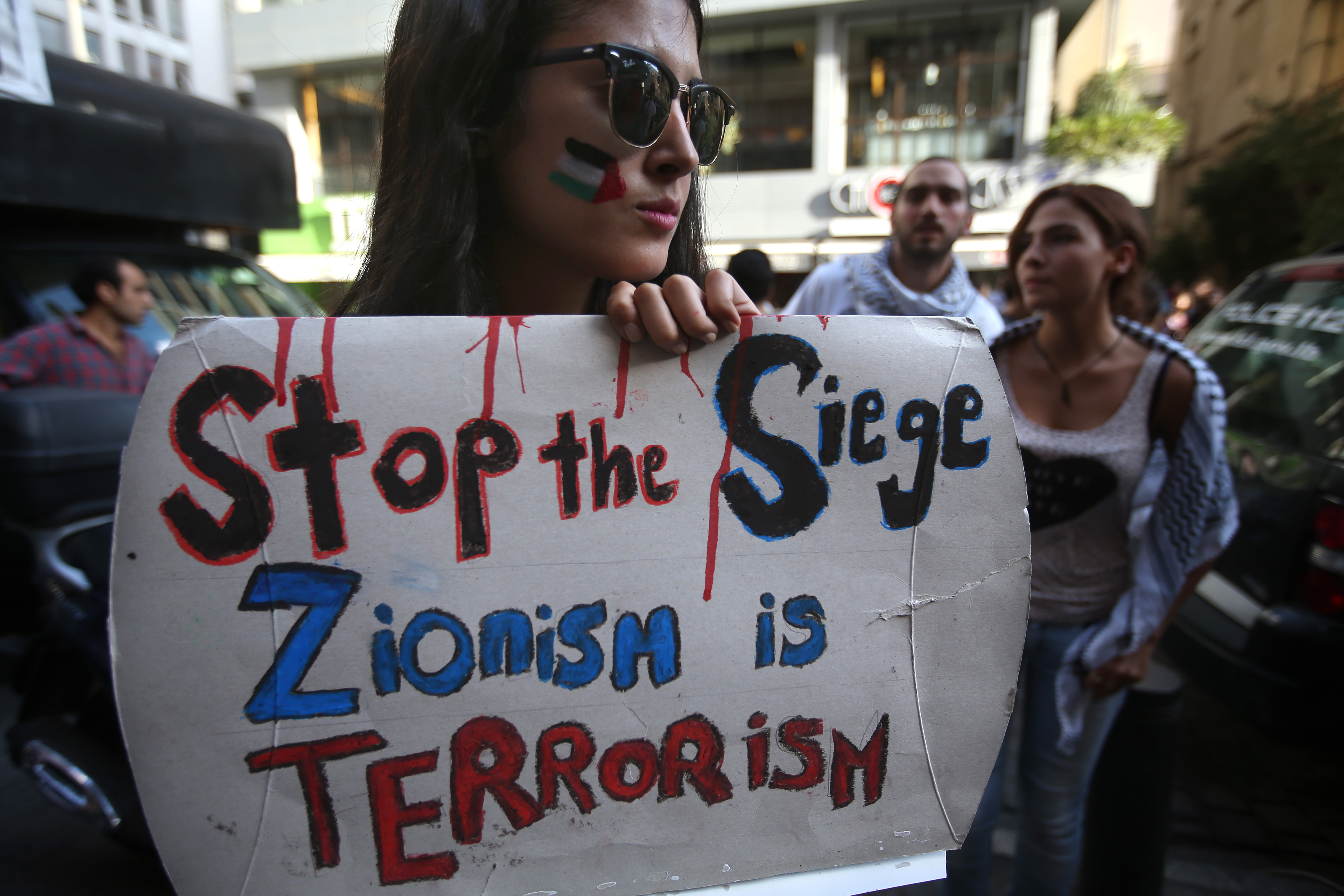 Efforts to demonize Zionism or Israel are some of the more common forms of anti-Semitic racism, found on both the radical left and radical right.

Those engaged in Jewish life have naturally tried to make sense of the Tree of Life synagogue massacre. Many have attempted to explain the brutal act in terms of partisan politics, especially blaming the President, whose daughter, son-in-law and grandchildren are Jewish. Others blame it on the excesses of social media.

But ultimately, we must ask ourselves: How different was the accused synagogue murderer from Russian pogromists attacking Jewish stetls in the 19th century, Nazis of the Third Reich slaughtering six million in the 20th, or Muslim terrorists murdering Jews in a Parisian kosher butcher shop in the 21st?

And they all had their reasons: “They’re responsible for all the immigrants.” “They control the economy.” “They use the blood of gentile children to make Passover matzah.”

In every case, their reasons were lies—hateful falsehoods, slanders and myths. It’s called anti-Semitism. It’s the desire to annihilate a people because of race or ethnicity. And that’s called racism.

Today we still have the obvious anti-Semites who burst into a synagogue in Pittsburgh or into a Israeli family’s home and murder as many Jews as possible.

But today we also have the more genteel anti-Semites, like Louis Farrakhan, who merely refer to Jews as “termites.” Or those who disrupt college-campus gatherings of Jews holding a Holocaust memorial. Or those who demand that Israel be treated as an international pariah because it has established a Jewish state in its ancient homeland.

Yes, the anti-Semites always have a reason for their hate.

Please pass this brief, but powerful piece to friends, family and fellow congregants to help them understand the raw, hateful nature of anti-Semitism and how it disguises itself behind “polite” criticism of Israeli “apartheid” or “colonialism” in parlor conversations . . . and now even by several Democratic Party candidates.

The Many Faces of Jew-Hatred

Anti-Semitism is a politics of misdirected blame. Today its most frequent target is the state of Israel.

In the wake of the shooting in Pittsburgh, a volley of voices called for more of this or that—armed guards or gun control, barring the doors of synagogues, policing of fringe web platforms or resources for mental health. While President Trump denounced the shooting as “an evil anti-Semitic attack” and visited the grieving community, a sector of the media blamed the president for the incident, as it does for everything else. It was politics as usual.

But instead of prompting a serious inquiry into the ideology that fuels the murder of Jews, the atrocity seems to be reinforcing a misconception that can only worsen the problem. Anti-Semitism is not synonymous with Hitlerism—the only form of anti-Semitism that has gone down in military defeat. Anti-Semitism is a politics of misdirected blame, and Americans must be sure to avoid its trap.

The shooter is being cast as a neo-Nazi threat. Under the caption “A Day of Broken Glass,” a cartoon in the Pittsburgh Current shows broken windows on the Tree of Life synagogue, linking this attack to Germany’s Kristallnacht of Nov. 9, 1938, which signaled Nazism’s open season on the Jews of Europe. Israel’s Education Minister Naftali Bennett made the same association in conveying Israel’s sympathy to Pittsburgh community.

What could be worse than the specter of Nazism here in America? In fact, it is politically comforting to cast Robert Bowers in this light. Unlike in Germany, where the attacks on Jews were launched by the Führer, our head of government ordered the full press of law enforcement to prosecute the sole gunman. Unlike in Germany, where the SS directed and fomented the attacks on Jews, here four policemen were shot trying to save the Jews. Moreover, the American people are united in horror at this atrocity. If Mr. Bowers represents anti-Semitism, the response to his attack tells us we have relatively little to fear.

Mr. Bowers’s shooting—complete with his scream that “all Jews must die”—conveniently fits the stereotype of “evil” that Americans and the Jews among them constructed in the wake of the Holocaust. It seems to ratify our fantasy of the enemy as Darth Vader—blackhearted, ostentatiously murderous and cruel.

The country that lost more than 400,000 servicemen fighting Hitler is not likely to support attacks on synagogues full of Jews. But anti-Jewish politics in America is now bolder than in the 1930s. Never coterminous with Nazism, anti-Semitism becomes truly dangerous to a society only when espoused by its leaders and politicians. Today, the political forces of anti-Semitism most often target Jews through their state.

It was eerie to hear the prime minister of Israel and members of its government, who routinely respond to Pittsburgh-like attacks on Israeli citizens, consoling American Jews for their losses. Jews in Israel are threatened daily by Hamas and Hezbollah on two of their borders and by Palestinian Arabs taught and paid to do so by their leaders and coreligionists. Stabbing, blowing up or throwing rocks at Jews is the sport of youngsters raised to hate Jews, and destroying Jewish property with burning projectiles was this summer’s chief entertainment of boys in Gaza—from which Israel extracted every last Jew in 2005.

This Jew-hatred dates from the year Germany surrendered in World War II, when anti-Semitism became the dominant ideology of the Arab and Muslim Middle East. Just as Europeans organized politics against the Jewish “usurper” among them, the Arab League sought to expel the Jewish people—their fellow Semites. And just as European anti-Semitism united left and right, revolutionaries and traditionalists, internationalists and nationalists, populists and elites, so too anti-Zionism unified otherwise adversarial Arab and Muslim countries.

Assailing Israel deflected blame for domestic flaws in Arab societies. It still does. It redirects grievances against the Jews, inspiring national and religious fervor through opposition to a common enemy. The Jews, a small minority whose power is hugely inflated, are a perennial target, though they have no incentive for counteraggression and every reason to seek acceptance in their usual position among much larger surrounding nations. The typical reaction of the Jews of Pittsburgh was not to call for the death penalty but to reveal that Jewish doctors had treated the shooter. The Jews of Israel imprison but do not execute those who slaughter their women and children. Mr. Bowers has rightly been called a coward for attacking the innocent; so are those who attack Israel.

The most discouraging feature of the anti-Israel brand of anti-Semitism is its penetration of Western societies, including the U.S. That a single shooter wants to kill the Jews is less dangerous to this country than Louis Farrakhan’s smiling designation of Jews as “termites,” broadcast to a vast audience, or the vicious movement to boycott Israel-an extension of the Arab boycott launched in 1945. The incursion of fanatical anti-Israel politics into the American campus and the Democratic Party is a threat not to the Jews alone but to what they represent in liberal democracy.

Even as we try to comfort the mourners and suggest better security measures, we must stop the scourge before a full-fledged anti-Semitic politics emerges in America under the unifying banner of “intersectionality.” Anti-Semitism is the only ideology that can unite the far left and far right. Its success would signify America’s failure.