FLAME
X
Put text, tables or any other HTML contents here, as you would put in any other HTML page. ..... and more.
Skip to content
Home » Despite vicious attacks on Israel by the media, the U.N. and Islamists, we continue to win!
Passover in the Time of Corona Strengthens the Jewish People and the Jewish StateJacques Gautreaux2020-04-13T09:55:34-07:00 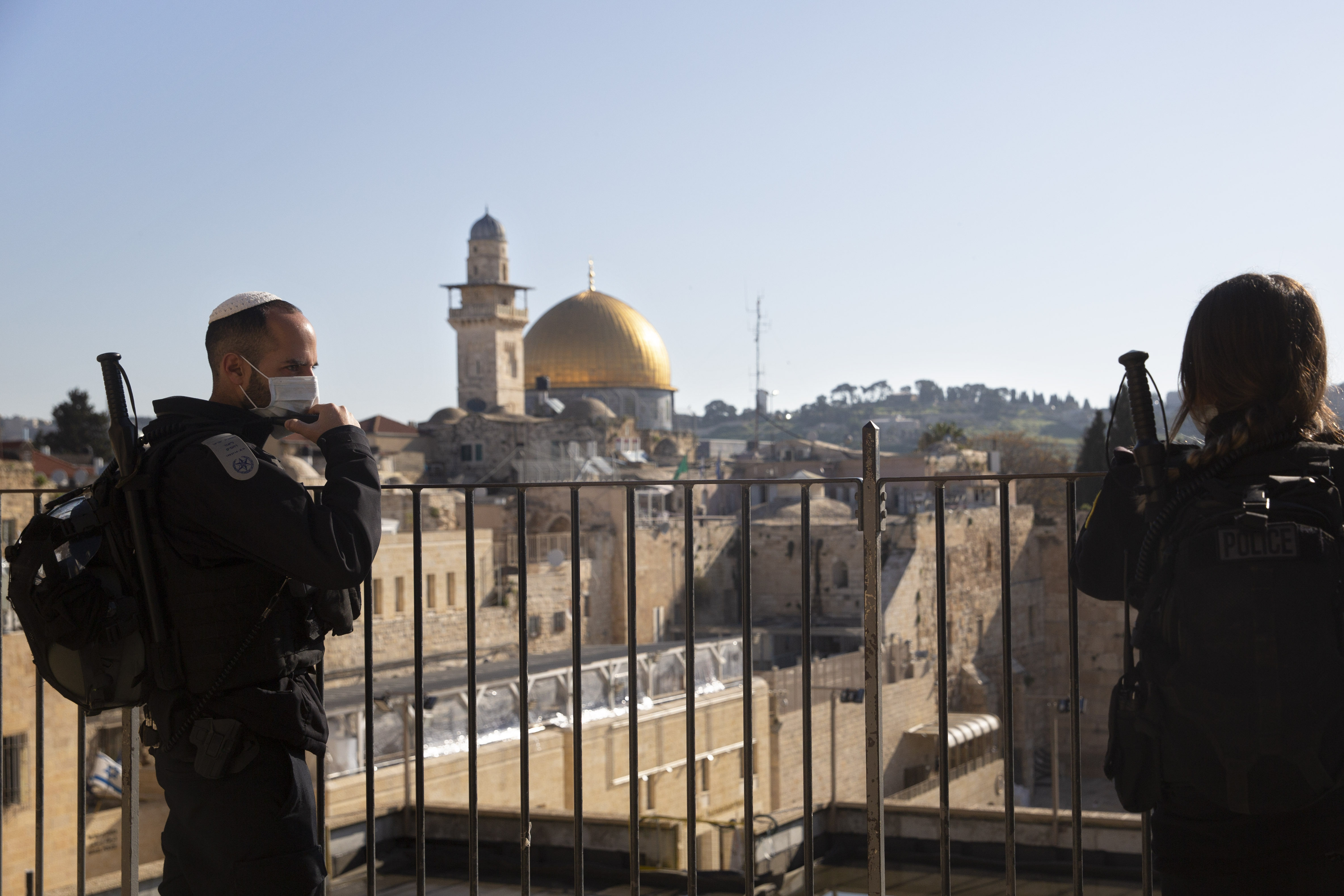 Israeli police enforce a nationwide lockdown on Passover to suppress spread of the coronavirus. Despite Israelis’ high compliance with the nation’s strict restrictions, police issued more than 2,000 fine citations to violators over the holiday.

My first Pesach in Israel was one both of disappointment and profound revelation. This conflicting combination, especially in the throes of the corona crisis, served to underscore the strength of the Jewish people . . . and that of the world’s only Jewish state.

The coronavirus dampened the traditional excitement around Passover in Israel for everyone here, because each household was for the first time forced by government order to celebrate on its own. Zero visitors —no grandma and grandpa, aunts, uncles, cousins or good friends—were allowed to attend Seders outside their own homes.

Think of Thanksgiving dinner with no guests. Bizarre. The sense of isolation here was palpable, for literally us and everyone we spoke to, as well as on local social media.

Remember, too, that Israelis have for the last two weeks been restricted to staying within 100 meters from our homes—except for grocery shopping—under penalty of stiff fines, which are being aggressively dispensed.

On the other hand, my moving Passover revelation was borne of the opportunity to see Jewish Israelis pull together in inspiring solidarity . . . with our people, our story and our nation.

As Jews worldwide during the Seder dinner told the story of our tribulations in Egypt and our long Exodus to freedom in the Promised Land, so, too, did this story remind us dramatically of the trial that Covid-19 is forcing on us today.

While the coronavirus certainly causes people all over the world to feel isolated and threatened, the Jewish people—and particularly the Jews of Israel—are no strangers to segregation and life-threatening crisis.

Facing bigotry, persecution and forced isolation has been a way of life for Jews for thousands of years. But the ability of the Jewish people to retain a powerful sense of community and to forebear and survive countless historical challenges has indisputably made us stronger.

Even today Israel is inherently isolated, first because it is surrounded by 220 million Arab-Muslims who generally oppose its very existence and who have many times tried forcefully to destroy it and murder its people.

However, fortunately, Israel is also the only democracy in the Middle East, and has become by far the region’s most developed—and strongest—nation.

That national strength was evident to me as a newcomer to the Passover-in-Israel experience—but not the kind of strength that comes from military armaments. In fact, there are few weapons to be seen borne by young soldiers on Israel’s streets anymore, as there were when we visited 30 years ago.

Rather the strength we saw on the streets of Israel—at least when we arrived two months ago, before the corona crisis bloomed and isolation was imposed—was one of strong national identity and thriving nuclear families.

Coming from the United States, I was not accustomed to either of these features. Whereas millions of Israeli flags are being flown and draped over balconies in honor of Israel’s upcoming Independence Day, we can’t remember such universal patriotism displayed for decades—even on the 4th of July—in our former home in Northern California.

We were also impressed by the degree of respect exhibited by Israelis in complying with very early and strict limitations enforced on their social activities and movement, to say nothing of donning gloves and masks, especially in grocery stores.

Few Americans today, even with a much higher incidence of Covid-19-related infection and death, are being so strictly limited or seem so cooperative with their restrictions.

Israel is also made powerful by its demonstrated commitment to the nuclear family and to filling its nation with healthy children. Indeed, Jewish Israel’s birthrate of 2.1 children per family puts it ahead of almost all industrialized nations.

Above all, the Jewish people of Israel embody a commitment to nationhood unequaled in most other countries. Certainly, today’s bitter divisions in American society make the notion of universal (or even majority) love of country in the U.S seem quaintly old-fashioned.

Even the distinct ethnic groups of Europe, while officially “unified” by the European Union, have over the past 27 years lost much of their sense of individual nationhood—and there’s virtually no sense of passionate loyalty on the part of its citizens to the EU.

Ironically, the Covid-19 attack has actually served to reinforce national boundaries and sensibilities the world over. Like Israel, virtually every nation has had to respond to the corona virus on its own—closing off its borders and marshalling financial and healthcare resources to fight the plague independently of its neighbors.

Indeed, the responses of the U.K., Germany, France, Switzerland and the other EU countries to the coronavirus have almost exclusively been national, not communal.

While the devastation of Covid-19 will surely rock the world’s economy and transform political relationships, it may bring the benefit—as it seems to have in Israel—of inspiring people to greater appreciation, dedication and even love for their own countries.

Many on the left may be distressed by this corona-inspired trend toward nationalism. But in fact, national political formations based on tribal, cultural, ethnic and religious affinities have proven as useful throughout modern history as they are today in fighting a global pandemic.

Israel’s response to adversity over the last 72 years—as well as its rapid, resolute actions in the face of Covid-19—certainly affirm thse efficacy of the Jewish formula of strong cultural, ethnic and religious national identities.

I urge you, in conversations with friends, family and colleagues, to point out the supreme value of national values—especially those of the Jewish state of Israel—in these trying times. Until a cure for the corona virus is found, our survival will depend on our ability to pull together as a nation—to make wise decisions for the common, national good . . . and to cooperate with each other to implement them.