FLAME
X
Put text, tables or any other HTML contents here, as you would put in any other HTML page. ..... and more.
Skip to content
Home » Despite vicious attacks on Israel by the media, the U.N. and Islamists, we continue to win!
Palestinians Issue a “Cry for Help”—Why Won’t Concerned Politicians and Nations Step Up?Jacques Gautreaux2020-06-08T12:02:55-07:00 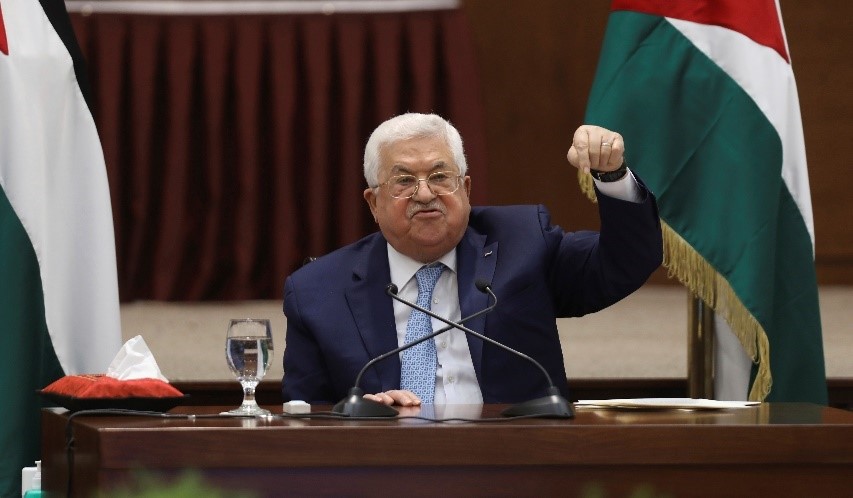 Mahmoud Abbas, 85-year-old Palestinian president, declared an end to all agreements with Israel, including security cooperation and Israel’s forwarding of $600 million in taxes collected on behalf of the Palestinian Authority, both of which pose existential threats to the PA.

Palestinians Issue a “Cry for Help”—Why Won’t Concerned Politicians and Nations Step Up?

We all know the fable of the foolish child who threatens that if he doesn’t get what he wants, he will hold his breath until he dies.

This is the level of desperation—and immaturity—to which the Palestinian Authority (PA) has sunk (not for the first time).

Once again, 85-year-old Palestinian President Mahmoud Abbas—now in his 16th year of a five-year term—has refused to accept a transfer of tax revenues collected by Israel on the PA’s behalf.

In addition, Abbas has announced a cessation of all agreements with Israel, most notably cooperation between the Palestinian and Israeli security forces in Palestinian-controlled regions of Judea-Samaria (aka the West Bank).

Both these measures are essentially suicide threats—or as psychologists would term them, “cries for help.” The question is, who can help . . . how . . . and how quickly?

Financially, the Palestinian economy has been in shambles for years. Its internal commercial engines fall far short in generating tax revenues to support the society. Despite billions in international aid over the decades, the PA has failed to apply these funds effectively to develop sustainable industries.

In 2018, the U.S. also ceased funding of $100 million for the corrupt U.N. Relief and Works Administration—dedicated exclusively to supporting the myth that millions of descendants of Palestinian Arab refugees from Israel’s 1948 War of Independence will someday “return” to the homes of their forefathers.

Later in 2018, the U.S. slashed another approximately $300 million in aid packages to the PA tied to its funding for terrorists (“pay for slay”) and its generally belligerent behavior toward the current administration.

In addition, in 2019 Israel’s parliament also passed a law to withhold some $140 million annually from the Palestinians as punishment for rewarding terrorism against Israeli citizens. Nonetheless, the PA has refused to cease these payments to its “heroes” and “martyrs.”

The Palestinian government currently runs a deficit of about $1 billion a year. GDP and per-capita income are falling. About one in three Palestinians in the labor market is unemployed—in Gaza unemployment is estimated at 50%. The PA frequently cannot pay government employees or its electricity bill to Israel.

Now, as part of the Palestinian Authority’s fit of pique at Israel’s discussions to extend its legal sovereignty into parts of Judea-Samaria, the PA asserts it is “absolved of all understandings and agreements with Israel.” One of those agreements is Israel’s collection of taxes from Palestinian exports, which total about $600 million a year—some 60% of the Palestinian budget.

If the PA sticks to its resolve, the resulting shortfall could effectively shut the doors of the organization, making it insolvent — unable to fund operations.

We should note that the PA has made such threats in the past and reneged some months later when its financial position became impossible.

In addition, the PA is entirely dependent on security cooperation with Israel to prevent the takeover of its government by Hamas—the Islamist terror group that rules about two million Palestinians in Gaza—and to assist in keeping law and order generally in Judea-Samaria.

No surprise that Palestinian government officials have already indicated that despite Abbas’ claims, security coordination between the PA and Israel would continue.

Nonetheless, it’s clear that the viability of Palestinian society is diminishing by the month. In addition to reductions in cash flow from the U.S. and Israel, Arab nations are increasingly impatient with Palestinian recalcitrance and have reduced their donations and political support. Norway just announced it is cutting funding for Palestinian textbooks because they promote terrorism and hate.

The nagging question is, why is no one trying to help the Palestinian Arabs snap out of their downward spiral? Why are concerned nations, politicians and pundits so quiet on Palestinians’ refusal to act in their own best interests?

The E.U. and dozens of European NGOs continue to pour millions of dollars into building illegal Palestinian settlements in Judea-Samaria in an attempt to create “facts on the ground”—a futile opposition to expanding Jewish communities in their indigenous territories.

American and European politicians continue to issue wild predictions and stern condemnations at the new Israeli government’s intention to extend sovereignty to parts of Judea-Samaria, where some 400,000 Israelis live as the majority population in their ancient homeland.

Yet, if the Palestinians had accepted peace, a state and true economic development assistance, Israel would not have the option of expanding into the land granted it in 1920 at the San Remo Conference and ratified by the League of Nations and the United Nations. This territory would long ago have been ceded to the Palestinians in a peace deal.

But despite at least five offers of land for peace —independence, a state, a capital in Jerusalem—the Palestinian Authority has refused them all.

Now as the Palestinian Arabs continue sinking deeper into economic, political and social desperation—due entirely to their refusal to negotiate—they are “crying for help.” Yet none of these concerned nations, politicians or NGOs seems dedicated to urging the Palestinians to the negotiating table.

Since Palestinians’ stubbornness has proven to be the perpetual obstacle to peace between them and Israel, those who claim to care about the future of the Middle East and the plight of Palestinian people would be more effective if they were to focus on this strategic linchpin.

I hope as you discuss the prospects for peace in the Middle East, you’ll point out—to friends, family, colleagues and in letters to the editor—that politicians, nations and organizations truly concerned about the plight of the Palestinians should urgently focus on persuading the Palestinian Authority to seize peace . . . before it’s too late.

History is moving on, and as we have seen, further procrastination in seeking peace will only diminish the rewards to the Palestinian people.