FLAME
X
Put text, tables or any other HTML contents here, as you would put in any other HTML page. ..... and more.
Skip to content
Home » New opportunity opens for the Palestinians: Will they seize peace and prosperity . . . or let it slip away again?
New challenges for Israel supporters as the Biden team takes power.Jacques Gautreaux2020-11-09T10:35:07-07:00 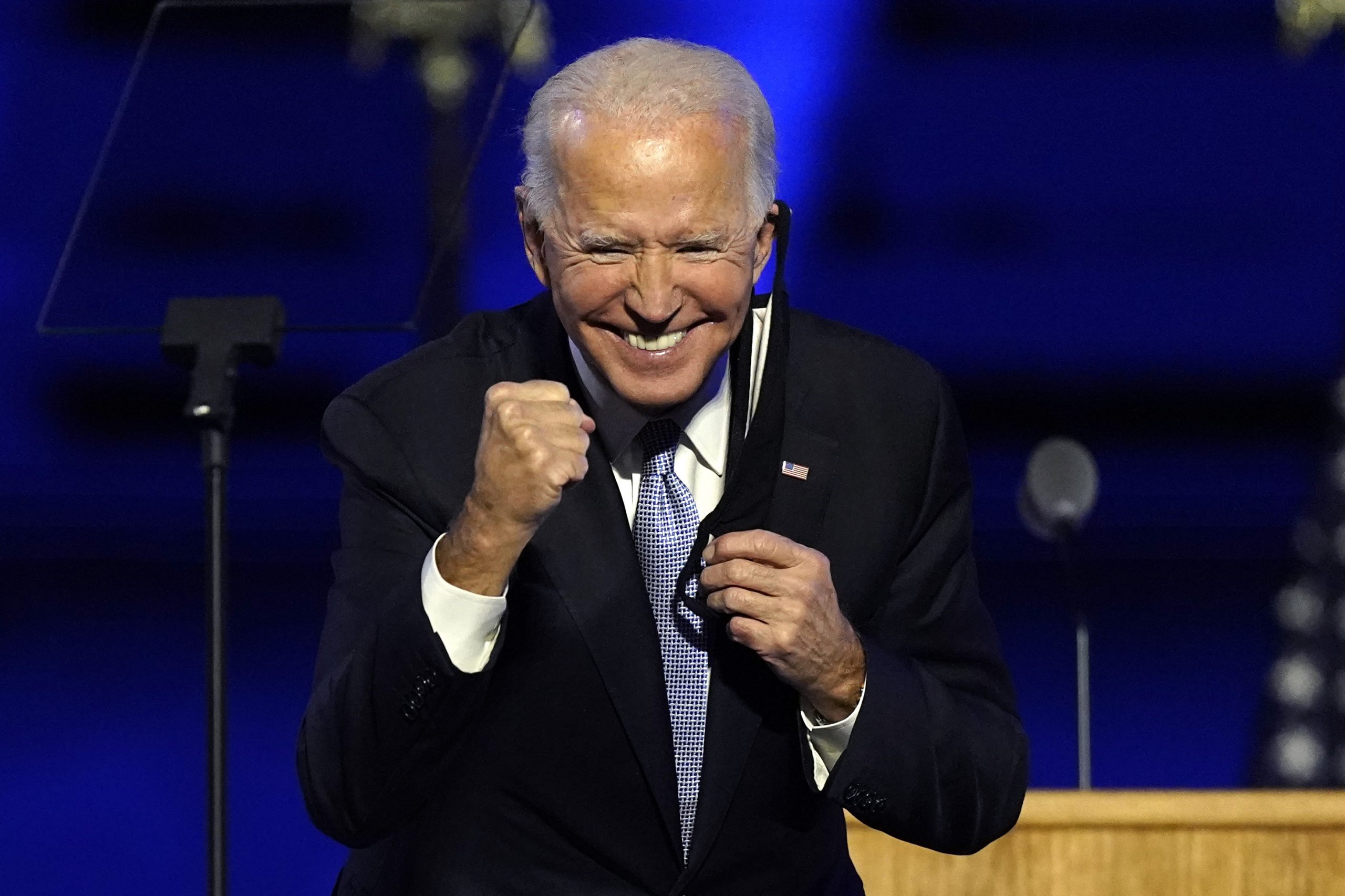 While the Biden Presidency will mean significant shifts in U.S. policy toward Israel—and seruiys new challenges for Israel supporters—the new administration should not pose a critical threat to the Jewish state.

Now that Joe Biden has been declared the 46th President of the United States of America, it will pay Israel advocates to review the President-elect’s record, activities and statements on Israel. As with any President, our task is to praise positive actions and when possible reverse negative ones—without respect to party affiliation.

The two had a long and intense conversation, focusing on Israel’s security issues on the eve of the Yom Kippur War. Biden would relate many aspects of the conversation he held with Meir and has described it as “one of the most consequential meetings I’ve ever had.”

This meeting, and countless others he has held with senior Israeli officials, have ensured that Biden sees himself a friend and ally of Israel, though a firm critic of some of its policies, particularly on the issue of settlements and the Palestinians.

During 1982, in a Senate hearing Biden implicitly threatened cutting financial aid to the Jewish state if it continues to build Israeli communities in Judea and Samaria. Prime Minister Menachem Begin forcefully replied to Biden by declaring: “Don’t threaten us with cutting off your aid. It will not work. I am not a Jew with trembling knees. I am a proud Jew with 3,700 years of civilized history. Nobody came to our aid when we were dying in the gas chambers and ovens. Nobody came to our aid when we were striving to create our country. We paid for it. We fought for it. We died for it. We will stand by our principles. We will defend them. And, when necessary, we will die for them again, with or without your aid.” It was said that Biden was so impressed with Begin’s reaction that he never questioned aid to Israel again.

In fact, on security issues, Biden has always known very well Israel’s contribution to American defense and Western interests. In June 1986, Biden delivered an impassioned speech to the US Senate, when he declared: “It’s about time we stop apologizing for our support for Israel. It is the best $3 billion investment we make. If there weren’t an Israel, the United States of America would have to invent an Israel to protect her interests in the region.” This was during the debate surrounding whether the U.S. should approve $3 billion in annual military assistance. The package was eventually approved with Senator Biden’s full-throated support.

As President Barack Obama’s Vice President 2009-2017, because of his good relations with Israel, Joe Biden was often dispatched to the Jewish state to relate the administration’s policies and expectations. On a famous visit in 2010, Israel announced the building of 1,600 new homes in Jerusalem over the Green Line. In just the first of a string of harsh reactions from the Obama Administration, Biden pointedly arrived 90 minutes late to his scheduled dinner with Israeli Prime Minister Benjamin Netanyahu and he sharply rebuked the Israeli step. There were further strong rebukes, particularly from Secretary of State Hilary Clinton, which eventually led to an embarrassed Israeli apology.

It is clear from his remarks during the campaign that Biden will reverse some of the steps taken during the Trump Administration, like reopening the US Consulate in East Jerusalem and the Palestine Liberation Organization’s mission in Washington, which had been closed. He will probably also restart U.S. funding to UNRWA and the Palestinian Authority.

However, he will almost certainly not rescind American recognition of the Golan Heights or Jerusalem’s status as the capital of Israel, including the moving of the US Embassy to the city. Biden had voted for moving the embassy to Israel’s capital when the Jerusalem Embassy Act was passed in 1995.

Biden is expected to shift expectations on the peace process back toward Israel. During the Obama, Bush and Clinton administrations, Israel was the party on whose onus progress was expected and concessions made. The Trump Administration changed that by putting a deal on the table, with a map for the first time, while not pandering to the Palestinians. It is expected that Biden will rebalance and reach out to the Palestinians, offering them incentives to return to the table, possibly by demanding Israeli concessions.

Nevertheless, possibly Biden’s worst sin of the past was one of omission. During the infamous passage of United Nations Security Council Resolution 2334, which severely censured Israel at the tail-end of the Obama second term, Biden’s voice was not heard publicly. The U.S., in an almost unprecedented move, did not use its veto of an anti-Israel resolution, and Vice President Biden was part of an administration that made this decision, whose effects are still felt today.

In the region, the biggest worry for Israel is that a Biden Administration will seek to rejoin The Joint Comprehensive Plan of Action—the Iran Nuclear Deal—which is seen in Israel as providing a green light for Iran to move forward toward nuclear weapons capability.

While Biden expressed support for the Abraham Accords, many Sunni states in the Gulf had tumultuous relationships with the Obama Administration. The normalization process might be stalled if the Biden presidency returns to the inside-out strategy of crafting a deal with the Palestinians before moving toward more peace agreements between Israel and Arab nations.

Biden’s Vice President, Kamala Harris, is also seen as a firm supporter of Israel, and some see her as even more friendly toward Israel. The first resolution she co-sponsored as a senator was one effectively chastising the Obama-Biden administration’s decision to abstain on a UN Security Council resolution in December 2016 condemning Israeli communities in Judea and Samaria. She is married to a Jew and has spoken often of her affection for Israel, including at AIPAC. Notwithstanding, Harris joined other Democratic Presidential candidates in effectively boycotting AIPAC’s annual policy conference earlier this year, while Biden spoke by remote video. She gave no excuse.

That public U-turn by Harris was a result of pressure from the far-Left in the Democratic Party. Much of the Biden Administration’s policies toward Israel might be affected by appeasing this wing of the party, which appears to be growing in influence, and is vehemently anti-Israel.

A further indication of this influence will be the identity and ideology of those who will fill key positions in the administration that affect Israel, including the next Secretary of State. Many fear that could be Susan Rice, former permanent U.S. Representative to the U.N. and National Security Advisor during the Obama Administration. Though Rice often defended Israel in the U.N., she was instrumental in engineering the Iran Deal and was seen as combative with Israeli Prime Minister Netanyahu .

Both Biden and Harris have strong records of support for Israel but are also not afraid to criticize the Israeli government—especially Netanyahu—or policies they see as not advancing their idea of a peace process. In a famous off-the-cuff comment in 2014 at a Jewish Federations event, Biden told Ambassador Ron Dermer to tell his boss the following: “Bibi, I don’t agree with a damn thing you say, but I love you.” This will probably apply to the approach we are likely to see between the Israeli government and US Administration in the coming years. Lots of support, coupled with plenty of criticisms, with a healthy dose of mistrust.

It will be the duty of true Israel advocates—especially members of the Democratic Party—to keep the President and his party supportive of the Jewish state. That means isolating the pro-Boycott, Divestment and Sanctions (BDS) members in the U.S. House of Representatives—now numbering six—and speaking up loudly on the Israel issues as they arise. Recent research shows that the Democrats saw significant erosion in support among Jews during this election, likely because of softening Democrat support of Israel. If the party hopes to retain its dominance among Jewish voters—and make gains among Evangelicals—it will do well to hold fast to its traditional non-partisan support of Israel.