FLAME
X
Put text, tables or any other HTML contents here, as you would put in any other HTML page. ..... and more.
Skip to content
Home » New opportunity opens for the Palestinians: Will they seize peace and prosperity . . . or let it slip away again?
Jewish refugees from Arab countries deserve recognition and redress nowJacques Gautreaux2020-11-23T11:09:42-07:00 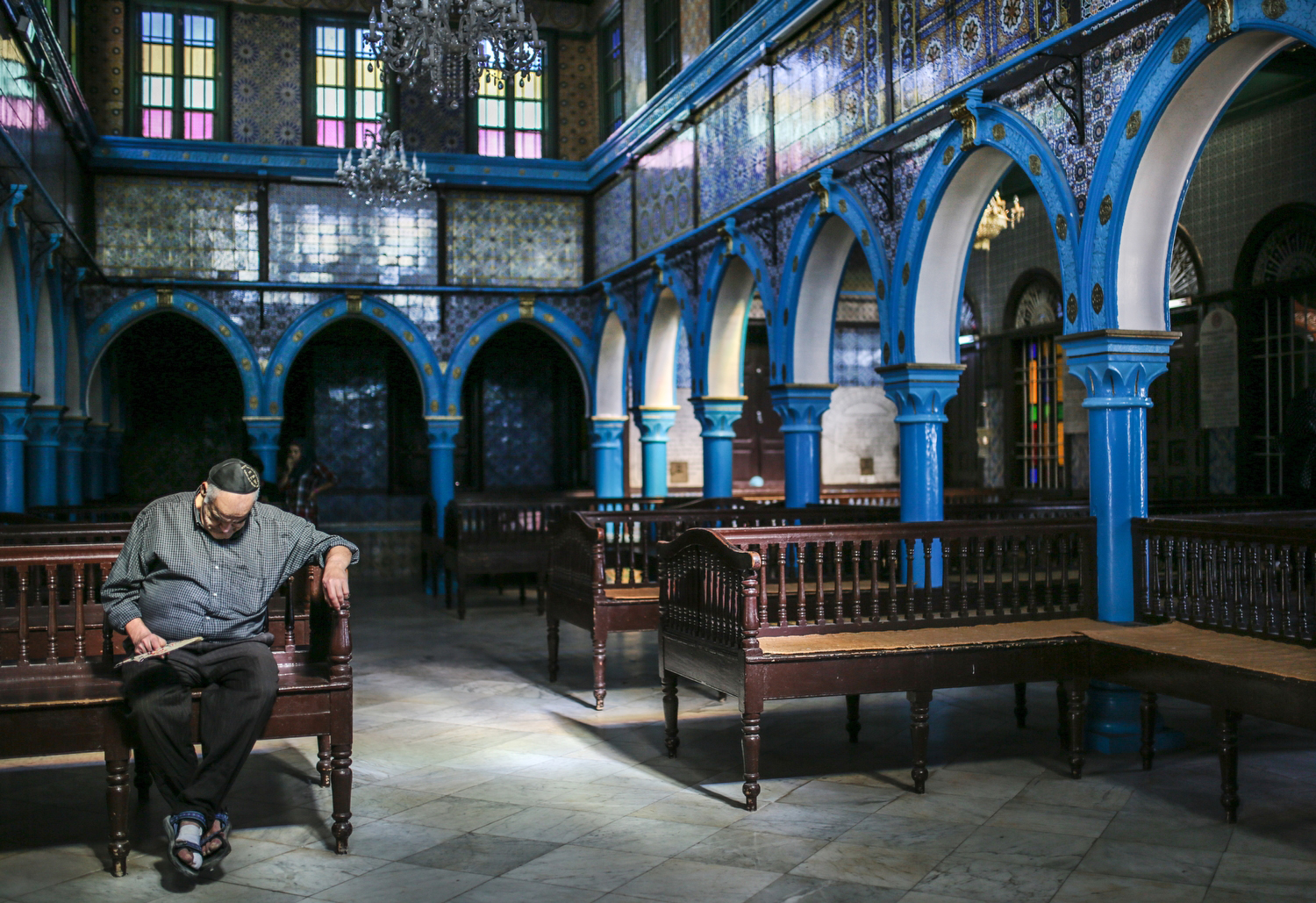 A Jewish man prays in a synagogue on the island of Djerba in Tunisia—one of a handful of Jews remaining in the Arab world after 800,000 were forcibly exiled or fled after their citizenship was revoked by the Arab League in 1946. No aid, compensation or other redress has ever been granted these refugees.

When will Jewish refugees from Arab nations get the justice they deserve?

When the mainstream media and United Nations refer to refugees in the context of the Israel-Palestinian conflict, they’re usually referring only to the so-called Palestinian refugees.

While much can be said about the Palestinian refugees and their controversially unique and privileged status globally, the media and international organizations rarely address hundreds of thousands of Jews who were forcibly exiled from their homes and communities in the Middle East and North Africa during the mid-20th century.

While many, if not most, Palestinian refugees had only arrived in their new homes in the Holy Land during the previous century, Jews had been living in places like Iraq for over 2,500 years. In fact, the Jewish presence in the wider Middle East predates the rise of Islam—as well as the Arab conquest, occupation and colonization of the region—by over 1,000 years.

In the early part of the 20th century, some 850,000 Jews lived in what is today known as the “Arab World.” However, today there are no more than a few thousand Jews left in that region—meaning this was one of the most successful ethnic-cleansing events in modern history.

In 2014, the Israeli Knesset passed a law mandating that November 30th would be the Day to Commemorate the Expulsion of Jews from the Arab Countries and Iran. The Jewish refugees from Arab countries issue remains an unresolved issue, even though international law and United Nations resolutions mandate a redress.

On two separate occasions the United Nations High Commissioner for Refugees (UNHCR) ruled that Jews fleeing from Arab countries were indeed ‘bona fide’ refugees who fall under its mandate. Many of the most pertinent and relevant resolutions on the conflict that reference refugees—including UN General Assembly Resolution 194 and UN Security Council Resolution 242—do so without defining the type of refugee. This means that such resolutions—whether referencing compensation or assistance—can and should also apply to Jewish refugees.

During that same period, the U.N. offered no specific resolutions, no support by UN agencies, nor any financial assistance from the international community to reduce the suffering of Jewish refugees from Arab countries.

Unlike Palestinian refugees, the Jews from Arab countries were not involved as combatants, Jewish leaders had not called for the destruction of the countries they lived in nor the annihilation of its inhabitants, and were not even in a theater of war. They lived as law-abiding citizens, under repressive dhimmi subjugation—a special discriminatory legal system for Jews, who had to pay special anti-Semitic taxes and endure pogroms and massacres.

Overnight, in 1946—two years prior to Israel’s declaration of independence—thanks to a decision by the Arab League, all Jews in member states were considered enemies: Their citizenships were revoked, bank accounts frozen, tens of thousands thrown out of certain professions and many imprisoned, simply because of their identity.

According to the research undertaken by an international accountancy firm, the total assets of these dispossessed Jews in today’s currency would be worth around $250 billion. The calculations took into account land, real estate in cities and villages, business value, loss of income and income potential, movable property and Jewish public and community property.

In 2009, the U.S. Congress passed a bill recognizing the plight of the Jewish refugees, noting that for any “comprehensive Middle East peace agreement to be credible and enduring, that agreement must address and resolve all outstanding issues relating to the legitimate rights of refugees, including Jews, Christians and other populations displaced from countries in the Middle East.”

The U.S. resolution encourages the President and their administrations to mention Jewish and other refugees when mentioning Palestinian refugees at international forums. This was followed by a law in the Knesset that also mandated the Israeli government to bring up the issue of the Jewish refugees whenever the issue of refugees is raised.

Most Jews in Israel are Mizrahim (literally meaning “Eastern”)—from the Middle East and North Africa. They or their descendants, were kicked out of their homes with next to nothing, and many were murdered or died during their flight.

Israel, as the national homeland of the Jewish people, took them in as they did all Jews fleeing persecution and helped them integrate and be absorbed to their new-old home, where they created new lives for themselves. This does not, however, mean their pain and suffering should be forgotten, or that redress should not be demanded.

The crux of this conflict—and the reluctance of media and international bodies to address it—has always been about recognizing the Jews as a nation who reconstituted national sovereignty in their indigenous and ancestral homeland. The attacks and ethnic cleansing of Jews in Arab countries was one of the most egregious examples of the violent rejectionism of Jewish human rights by Arab leaders.

While some measures—like the Clinton Parameters, guidelines for an end to the conflict presented by then-President Bill Clinton in 2000—did refer to an international fund for both Arab and Jewish refugees displaced by the conflict, the issue remains on the sidelines.

Ideas such as an international compensation fund, or one funded by Arab countries that expelled the Jews, or the proposal for one refugee crisis to annul the other, have all been raised at one point or another.

I hope that in conversations with friends, family, colleagues and elected officials—as well as in letters to the editor—you’ll emphasize that in order for the Israel-Arab conflict—including the Israel-Palestinian conflict—to be solved, the crime of ethnic cleansing of Jews has to be acknowledged. Then generous redress must be demanded and granted.