FLAME
X
Put text, tables or any other HTML contents here, as you would put in any other HTML page. ..... and more.
Skip to content
Home » Despite vicious attacks on Israel by the media, the U.N. and Islamists, we continue to win!
Jewish Democrats’ Commitment to Israel Faces Test in Next ElectionJacques Gautreaux2020-03-23T10:00:52-07:00 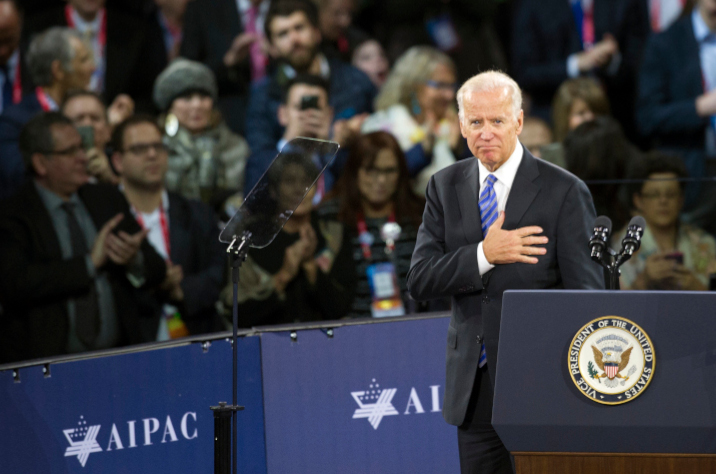 Presidential hopeful Joe Biden addressed the American Israel Public Affairs Committee (AIPAC) in March 2016 and did so again earlier this month by video conference. Aside from Michael Bloomberg (who attended in person), all other Democrat Presidential candidates refused to speak to this year’s gathering of some 18,000 pro-Israel activists.

U.S. Presidential Election Will Test the Commitment of Jewish Democrats to Israel

Last July, Israel destroyed a building illegally constructed by non-Israeli Arabs in the eastern part of Jerusalem, abutting Israel’s security barrier, which blocks terrorists from infiltrating the Jewish capital from Judea-Samaria (aka “the West Bank”).

Israel commonly destroys residences that are built illegally or are the homes of known terrorists, a practice whose legitimacy has been consistently affirmed by Israeli courts, which in fact more often rule to thwart Israel’s right-leaning ruling parties in such matters.

Nonetheless, several weeks ago, more than 60 Democrats in the U.S. House of Representatives sent a letter to U.S. Secretary of State Mike Pompeo demanding assurance that Israel is not using U.S. military equipment to demolish Palestinian homes.

This gesture was clearly meant to express disapproval of Israel’s legal measures to ensure the safety of its citizens, especially since it’s unclear whether any U.S. military equipment is being used for such law-enforcement purposes at all.

This was not the first time House Democrats chastened Israel via the State Department. Last November, 106 of them signed a message protesting the Department’s ruling that Israel’s settlements in Judea-Samaria are not illegal under international law (which they in fact are not).

These actions—and many others recently—highlight a growing trend in which Israel is losing its traditional bipartisan support, due exclusively to increasing numbers of Democrat legislators distancing themselves from or taking outwardly critical stands against the Jewish state.

This trend should be a wake-up call to Jewish Democrats who support Israel. For the last three years, these Jews have experienced severe cognitive dissonance: They’ve watched in horror, even as Donald Trump has fulfilled every major, decades-long demand of American pro-Israel advocates.

Notwithstanding, the hate many Jewish Democrats feel toward Trump—for his boorishness, illiberality, unapologetic lying, misogyny and even some of his actual policies—blind them to the fact that Trump has become Israel’s best friend. They have refused to take pleasure in Trump’s support of Israel—and in many cases cursed him for it.

As the Presidential election approaches, it seems clear that neither Sanders nor Warren will be running against Trump. While Joe Biden has a long history of sympathy toward Israel, he was also Vice President during one of the rockiest periods in the U.S.-Israel relationship in decades.

The greater question, then, is not whom pro-Israel Jewish Democrats will vote for in November. Rather, it’s what they will do today and over the next seven months to rescue their party from the impending anti-Israel takeover, led by the likes of Sanders, Warren, AOC, Tlaib and Omar.

It seems certain, for example, that this year’s Democratic convention will be the scene of fierce battles over the party’s stance on Israel in its official platform.

Despite Biden’s past support of Israel, he’s not strong (or determined) enough to beat back those on his left wing who want to declare Israel’s communities in eastern Jerusalem and in Judea-Samaria illegal, who want to cut U.S. funding to Israel—or who perhaps wish to characterize Israel’s policies toward the Palestinians as “racist” (echoing a recent Sanders trope).

One thing should be certain to every Jewish Democrat—a fact they must own—is that they are about to lose their party to powerful forces that threaten Israel’s well-being and even survival. Nobody is arguing here that you vote for Trump. That’s a complex personal choice.

No, the challenge today to Jewish Democrats who claim to support Israel is, what are you doing to stop the complete takeover of your party by anti-Israel forces? What will you do to keep support of Israel bipartisan in this country?

Any pro-Israel Jew who allows without furious protest the hijacking of their Democrat Party by the rising anti-Zionist juggernaut . . . will be guilty of betrayal of their people and their ancestral homeland, Eretz Yisrael.

I urge you, in conversations with friends, family and colleagues, to clarify that what’s at sstake in the coming election is not simply whether Trump or Biden wins—but rather, whether the United States will continue its bipartisan support of what Obama frequently called “our unbreakable bond with Israel.” If Jewish Democrats fail to exert sufficient influence on their party, the fate of the Jewish state and the Jewish people will be harmed irreparably.

In addition, I hope you’ll also take a minute, while you have this material front and center, to visit FLAME’s lively new Facebook page and review the P.S. immediately below. It describes FLAME’s new hasbarah campaign—forcefully describing Israel’s critical strategic value to America.