FLAME
X
Put text, tables or any other HTML contents here, as you would put in any other HTML page. ..... and more.
Skip to content
Home » Despite vicious attacks on Israel by the media, the U.N. and Islamists, we continue to win!
Israel’s Sovereignty Plans for Judea-Samaria: It’s Not Annexation, It’s RestorationJacques Gautreaux2020-05-27T09:08:09-07:00 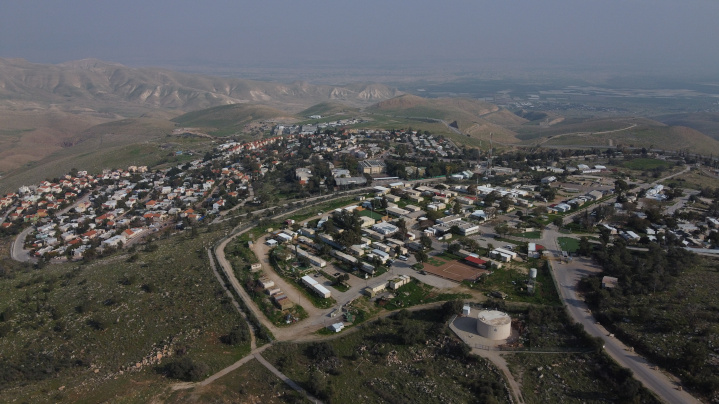 The community of Ma’ale Efraim in the Jordan Valley, a region where Jews are the majority population and Israel is planning to extend civil sovereignty. This territory is part of that originally granted the Jewish state by the League of Nations a century ago.

Within months, Israel’s new government will begin the process of declaring sovereignty over Jewish settlements in Judea-Samaria (aka the West Bank). According to binding international law, the move is legal. While this legality does not establish its prudence, most Israelis and many American Zionists support it for existential reasons. One of those reasons is survival and another is a renewed chance for peace.

Israel’s long-standing intentions on this issue have been spurred by the recent peace plan put forward by the U.S. Israel’s declaration of sovereignty would mean the application of Israeli civil law to the Jewish settlements, which are majority Jewish and currently under military rule. The declaration would not in any way jeopardize the future establishment of a Palestinian state.

In fact, the current US peace plan is contingent upon Israel’s agreement to negotiate sovereignty for the Palestinians in other parts of Judea-Samaria. Every major peace plan ever put forward has included an incorporation of the major settlement blocks into Israel.

Critics charge that the move would be an illegal annexation of Palestinian land, which Israel captured from Jordan in 1967. However, this charge is based on a perverted reading of Article 49(6) of the Fourth Geneva Convention. The article “prohibits the transfer of segments of the population of a state to the territory of another state which it has occupied.”

However, when Israel entered Judea-Samaria in 1967, it was retaking lands it had been granted by the Balfour Declaration, ratified in 1920 at the San Remo Conference. Following a war of Arab aggression, Jordan illegally occupied the territory in 1948—changing the name to the West Bank, and ethnically cleansing the area of Jews.

The legal definition of annexation requires a state to declare sovereignty over territory outside its domain. But since Judea-Samaria was within Israel’s legal borders in 1967, with Jordan the illegal occupier, the term annexation is corruptly misapplied here. It is rather restoration of Israel’s legal territory—to say nothing of its ancient biblical homeland.

It’s no wonder a recent poll shows a majority of Israeli Jews supporting the sovereignty move. Asserting sovereignty would be a repudiation of decades of failed diplomacy, during which Palestinians have used the lie of Israeli occupation to hijack the peace process. It would also be Israel’s chance to establish true security in the vulnerable Judean Hills and Jordan Valley, surrounding Jerusalem and on Israel’s eastern flank.

Most importantly, Palestinian and other Arab leaders have rejected every one of multiple Israeli offers of land for peace since Israel’s founding 72 years ago, including a 2000 offer of a state in 97% of Judea-Samaria, all of the Gaza Strip, and a capital in East Jerusalem.

Today’s Palestinian leadership shows no indication of abandoning its support of terror or its goal of destroying the Jewish state—irrespective of whether Israel asserts sovereignty or ensures its territorial security.

Any peace must be brokered bilaterally, with two sides negotiating in good faith, and both willing to make concessions. The current U.S. peace plan uniquely recognizes this reality. The Palestinians are again invited to the negotiating table; they have again rebuked the offer.

Above all, Israel cannot be expected to cede any part of Judea-Samaria to a Palestinian state still bent on its destruction. Indeed, Israel would have every right and reason to assert its claim to the land as a precondition of the establishment of Palestinian sovereignty.

If a Palestinian state is formed on the assumption that Israel has no claim to the West Bank, this opens an absurd logic for Palestinians’ claims to the rest of Israel—including claims they continue to make to ownership of the entire state of Israel.

The hard fact is, despite considerable emotional sympathy for Palestinian Arab aspirations to sovereignty, the group has never controlled a square inch of territory in the Middle East and has no international legal rights to any territory or a state in the Holy Land.

Most importantly, if Judea-Samaria is finally acknowledged to be within Israel’s sovereign borders, the world will more plainly see the conflict for what it truly is—a civil war between parties with claims to the same land. It would localize a clash that cynical bodies, like the UN and EU, have internationalized and usurped for political interest.

Remember, the UN is only empowered to pass nonbinding resolutions, which are not held to any legal standards. Its affiliated courts, the ICC and the ICJ, also have no legal jurisdiction—and neither the U.S. or Israel are members of these bodies. Still, because of their perceived credibility, the media and Israel’s critics dishonestly present their recommendations as “international law.”

In 2012, the UN made the disastrous move of unilaterally recognizing Palestine as a “non-member observer state.” In 2016, the UN Security Council passed Resolution 2334, which ruled, in violation of actual international law, that Israel had illegally occupied the West Bank in 1967. This misbegotten resolution was notoriously allowed to pass without veto by the Obama administration.

In the 2019-2020 session of the UN General Assembly, the EU states voted for 13 resolutions condemning Israel, and 7 resolutions on the rest of the world. None of these were against the world’s worst human rights violators, including Syria, China and Saudi Arabia. All of the resolutions passed against Israel were based on the lie of illegal occupation. None was binding or grounded in law or fact.

EU foreign policy chief, Joseph Burrell, has said that the “European Union does not recognize Israeli sovereignty over the occupied West Bank”—though a handful of member states refused to endorse it. Eleven European ambassadors to Israel have followed suit, and the International Criminal Court has warned that annexation would spur an investigation.

Nonetheless, both inside and outside of Israel, many support the sovereignty plan as a recalibration—an opportunity to reset the roadmap to one based on truth.

As US Ambassador to Israel David Friedman has observed, most of the world’s nations do not condemn it, including many in the Middle East. The current moment may thus be one of specific opportunity, with certain Arab states warming to the idea of cooperation with Israel.

The lie of Israeli occupation has not only stalled the peace process and jeopardized the lives of Israeli and Palestinian civilians, but also fomented violence against international Jewry.

When discussing this issue with friends, family and colleagues, I hope you’ll clarify that declaring sovereignty should be Israel’s decision, based on what is best for its security and future. But even if Israel decides against the prudence of the move, it must firmly uphold that it is legal. Because if binding international law does not dictate a country’s borders, then its enemies will. And this cannot stand in the case of Israel.

I hope you’ll also take a minute, while you have this material front and center, to visit FLAME’s lively new Facebook page and review the P.S. immediately below. It describes FLAME’s new hasbarah campaign—which provides even more arguments for maintaining strong sanctions against our enemy, Iran.