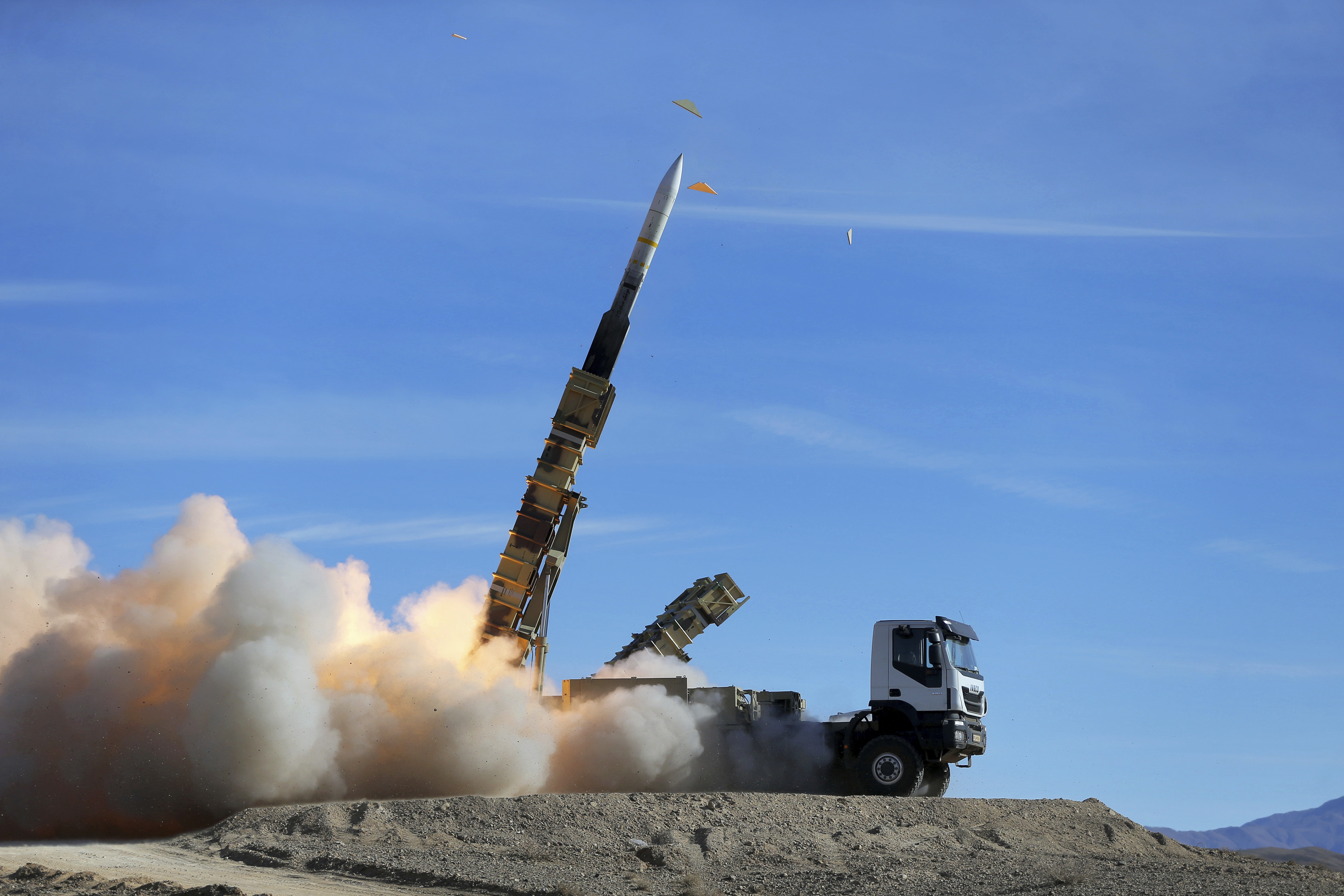 Iran has recently launched missiles, like this one, from Syrian positions toward Israel. Iran leads an axis of Islamist forces, including terror groups Hezbollah and Hamas, as well as Turkey, determined to annihilate the Jewish state.

Few countries in the world are more threatened by more belligerent enemies than Israel. Certainly no country is hated as vehemently—not for what it does, but for its very existence.

While Israel is today as beleaguered by enemies as it ever was—in some ways even more so—it used to be respected for its underdog status. Unfortunately, for reasons we’ll explore, the Jewish state has undeservedly lost that revered and sympathetic status.

Israel was easy to love in those days—just 19 years from its war of independence in 1948, when it defeated seven armies of Arab invaders.

For the man and woman on the street in those days, there were no “Palestinians.” Indeed, the Arabs who lived in “Palestine” before the 1948 war were simply Arabs, and after that, following Jordan’s forcible seizure and annexation of Judea and Samaria (aka the West Bank), they became Jordanian citizens.

In other words, in the years before Israel’s 1948 War of Independence and up to and after the 1967 Six-Day War, the West sympathized with underdog Israel against the attacking Arab hordes.

Today, Israel’s dangerous neighborhood has changed its complexion—and Israel has become stronger militarily and economically—but the Jewish state now faces a new set of deadly enemies that still vow and vie to destroy it.

Primary among these foes, of course, is the Middle East powerhouse, nuclear aspirant and global sponsor of terror Iran, which threatens Israel on virtually a daily basis and makes belligerent military gestures on Israel’s borders through its sponsorship of Syria and the terror groups Hezbollah and Hamas.

While Jordan and Egypt have over the decades signed peace treaties with Israel and maintain a cool peace, Turkey under Recep Tayyip Erdogan has stepped into the breach, fiercely threatening Israel diplomatically and even violently a few years ago with an armed flotilla attempting to challenge Israel’s defensive blockade of Gaza.

Despite the massive military forces aligned against Israel by Iran and Turkey, as well as hundreds of thousands of missiles aimed at Israel from her borders by Hezbollah and Hamas, Western media only thinly report the story of Israel’s daily struggle with these major existential threats.

Rather, the media overwhelmingly prefer to focus on Israel’s attempts to manage its conflict with two groups of Palestinians—those living in Judea-Samaria (the West Bank) and their arch enemies, the Palestinians living in Gaza under Hamas. Like Iran, Syria and Hezbollah, both these groups also are sworn to Israel’s destruction.

Indeed, the media embrace Israel’s struggle with the Palestinians, because Israel is clearly better funded and armed than these groups. Israel is portrayed by the media as the mighty Goliath in this narrative, seeking to crush the poor, helpless Palestinian David.

So, we see that in this fake, sentimental story, Israel is no longer the underdog of decades past, but has become the oppressor.

Of course, the media ignore the facts of this conflict—granting the Palestinians land they never owned, as well as accusing Israel of “occupying” its own ancient homeland and preventing local Arabs from attaining the statehood they have themselves refused to accept for some 70 years.

Typically, this Sunday’s New York Times features a propaganda piece packed with unsubstantiated accusations of Israel’s occupation of “Palestinian territory,” “violations of international law,” and refusal to allow Palestinian refugees a “right” to return to homes they left 70 years ago and for which they have no legal rights.

In short, the media have no interest in portraying Israel as the only rule-of-law democracy and Western ally in the Middle East, struggling to defend itself against a deadly array of Islamist forces—including Iran, Syria, Turkey, Hezbollah and the Palestinians—all of whom are attempting to destroy the Jewish state. No.

Rather the media—chief among them the New York Times—focus on a perverse, unsubstantiated (and patently untrue) micro-story of Palestinian suffering at the hands of Israel.

In truth, Israel is no less an underdog today than it was in 1948. It struggles under a constant international diplomatic barrage at the U.N., daily attempts to violate its borders via land and sea by designated terror groups, murderous attacks against its civilians, and bellicose threats from an imperialist nation with one of the world’s largest armies—and is on the threshold of acquiring nuclear arms.

For pro-Israel activists, our mission is clear: We must help shift the narrative. Israel is the underdog—the David of this story—standing up against the most determined, hate-filled and fiercely armed collection of enemies in the world. The Palestinians are not victims—they are part of this evil axis.

Please forward this FLAME Hotline to your friends, family and fellow congregants, so they, too, can help us tell the true story of Israel’s struggle against the Islamist Goliath.