FLAME
X
Put text, tables or any other HTML contents here, as you would put in any other HTML page. ..... and more.
Skip to content
Home » Despite vicious attacks on Israel by the media, the U.N. and Islamists, we continue to win!
Is Israel a European colonial transplant—or is it the Middle East’s most diverse nation?Jacques Gautreaux2020-07-27T08:26:52-07:00 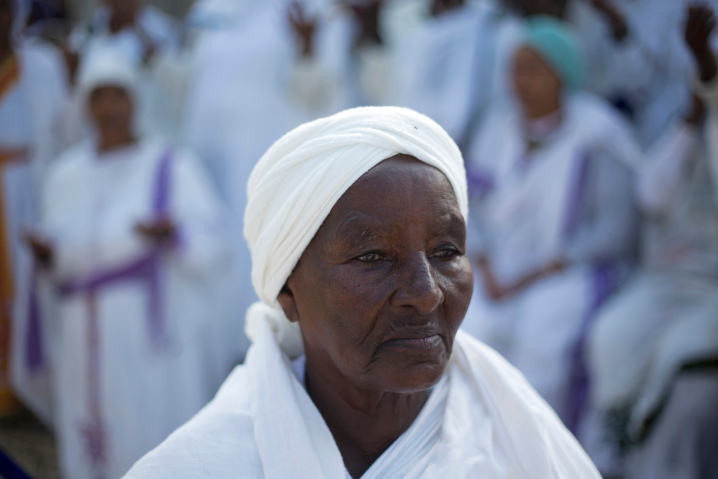 More than half of Israel’s Jewish population trace their direct ancestry to the Middle East, Asia and North Africa, like this Ethiopian Jew celebrating the holy day of Sigd in Jerusalem. In addition, some 20% of Israelis are Arab Muslims, Christians and Druze, making Israel by far the most diverse country in the Middle East.

Is Israel really a European colonial transplant—or is it the Middle East’s most diverse nation?

We hear all too frequently the accusation that Israel is a white, European colonial transplant to the Middle East, pushing local indigenous Arabs from their territory.

In fact, Israel is itself a triumph of indigenous self-determination and national liberation, which today embraces the widest diversity of peoples in the Middle East—welcoming multiple ethnic origins, skin colors, religions and sexual identities.

Those who attempt to tar Israel with accusations of race- or even religious-based colonialism do so out of ignorance or malicious intent.

The Land of Israel has been for two thousand years the ancestral homeland of the Jewish people. Since the destruction of Jewish sovereignty in 70 CE until 1948, the Jewish people were forced into a long, difficult Diaspora—rife with expulsion, persecution and even enslavement. Many Jews remained in the Holy Land, however, forming an unbroken chain of Jewish presence in their national homeland.

Throughout the centuries, when the Land of Israel was occupied and colonized by foreign powers, large groups of Jews continued to return from all over the world when they had the opportunity, forming distinct, diverse and thriving communities throughout the country.

Surprising to some, today the majority of Jews in Israel do not have roots in Europe, but rather hail from the Middle East, Asia and North Africa. These are the descendants of Jews who never left the region and never stepped foot in Europe. There were Jews in Arabia before the advent of Islam, and Jews in Babylon before the Arab conquest and colonization beginning in the 7th century.

After the Arabs occupied the Middle East and North Africa around 639 BCE, Jews were forced into dhimmi status, forced to pay special taxes and had severe restrictions placed on them by their Muslim rulers.

Finally, during the 20th century, particularly upon the founding of Israel, these millennia-old Jewish communities were ethnically cleansed by Arab rulers.

Over 850,000 Jews from Arab countries were forced to flee their homes and communities rapidly, frequently with nothing but the clothes on their backs.

These exiles—mostly people of color—were welcomed home by the Jewish State, which was under increased military and economic pressure from the same Arab League nations that had emptied their nations of its Jews.

These Jews joined others who hailed from a diverse number of cultures and nations like India, Ethiopia, Azerbaijan, Afghanistan, China, and another 100 others.

Anyone who visits Israel sees a mosaic of people representing different nations, ethnicities, backgrounds, as well as religions, like Christians, Muslims, Bahai and Druze, all of which—uniquely in the Middle East—are afforded equal rights and opportunities.

Today, around 20% of Israeli citizens are Arabs or Arabic-speaking. Many of these Arab Israelis are the descendants of migrants from neighboring countries who arrived during the late 19th Century in response to booming economic conditions. This influx of Arabs was stimulated by employment opportunities, higher wages, and better living conditions due to agricultural and commercial development brought by mass Jewish immigration.

In 1948, the Arab population in Israel numbered around 156,000, while today there are 1.9 million Arab Israelis, rendering accusations of genocide against Palestinians absurd.

Indeed, as a result of living in the Jewish State, Israel’s Arabs have a longer life expectancy, higher literacy rate and standard of living than the overwhelming majority of Arabs living in other nations in the region.

As an example, Christian Arabs are one of the most educated communities in Israel, with the highest rates of educational attainment among all religious communities, including Jewish. Despite the fact that Arab Christians only represent 2% of the total Israeli population, they account for 17% of the country’s university students, and for 14% of its college students.

Israeli Arabs are also integrated and content living in Israel. According to a recent poll, around two-thirds of Arabs in Israel are proud to be Israeli and 70% of Israeli Arab citizens felt that it was possible to identify as Palestinian yet feel loyal to Israel.

Arab citizens of Israel have their own elected members of Israel’s parliament, religious authorities who are officially recognized by the state and provided with stipends, their own separate religious court system, and Arabic is an official language.

In addition, Israel provides religious freedom to a wide range of faiths, making a home for Muslims, Druze, Bahai and Christians, among others. Each community is accorded full respect and equality.

In fact, it could be reasonably argued that the only Arabs in the region who have full and unfettered right to open and transparent elections and the right to choose their elected representatives are the almost two million Arab citizens of Israel who make up almost a quarter of the total population.

Since Israel’s establishment, Arab citizens are provided with preferential treatment and have been exempted from compulsory service in the Israel Defense Forces (IDF) out of consideration for their family, religious, and cultural affiliations with the Arab world.

Some Arabic-speaking communities, like the Druze, Bedouin and increasing numbers of Christian Arabs, do serve loyally in the IDF, and more and more Arab citizens of Israel choose to serve and contribute to the State of Israel through a myriad of ways, whether social, cultural, academically or medically, where one fifth of the country’s doctors are Arab Israelis.

I hope as you discuss the Israel and the Middle East conflict, you will point out to friends, family, colleagues and your elected representatives that Israel is the most diverse country in the Middle East— a democratic haven for all its citizens, whether Jewish, Christian, Bahai, Druze or Muslim. It is also the region’s only multicultural society, one that is free, fair, open and equal for all, regardless of gender, religion, ethnicity or sexual identity.