FLAME
X
Put text, tables or any other HTML contents here, as you would put in any other HTML page. ..... and more.
Skip to content
Home » Despite vicious attacks on Israel by the media, the U.N. and Islamists, we continue to win!
Iran is a Mess . . . Which Creates Strategic Opportunities for IsraelJacques Gautreaux2020-03-09T12:17:01-07:00 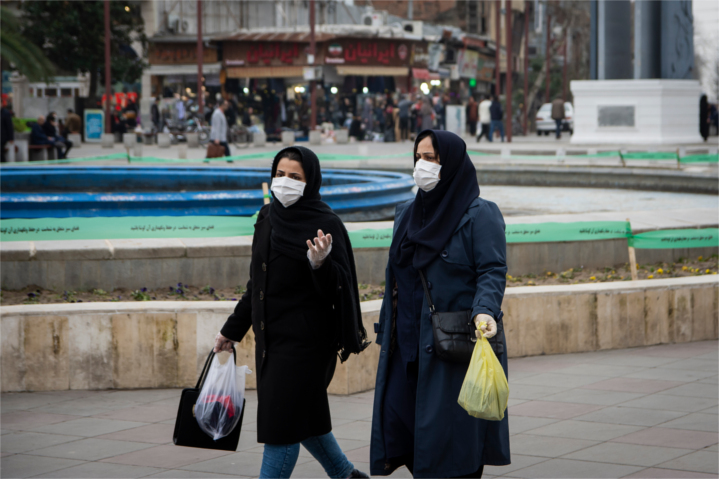 Largely empty streets and squares mark many Iranian cities. Here, two women return home in in the Iranian city of Rasht, which has the largest number of COVID-19 cases and the highest mortality rate in Iran. Its main hospital is full, its chief executive is among the dead, and the hospital is not accepting new patients.

Iran is a Mess . . . Which Creates Strategic Opportunities for Israel

The Islamic Republic of Iran has solidified its position as the greatest threat to the world with a confluence of belligerent policies and awesomely bad judgment. It is a financial mess, a social mess, a diplomatic mess, a governance mess and, now, a health mess.

But the confluence of a tragic epidemic and the current Iranian reality also presents a special opportunity for Israel and America to rein in Iran’s nefarious and lethal activities in the Middle East.

The budding coronavirus (COVID-19) pandemic was originally a nasty and probably mishandled factor in China. But, while all the world was busy isolating China to prevent the spread of the virus, Iran’s government of mullahs decided—in order to cultivate desperately needed China trade—that it would accelerate its commerce and tourism with that Asian behemoth.

The result—surprise, surprise!—is that Iran is now the secondary epicenter for COVID-19 transmission. Its mortality rate for COVID-19 far surpasses China’s. The only real questions are whether Iran’s government is under-reporting the true number of detected cases , or if Iranians are incubating and transmitting a more lethal version of the virus.

The smart money is on the Iranian theocrats’ continued suppression of information, which could be crucial to the world’s strategies in battling the epidemic.

After some lame attempts from Teheran to pin the COVID-19 crisis on the Great Satan (America) and the Little Satan (Israel), the mullahs returned to a crisis posture—especially with the spreading disease afflicting many of their own at the top of Iranian society and power structure.

The closed nature of mullah-run Iranian society makes it nearly impossible for outsiders to get a clear view of the COVID-19 situation there. Key social media—Facebook, Twitter—have been shut down for over a week . This suppression of information is akin to the media blackouts during the popular uprisings after the past two Iranian elections.

Iran entered the COVID-19 era already suffering a set of self-inflicted economic problems. The sanctions-easing rewards bestowed on Teheran by the 2015 nuclear agreement with America and Europe were revoked by President Trump in 2018. Those renewed sanctions cut deeply into Iran’s chances for prosperity.

Thanks to its reckless jihadi policies intended to control the Middle East, Iran has ruined its own society and economy in countless ways. Last year, Iran’s GDP was down 9.5%. Iran’s currency, the rial, has experienced 40% or higher inflation in the past couple of years. With its status now certified as a principal disseminating center of COVID-19—and the desperate isolation/quarantine maneuvers its rulers have now been forced to undertake—the Iranian economy is likely to sink even faster in 2020 and beyond.

It is now stretched thin on massive imperialistic expenditures and obsessive focus on assaulting Israel throughout the Middle East and abroad. As a result, Israel has a sad-but-real window of opportunity to act against Iran and the Iranian proxies that encircle it.

The lethal aid and widely deployed military units that Iran has sent into Syria, Lebanon and Gaza will be stretched thin as the mullahs back home struggle to cope with the health crisis—and the economic/civil discontent it rekindles—at the expense of foreign adventures.

As if to ensure that Iranians remember the regime’s brutality in squelching dissent, the “Butcher of Teheran,” Mohammad Haj Abolghasemi, who was in charge of the brutal and sadistic repression of Iranian dissidents during those anti-government riots, became one of the early fatalities associated with COVID-19. The Iranian public rejoiced when news of his demise leaked out.

Nonetheless, Iran seems to be pursuing its nuclear-weapons program full-blast and unrelenting in its other jihadi export efforts. This week, the head of the International Atomic Energy Agency (IAEA), Rafael Grossi, issued a report admonishing Iran about its covert nuclear activities.

According to the IAEA, Iran’s denial of IAEA’s right to inspect three purported critical Iranian nuclear sites is “curtailing the ability of the Agency to do its work.” The hidden sites were first exposed in the trove of secret Iranian nuclear-program documents pirated two years ago by Israel’s Mossad.

With the necessary distraction of the mullahs afforded by the health crisis in Iran, Israel may have unexpected opportunities to derail Iran’s quest for nuclear weapons.

Throughout the Middle East, virtually every significant insurgency and terrorist activity seems to continue to be a product and beneficiary of Iran’s Revolutionary Guard . Hizbullah and Hamas are still Iranian proxies, bent on the destruction of Israel. Their budgets are no doubt under review in cash-strapped Teheran.

With decreased Iranian support for its foreign adventures with Hizbullah, Hamas and others, Israel may find new opportunities to attack and minimize these rocket threats on its borders.

In discussions with friends, families and colleagues, we encourage you to point out that the deep pockets and perfidy of Iran has focused on Israel. Iran has acted as an enabler of the spread of the COVID-19 virus, but this tragic pandemic crisis may contain opportunities to confront the main provocateur of so many other miseries in the Middle East.

In addition, I hope you’ll also take a minute, while you have this material front and center, to visit FLAME’s lively new Facebook page and review the P.S. immediately below. It describes FLAME’s newhasbarah campaign—outspokenly describing Israel’s critical strategic value to America.