FLAME
X
Put text, tables or any other HTML contents here, as you would put in any other HTML page. ..... and more.
Skip to content
Home » Despite vicious attacks on Israel by the media, the U.N. and Islamists, we continue to win!
How the Palestinian Authority’s Perversion of Justice Prevents Peace_January 15, 2019Jacques Gautreaux2019-01-17T18:18:18-07:00 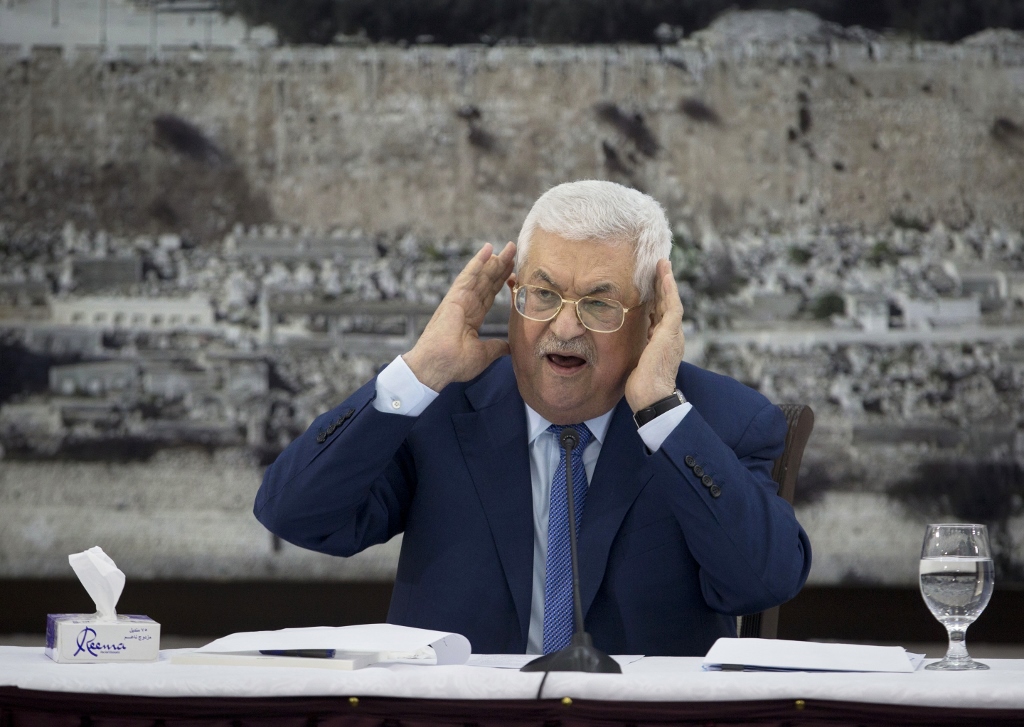 President Mahmoud Abbas has been a leader in the Palestinian Authority’s perversion of justice, turning a deaf ear even to his Supreme Court justices, the majority of whom have threatened to resign over his plan to further corrode judicial independence under his rule.

How the Palestinian Authority’s Perversion of Justice Prevents Peace

The perversion of justice is a routine policy in the Palestinian Authority. Everyone is now familiar with the policy of giving lifelong pensions when a family member kills innocent Jews—the more murdered Jews, the bigger the payoff.

The contrast between the Palestinian Authority perversion of justice and the justice dispensed in Israel is symptomatic of the different value systems of the two societies. Indeed, Jerusalem and Ramallah are a study in contrasts.

If you check a map of Israel, you will see that Jerusalem—eternal capital of Israel—and Ramallah are a mere nine miles apart. But the two cities and the societies they lead are worlds apart—and their profound differences are emblematic of why peace between the two continues to look impossible.

The difference between the Jerusalem and Ramallah was never clearer than on December 31, 2018, when their courts issued sentences to two very different convicted felons.

In Jerusalem, the crime was the brutal terrorist murder of foreign-exchange student Hannah Bladon. A devout Christian enrolled at the University of Birmingham in England, she boarded the new Jerusalem Light Rail system to make her way to Good Friday services on April 14, 2017. Twenty-year-old Hannah was in Jerusalem to study religion and archaeology at the Hebrew University on Mount Scopus.

Surrendering her seat on the holiday-crowded train to a woman with an infant, she stood by the train door, waiting for her stop.

A Palestinian-Arab man from eastern Jerusalem had also boarded the train and stood next to her by the door. The man, Jamil Tamimi, produced a 7-inch knife and savagely stabbed her multiple times. Tackled by other passengers after injuring a number of others, Tamimi was carted off to jail by an Israeli policeman who was also on the train.

Jerusalem police spokesman Mickey Rosenfeld characterized it as a terrorist attack, the latest in a series of such knife attacks that spring. But back at the police station, it became apparent that the attacker was also mentally disturbed, and a battery of Israeli psychologists started analyzing the crazed terrorist murderer.

So—after a lengthy trial and Tamimi’s conviction of murder—the judge at the Jerusalem District Court mulled over the life-in-prison sentence that is the normal result in such cases. But the judge declared that—given expert testimony about the killer’s mental status—the sentence should be shortened to 18 years. The hope was that mental-health treatment provided in prison might rehabilitate the man.

Hannah’s family was, not surprisingly, outraged at the leniency of the sentence, as were many members of the press and the political class in Israel.

We now travel those nine short miles north to the Palestinian Authority’s Ramallah High Court, where another criminal was sentenced for his evil crime. The felon was Issam Akel, a citizen of both the United States and the Palestinian Territories.

Akel had inherited property in Jerusalem, and entered into a contract to sell it to—horror of horrors!—a Jew. His sentence was meted out in Ramallah on the same day as Hannah’s murderer’s was in Jerusalem—the last day of 2018.

Under Palestinian Land Law, selling land to a Jew is a capital crime, for which hundreds have paid the ultimate price once the transactions became public. Akel was lucky—the court was willing to let him off with a life sentence at hard labor. His only hope for any commutation is the fact that he has dual-citizenship, and the United States’ State Department may attempt to intercede on his behalf.

Imagine if someone in the United States—or anywhere else in the Western world—were punished for selling a home to a black person or a person of any ethnicity: Against the law, right? Because it’s an abomination.

Consider what really separates Jerusalem and Ramallah—and you won’t find it on any roadmap.

In one world, justice tempered with mercy mitigates the punishment for a cold-blooded terrorist murderer because of his impaired mental state, bolstered by the slim hope that even a person like him has a chance at rehabilitation.

In the other world, the court enforces a racist law that condemns anyone who does business with Jews, yielding a life sentence at hard labor for an American citizen.

Arabs living under the governance and judiciary of the Palestinian Authority suffer under a legal system that foments hatred of Israel and the Jews-—among many other travesties of justice. Their judiciary lacks real independence and is merely another enforcement wing of President Mahmoud Abbas’ corrupt and racist Palestinian Authority.

Just a few months before Akel’s sentencing for a real-estate deal, a majority of the judges on the Palestinian Supreme Court in Ramallah threatened to resign over “judiciary reforms” offered by Abbas that would expand even further the president’s ability to interfere in PA courtrooms. These “reforms” would extend Abbas’ power to hire and fire judges at will, and would establish a charmingly named “Judicial Purge Commission.”

Any hope for peace and reconciliation between the societies represented by Jerusalem and Ramallah must begin with the wholesale reform of Palestinian-Arab governance, and the dawning of true justice in that society. Racially hateful laws like the Palestinian Land Law must be revoked, and an independent judiciary must be created.

The Palestinian Authority’s perversion of justice reflects a society that is not focused on nation-building a Palestinian State. Rather, its guiding principles are the eradication of Israel and the racist annihilation of its Jews.

No “land-for-peace” deal is going to shorten the vast separation between Jerusalem and Ramallah.

In talking with friends, family and colleagues, by all means spread the word about poor Hannah Bladon, and debate the Jerusalem court’s leniency. But also discuss the other victim of December 31, 2018: Issam Akel, one of our fellow citizens. His sentence encapsulates all that is wrong with Ramallah, and points to where the real apartheid society is located in the Middle East.