FLAME
X
Put text, tables or any other HTML contents here, as you would put in any other HTML page. ..... and more.
Skip to content
Home » Despite vicious attacks on Israel by the media, the U.N. and Islamists, we continue to win!
How Israel rescued the Promised Land from devastation and neglectJacques Gautreaux2020-07-06T08:53:18-07:00 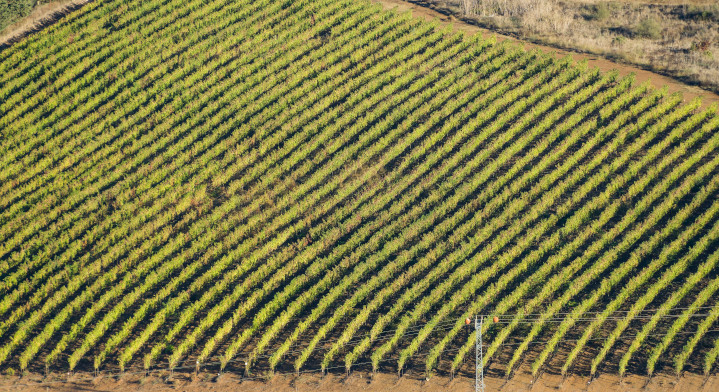 A vineyard in Golan Heights: Wine is a burgeoning sector of Israel’s explosive agricultural success. The country now produces about 95% of its food needs, thanks to restoration and expansion of Israel’s arable land, as well as innovations in irrigation and desalination.

How Israel rescued the Promised Land from devastation and neglect

Last week I toured much of Northern Israel, from the Jezreel Valley, Lower and Upper Galilee regions, to the Golan Heights. The natural beauty of this part of Israel, as well as the explosive proliferation of agriculture, was striking and inspiring.

The abundance of flora in Israel today makes it easy to forget that this land at the turn of the 20th century was a parched wasteland. It also raises the questions: How did this miraculous transformation take place—and who was responsible?

On his visit to Palestine in 1867, Samuel Clemens (Mark Twain) called the Sea of Galilee “a solemn, sailless, tintless lake, as unpoetical as any bath-tub on earth.” On the other hand, last week I found the Kinneret (its Hebrew name), a sparkling blue jewel surrounded on its north, south and west by vegetable fields, orchards and forests.

Traveling by horseback through the Jezreel Valley, Clemens noted, “There is not a solitary village throughout its whole extent—not for 30 miles in either direction. There are two or three small clusters of Bedouin tents, but not a single permanent habitation. One may ride 10 miles, hereabouts, and not see 10 human beings.”

Clemens continues, “Of all the lands there are for dismal scenery, I think Palestine must be the prince . . . Palestine sits in sackcloth and ashes. Over it broods the spell of a curse that has withered its fields and fettered its energies.”

According to Allon Tal’s 2002 book, “Pollution in a Promised Land,” the Jezreel Valley around 1900 remained an undeveloped swamp—described as “barren and boring, a miserable plain without a tree or river … all in ruins.” Tal relates how one traveler in 1905 described mud so deep that the mules fell and the donkeys almost vanished in it. It wasn’t until 1924 that Zionist settlers finished the herculean two-year task of converting these marshes into the rich, fertile farmland of today.

Later, in 1918, following the defeat of the Ottoman Empire in World War I, Herbert Samuel was named British High Commissioner of the Mandate for Palestine. In his 1921 Annual Report on the Civil Administration, Samuel wrote,

“It is obvious to every passing traveler, and well-known to every European resident, that the country was before the War, and is now, undeveloped and under-populated. The methods of agriculture are, for the most part, primitive; the area of land now cultivated could yield a far greater product. There are in addition large cultivable areas that are left untilled. The summits and slopes of the hills are admirably suited to the growth of trees, but there are no forests. Miles of sand dunes that could be redeemed, are untouched, a danger, by their encroachment, to the neighbouring tillage. The Jordan and the Yarmuk offer an abundance of water-power; but it is unused . . .

“After the persecutions in Russia forty years ago [1880] . . . Jewish agricultural colonies were founded. They developed the culture of oranges and gave importance to the Jaffa orange trade. They cultivated the vine, and manufactured and exported wine. They drained swamps. They planted eucalyptus trees. They practised, with modern methods, all the processes of agriculture.”

Palestine’s devastation can be attributed to many factors, mostly centered on poverty. At the turn of the century, an estimated 70% of the area’s Arab inhabitants were subsistence farmers. They took what they needed from the land—including unreplenished wood for fire—and allowed unrestrained sheep and goat grazing, as well as the hunting of native species, like the Syria bear and small deer, to extinction.

While early Zionists saw Palestine as “ a land without people for a people without land,” there were some 700,000 people living in the area at that time, most of them Arab.

However, Jewish immigration—bearing great intention and aspirations—had begun. Within a few generations, it would transform this neglected, relatively barren territory into a lush cornucopia of food and forests with a majority Jewish population.

Fast forward to the fruitful land I witnessed in Northern Israel last week. What happened in the 100 years between 1920 and 2020?

Wisely, the Zionists focused on agriculture to support Israel’s growing population of both Jews and Arabs. The new immigrants purchased land that was largely semi-arid, much of which had become untillable due to deforestation, soil erosion and neglect. These pioneers cleared rocky fields, built terraces, drained swamps, planted trees, fought soil erosion, and desalinated salty land.

Today, Israel is a major exporter of fresh produce and a world-leader in agricultural technologies, notwithstanding the reality that Israel’s geography is not naturally hospitable to agriculture. More than half of Israel’s land area is desert, and its climate and dearth of water resources discourage farming.

Imagine: Only 20% of Israel’s land area is naturally arable. Yet Israel now produces some 95% of its own food requirements.

Much of this success, of course, is owed to Israel’s phenomenal, groundbreaking inventions in agricultural and food technology—starting with drip irrigation and water desalination. Israeli dairy cows are the most productive milk producers on the planet.

Even more astounding: Since Israel attained independence in 1948, the total area under cultivation has skyrocketed by a factor of 2.6, to approximately 1.1 million acres. In just the past 50 years agricultural settlements have grown from 400 to 750. Agricultural production has expanded by a factor of 16—300% greater than Israel’s population growth.

Wine also represents a thriving, expanding agricultural enterprise in Israel. Today, in a territory only 1/13 the size of New Zealand, just about the size of New Jersey, Israel supports some 320 wineries. (Trust my personal research: The output of these vines is uniformly excellent.)

As for Israel’s abundant forests, we can thank millions of North American and Israeli donors to the Jewish National Fund and its parent, Karen Kayemet Leyisrael, which have planted more than 240 million trees in Israel. This effort alone has transformed the Land of Israel—providing groves, woods and forests of conifer, deciduous and fruit trees all over the country.

In short, the Israeli miracle is far greater than the unsurpassed achievement of creating one of the world’s most successful and powerful nations —made of up millions of Jewish refugees from all over the globe, most returning to their homeland in just 150 years. It’s more, too, than reviving and reinventing the Hebrew language after 3,000 years.

Israel is also the miracle of restoring a depleted, deteriorating land—through determination, ingenuity and back-breaking work.

While some Arabs resent Israel’s revitalization of its indigenous national territory, I hope as you discuss the miracle of Israel—with friends, family, colleagues and in letters to the editor—you’ll note that Israel has, in effect, rescued the land of Palestine. Beautiful, thriving Israel today supports some 9 million Arabs and Jews—almost 13 times more people than in 1900, all enjoying one of the world’s highest standards of living . . . and the best food in the Middle East.