FLAME
X
Put text, tables or any other HTML contents here, as you would put in any other HTML page. ..... and more.
Skip to content
Home » Despite vicious attacks on Israel by the media, the U.N. and Islamists, we continue to win!
Holocaust Memorial Honored Not Only The Six Million, But Also the Miracle of IsraelJacques Gautreaux2020-01-27T13:17:10-07:00 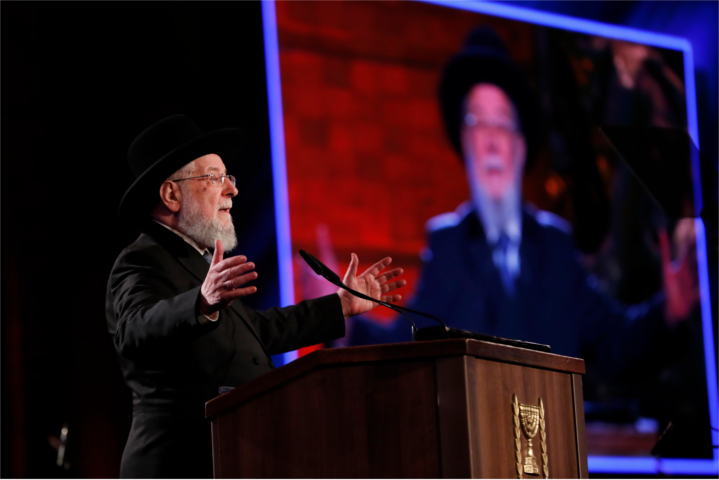 Rabbi Israel Meir Lau, who was liberated from the Auschwitz death camp at age 8, later became Israel’s Chief Rabbi. He addressed some 44 world leaders at the World Holocaust Forum, a commemoration at the Yad Vashem museum in Jerusalem, where he said he was incapable of forgiving the killers of six million Jews.

Holocaust Memorial Honored Not Only The Six Million, But Also the Miracle of Israel

We understand that forgiveness for a crime so massive and horrific is for most Jews—and for people who revere justice—unfathomable.

But forgiveness is not the main point of that Holocaust observance (nor of Yom HaShoah this coming April 21). Rather, our duty is to remember . . . so we can stand against—and prevent—future assaults against the Jewish people.

Surely the greatest accomplishment of the Jewish people for preventing a repeat of the Holocaust—and all manner of persecution against Jews anywhere—is the establishment of the State of Israel in 1948.

Indeed, the Forum was not only a fitting, solemn memorial to The Six Million lost, but it was also a remarkable and fitting triumph for the Jewish state.

Above all, we should note that Israel’s formation was not a response to the Holocaust—nor was it a gift from the world or the United Nations to atone for the Holocaust.

Rather, the Jewish people had been preparing for a return to their ancient homeland for millennia and working actively to create a state in that land since the advent of Zionism in 1897—some 50 years before Israel’s eventual birth.

Ever since our Jewish ancestors were first exiled from their land in 586 BCE by the Babylonians, we have yearned to return. Indeed, when we were exiled by the Romans in 70 CE, that aspiration held strong for two millennia, reinforced by our chanting L’Shanah Haba’ah b’Yirushalayim—“Next year in Jerusalem”—at every Passover Seder and Yom Kippur service.

This yearning became reality as Jewish determination swelled in response to centuries of discrimination and violence against Jews in Europe particularly, but also in Africa and the Middle East, including those Jews still living in what became known as Palestine during the period of Roman occupation.

This Fifth World Holocaust Forum—held on the 75th anniversary of the liberation of Auschwitz—stands as a major triumph for Israel supporters. World leaders representing some 44 nations—including Valdimir Putin, Emmanuel Macron, Prince Charles and Mike Pence—honored not only Jews killed in the Holocaust, but also the Jewish people and the State of Israel, by their presence.

Notably, while Germany—the instigator of the Holocaust—was represented at the event, no predominantly Arab countries attended. The Holocaust is apparently a calamity they do not mourn.

Forum ceremonies took place at the Yad Vashem holocaust museum in Jerusalem—a city at the center of so much controversy in 2017 when the United States belatedly recognized it as Israel’s capital. This memorial event went far to cement Jerusalem’s centrality to Jewish and Israeli life in the world’s consciousness, despite the fact that Palestinians and some U.N. agencies continue to deny any Jewish connection to the city whatsoever.

Above all, the attendance of so many dignitaries for this event underscores Israel’s huge—and growing—importance on the world stage. Israel represents not only the largest ingathering of a dispersed people in human history, but also Israel’s unparalleled social, cultural, diplomatic, economic and military achievements in the last 70 years. Finally, it bespeaks the extraordinary resilience of the Jewish people in the face of one of the world’s greatest, most destructive tragedies.

As Jews, as supporters of Israel—as humans—we should surely make reflective observances to remember our millions of brethren murdered by a hateful fanatic—the worst anti-Semite in history. But we should also celebrate the accomplishment that is Israel.

When G-d promised the Jewish people the land of Israel, we could never have dared dream about the magnitude of the threats we would face as we traversed history. But we also could never have imagined the powerful, inspiring refuge—and light unto nations—that Israel would become.

This miraculous achievement makes Israel worth praising, celebrating . . . and defending with all our power and determination.

I hope in conversations with friends, family and colleagues, you’ll point out that the founding of Israel was not a result of the Holocaust, nor was it “compensation” for the murder of six million Jews. Rather, Israel is the embodied statement of the Jewish people—and people of goodwill everywhere—that the hate that caused the Holocaust will never succeed again.

In addition, I hope you’ll also take a minute, while you have this material front and center, to visit FLAME’s lively new Facebook page and review the P.S. immediately below. It describes FLAME’s new hasbarah campaign—clearly explaining the incomparable value that American aid to Israel brings back to America.