FLAME
X
Put text, tables or any other HTML contents here, as you would put in any other HTML page. ..... and more.
Skip to content
Home » Despite vicious attacks on Israel by the media, the U.N. and Islamists, we continue to win!
Hezbollah Terror Tunnels Expose United Nations ImpotenceJacques Gautreaux2018-12-18T13:00:09-07:00 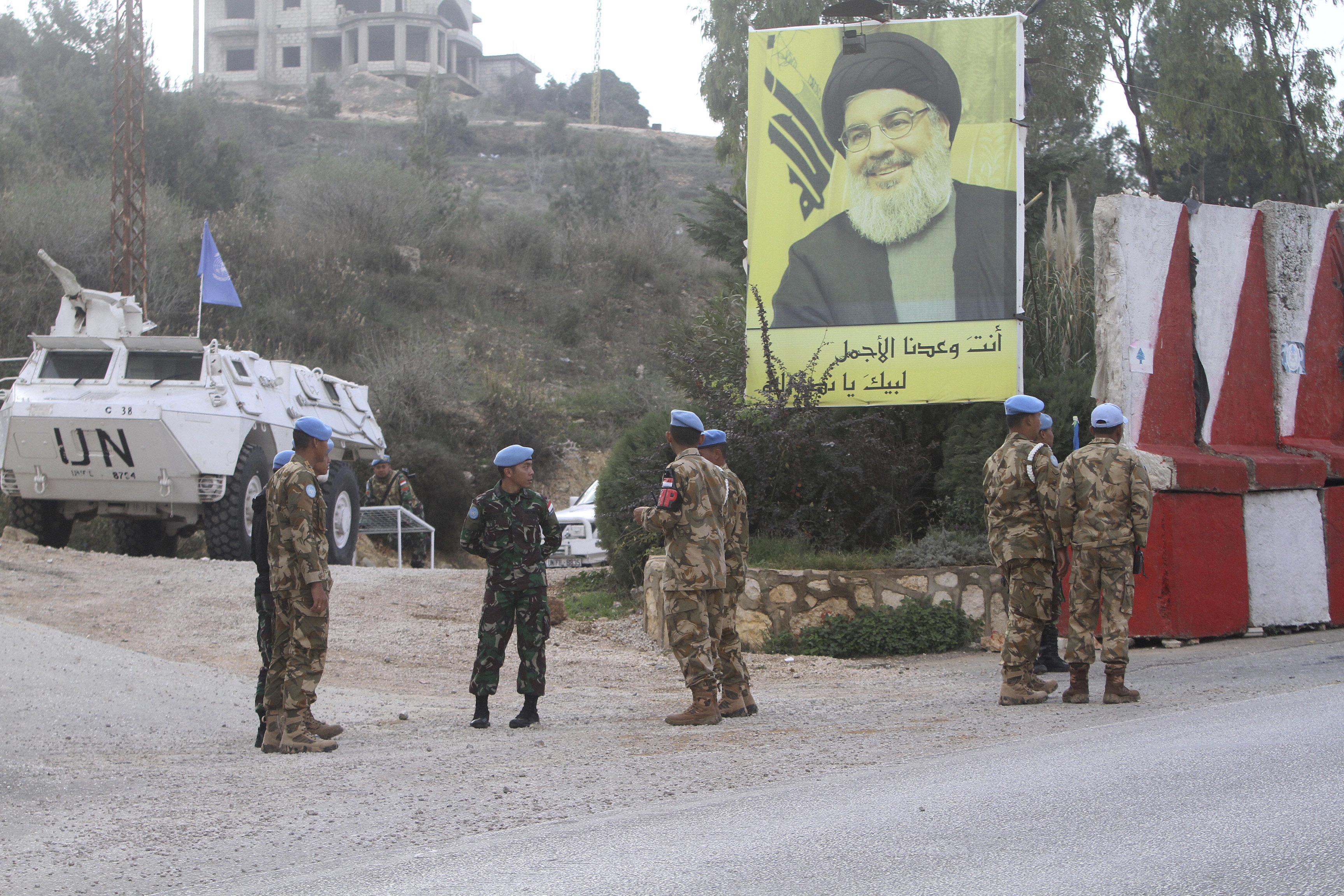 Hezbollah terror chief Sheik Hassan Nasrallah smiles with smug joy above the impotent United Nations UNIFIL “peacekeepers,” who have let him build up Hezbollah’s lethal terror tunnel network to go along with their 150,000 missiles aimed at Israel.

In another display of UN ineptness, Hezbollah terror tunnels into Israel reveal the United Nations’ impotence in maintaining peace in the Middle East—or pretty much anywhere.

Unfortunately, this UN impotence may soon threaten the lives of large numbers of Israelis in the range of Hezbollah’s 150,000 launch-ready missiles poised just over the Lebanon-Israel border.

UNIFIL was beefed up in manpower—now having over 10,000 troops from dozens of countries—to manage diligently the uneasy peace between Israel and Lebanon, after Hezbollah had launched thousands of missiles from Lebanon into Israel during the 2006 war.

It is unclear in retrospect why anyone—including U.S. Secretary of State Condoleezza Rice—thought UNIFIL was up to the job. It had failed miserably in preventing the Hezbollah missile build-up in southern Lebanon for many years. In 2006, UNIFIL was already the signature program demonstrating United Nations impotence in containing Hezbollah’s terror activities.

UNIFIL works in close partnership with the Lebanese Armed Forces (LAF) in doing its job. But the LAF is effectively controlled by Hezbollah’s terror forces. Indeed, the entire government of Lebanon has long been little more than a front for Hezbollah, which controls it.

For years, when suspicious activity was reported to the LAF by UNIFIL, further inspections—shockingly!—found nothing of concern. The proof in Lebanon—until last week—was in the massive expansion of Hezbollah’s terror missile inventory.

Indeed, that inventory has grown from 10,000 at the end of the 2006 war to over 150,000 Hezbollah missiles today. Hezbollah terror rockets are almost de rigueur in any well-appointed home, garage, factory, or underground facility anywhere in southern Lebanon.

With last week’s revelation by Israel that Hezbollah terror tunnels run under the Blue Line in many places, UNIFIL’s malign incompotence was brought into even sharper focus. Israel has uncovered three terror tunnels already, and dozens are believed to be under construction along the Blue Line.

Clearly, these Hezbollah terror tunnels are being built for a major invasion of Israel.

Unlike the shallow one-man-at-a-time Hamas tunnels that have been in the news for years, the Hezbollah terror tunnels are over six feet wide and tall—allowing mechanized forces to be transported en masse into areas behind Israeli border towns like Metulla.

The Hezbollah terror tunnels are dug seventy-five feet deep, and travel hundreds of feet into Israeli territory. Using them, Hezbollah terrorists could sneak through in large numbers to attack and massacre or hold hostage lsraeli villages and kibbutzim across the Blue Line.

One of the tunnel’s entry points on the Lebanon side was in the basement of a house just yards away from a UNIFIL outpost. Unsurprisingly, UNIFIL claims it suspected nothing. Certainly, as usual, it did nothing.

Sadly, the truth is the United Nations is the problem, and United Nations impotence in ensuring Israel’s security from Hezbollah—or any other terrorist or national enemy—has been so obvious over the decades that Israel might as well skip the meeting.

We must remind our friends, colleagues and elected representatives that the only guarantor of Israel’s security is Israel. Yet again—as in all of Israel’s previous conflicts—the United Nations’ crookedness and ineptitude just delays—and in this case, fuels—the inevitable next war.

Threatened by tens of thousands of Hezbollah missiles from above, and now dozens of terrorist invasion tunnels from below, Israel must be free to take whatever actions it deems necessary to protect itself, its people and its IDF soldiers.

Emphasize to your representatives and other public officials that any calls for restraint by Israel now—or, once the missiles start flying and the Hezbollah troops invade—will only unleash and fuel a much greater conflagration . . . soon. Educate your friends to the realities of southern Lebanon and United Nations impotence—and even collusion with Hezbollah.

If you support FLAME, please quickly visit our lively new Facebook page and review the P.S. immediately below, which describes FLAME’s recent hasbarah campaign asserting the congruence of anti-Zionism with classic anti-Semitism.