FLAME
X
Put text, tables or any other HTML contents here, as you would put in any other HTML page. ..... and more.
Skip to content
Home » Despite vicious attacks on Israel by the media, the U.N. and Islamists, we continue to win!
FLAME defends Israel in U.S. mainstream media: Please review, tell us you support us!Jacques Gautreaux2019-12-09T15:48:41-07:00 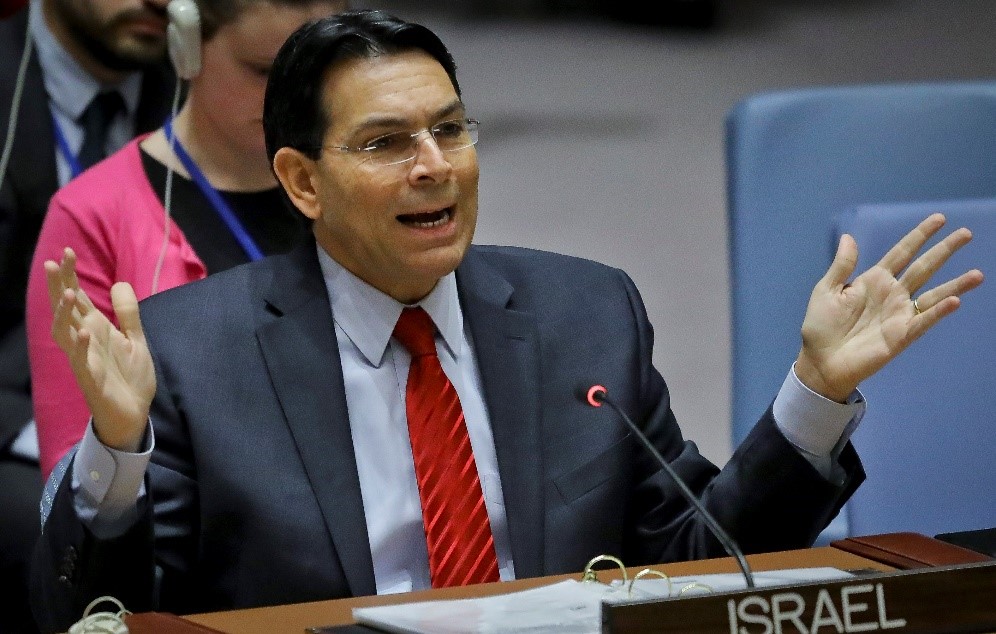 Israel’s courageous U.N. Ambassador, Danny Danon, is often called on to defend Israel against bias, unfair treatment and unrelenting attacks on the Jewish state—often alone except for the loyal support of the United States. FLAME publishes editorial messages in mainstream U.S. media to ensure the sympathy of Americans—and American politicians—for Israel’s righteous cause.

Won’t you act now to help us convince Americans to continue supporting Israel?

Just go to donate now to continue your membership.

As you know, the United States is often the only country that supports Israel in the horribly biased United Nations . . . and opposes frequent efforts by the European Union to punish Israel.

In fact, Israel depends vitally on the support of the American people and American politicians from both parties—for U.S. veto power in the U.N., for foreign aid, and to tell the truth when Palestinian leaders lie that Israel has no rights to territory in the Holy Land.

That’s what we do—and we’re the only ones who do it this way.

For 29 years FLAME has represented your opinion—and your outrage—against the biased United Nations, Palestinian lies, the scourge of Iran, and the hateful BDS movement.

That’s why FLAME now publishes its outspoken editorials in theNew York Times and Washington Post Sunday editions reaching some 4.2 million readers, as well as in other national and college media and on our lively Facebook page.

Can we count on you once more to support our fight against the haters and hypocrites—in mainstream media nationwide? Just go to donation to start or renew your membership.

In 2020, with your help, FLAME plans to start publishing our hard-hitting messages for the first time also in USA Today and the Los Angeles Times.

Your support will help us start publishing our latest editorial position paper in all four of the largest circulation newspapers in the country—New York Times, Washington Post, USA Today and Los Angeles Times .

Our new message is called “ What Is Palestinian Territory? ”—it exposes the lie that Israel “illegally occupies the Palestinian territories.” Indeed, there are no such territories—because the Palestinians have never had sovereignty over an inch of territory anywhere.

If you want to ensure that Israel gets a fair hearing in the media and in Congress . . . please start or continue your membership with a donation—large or small—at this time.

You’ll help us continue publishing messages like these, below, which have already run in the New York Times and Washington Post and other national media:

“Is a Two-State Solution Still Possible?”

As you know, the New York Times has long been one of Israel’s leading media adversaries—publishing countless op-eds unfairly criticizing the Jewish state, as well as strongly slanted “news stories” that use fake “facts” to discredit Israel.

I’m sure you’ve read FLAME’s many exposés of the Times, in which we have excoriated the newspaper for its lies and blatantly misleading stories about Israel.

As you know FLAME has published scores of outspoken editorial positions telling the truth about Israel in more than 100 mainstream media, college newspapers and the Jewish press for 30 years now.

But until last year, we had not ever published our editorial hasbarah messages in the New York Times—the most widely read newspaper in the U.S.—or in the Washington Post, which is read by most elected officials and staff in our Capitol.

Now, because of overwhelming support from pro-Israel advocates like you, we are publishing regularly in both influential newspapers.

If you support FLAME’s editorials in the Times andPost—and next in USA Today and the Los Angeles Times—won’t you make a new or renewed membership donation at this time?

Why FLAME’s new “What Is Palestinian Territory?” editorial must be published in national mainstream media.

As you know, a group of 107 Democrat House Members this month sent a letter to U.S. Secretary of State Pompeo denouncing his determination that these settlements are entirely legal under international law.

This group included the freshman U.S. Representatives Ilhan Omar, who supports the BDS movement and falsely accuses Israel of being an “apartheid regime,” and Rashida Tlaib who defended ousted CNN commentator Marc Lamont Hill in his call for the elimination of Israel.

I’m sure you agree: We must defeat anti-Israel efforts by American elected officials like these.

Only FLAME fights back with hard-hitting messages defending Israel in mainstream media. And we can only do it with help from Israel supporters like you—one by one.

Indeed, we have strength in numbers. Our financial supporters now number over 30,000.

Defending Israel against haters and hypocrites is not free

We supporters of Israel know that the enemies of the Jewish state will not give up. Our commitment has to be steadfast—and that’s not always comfortable or easy or cheap.

While our editorials in the New York Times, Washington Post, USA Today and Los Angeles Times are sure to make waves nationally—and change opinions—let me be honest. Publishing such messages in them is expensive.

We’ll pay more than $30,000 each time one of our messages runs in each of these media.

Won’t you add your voice to that of tens of thousands of individual FLAME supporters—won’t you make a membership donation to FLAME—at any level you can afford?

I think you agree that FLAME’s messages arepowerful PR for Israel—and we’ve published more than 171 of them—but as you know, telling the truth about Israel via such paid editorial messages in media nationwide is costly. Are you ready to join us for 2020?

That’s why, if you don’t want to letcriticism of Israel go unanswered, if you don’t want one-sided news stories about Israel to go uncorrected, and if you’ve ever bemoaned Israel’s “bad PR,” I urge you to help FLAME with your financial support at this time. Just go to donate to join us and help now.

Please remember that nearly 100% of FLAME’s financial support comes from individual members just like you. One by one, Jews, Christians and unaffiliated alike contribute generously to this noble cause—to help ensure that Israel survives.

Best of all, of course, your donation before December 31 is tax-deductible in 2019.

Thanks in advance for your year-end generosity and your continued support of FLAME’s good work. Please take a minute to review our news release, below, and let us know you approve of it.