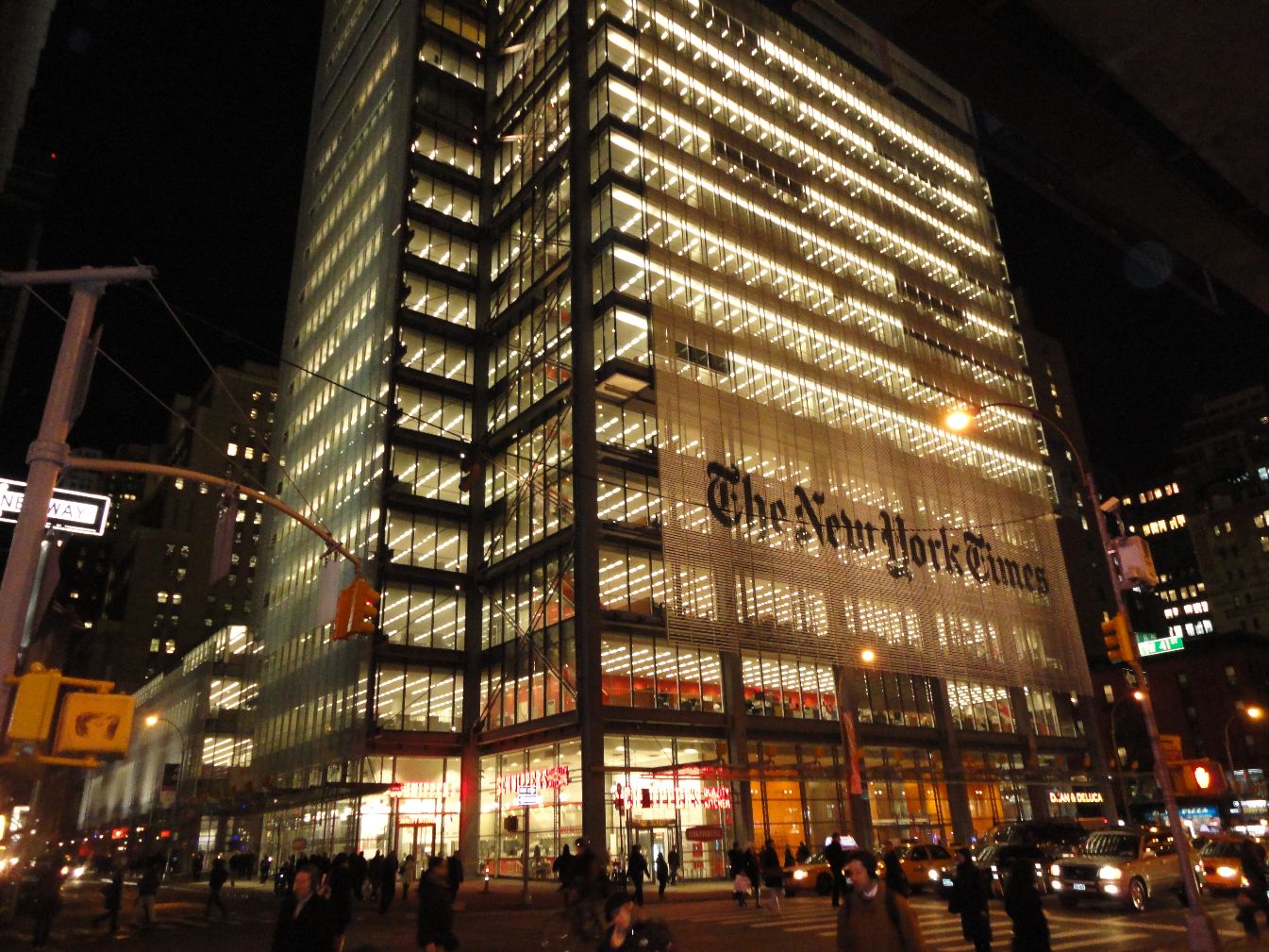 You can count on FLAME to defend Israel in the mainstream media.

That’s what we do—and we’re the only ones who do it this way.

For 29 years FLAME has represented your opinion—and your outrage—against the biased United Nations, Palestinian lies, the scourge of Iran, and the hateful BDS movement.

This Sunday, for the first time, you will see FLAME’s newest editorial in the New York Times—it’s titled “Anti-Zionism Is Racism.”

Can we count on you once more to support our fight against the haters and hypocrites—in the New York Times and mainstream media nationwide?

Won’t you act now to help us tell the truth about Israel’s righteous cause? Just go to donate now to continue your membership.

As you know, the New York Times has long been one of Israel’s leading media adversaries—publishing countless op-eds unfairly criticizing the Jewish state, as well as strongly slanted “news stories” that use fake “facts” to discredit Israel.

I’m sure you’ve read FLAME’s many exposés of the Times, in which we have excoriated the newspaper for its lies and blatantly misleading stories about Israel

And while FLAME has published scores of outspoken editorial positions telling the truth about Israel in more than 100 mainstream media, college newspapers and the Jewish press, we have not yet ever published our editorial hasbarah messages in the New York Times.

Starting on Sunday, December 9—FLAME begins for the first time publishing its editorials in the New York Times.

Our first editorial in the New York Times is titled “Anti-Zionism Is Racism” (you can preview it now by clicking on the title).

If you support FLAME’s editorials in the Times, won’t you make a renewed membership donation at this time?

FLAME’s new editorial asserts that anyone who denies the right of Jews to their own national refuge in Israel—or who attempts to delegitimize or demonize Israel—is guilty of anti-Semitism, which is a form of racism.

This includes the newly elected U.S. Representatives Ilhan Omar, who supports the BDS movement and falsely accuses Israel of being an “apartheid regime,” and Rashida Tlaib who just defended ousted CNN commentator Marc Lamont Hill in his call for the elimination of Israel.

This also includes Airbnb, which began boycotting all Jewish (not Muslim, not Christian) rental listings in Judea and Samaria—effectively joining the BDS movement.

The fact is, BDS is racist, and calling for the destruction of Israel is racist. The New York Times won’t tell its readers that—but starting now, FLAME will.

Please take just 60 seconds right now to make a generous membership donation to FLAME to support our bold, but necessary message that anti-Zionism is racism.

Defending Israel against haters and hypocrites is not free

We supporters of Israel know that the enemies of the Jewish state will not give up. Our commitment has to be steadfast—and that’s not always comfortable or easy or cheap.

While our editorial in the New York Times is sure to make waves nationally—and change opinions—let me be honest. Publishing such messages in the Times is expensive. We’ll pay more than $30,000 each time this message runs.

If you support FLAME’s efforts over the decades—and if you support our latest initiatives—I hope you’ll help us defend Israel in mainstream media.

Just beneath this letter, I’ve attached a momentous news release that we’ll be sending out this week about our new “Anti-Zionism Is Racism” message in the New York Times and in other media nationally. I hope you’ll review it and approve of it.

Won’t you add your voice to that of tens of thousands of individual FLAME supporters—won’t you make a membership donation to FLAME—at any level you can afford?

I think you agree that FLAME’s messages are powerful PR for Israel—and we’ve published more than 165 of them—but as you know, telling the truth about Israel via such paid editorial messages in media nationwide is costly. Are you ready to join us for 2019?

Please remember that the nearly 100% of FLAME’s financial support comes from individual members just like you. One by one, Jews, Christians and unaffiliated alike contribute generously to this noble cause—to help ensure that Israel survives.

Best of all, of course, your donation before December 31 is tax-deductible in 2018.

Thanks in advance for your year-end generosity and your continued support of FLAME’s good work. Please take a minute to review our news release, below, and let us know you approve of it.

Editorial-style ads supporting the Jewish state begin appearing in the Sunday Review section of the New York Times December 9, starting with a piece titled “Anti-Zionism Is Racism.” The op-eds were created and funded by FLAME—acronym of the non-profit Israel advocacy group Facts and Logic About the Middle East.

While other advocacy organizations have previously run solo Israel advocacy efforts in the Times, this is the first time any organization has committed to running a regular series of paid editorial positions in the paper. FLAME will sponsor at least three ads on various topics over the coming three months.

According to FLAME president, James Sinkinson, “Although FLAME has supported Israel editorially in more than 100 mainstream media over 29 years, we’ve never run in the New York Times. But no publication so consistently misrepresents Israel to more people than the Times. We decided enough is enough. Times readers deserve the truth.”

The New York Times is the largest-circulation daily newspaper in the United States, with Sunday distribution of 1.6 million copies and readership of about three million. FLAME will pay more than $30,000 for each appearance of its editorials.

The initial editorial in FLAME’s Times series explains why opposition to the existence of Israel is anti-Semitic—a form of racism. “While criticism of Israel—like criticism of any nation—is certainly in bounds,” said Sinkinson, “saying that Israel is illegitimate, demonizing Israel or holding the Jewish state to a double standard is racial bias. It’s hateful and deplorable.”

Future FLAME editorials in the Times will cover misconceptions about Israel and the Palestinians perpetuated in mainstream media, as well as the unlikelihood of President Trump’s “peace deal” meeting success, given current Palestinian leadership.

Facts and Logic About the Middle East is the only Israel advocacy organization whose primary mission is creating such editorial positions and publishing them in U.S. mainstream media, including college newspapers, and the Jewish press. It was founded in 1979 by Holocaust survivor, Gerardo Joffe.

Examples of FLAME’s “PR for Israel”—including the piece that will appear in the New York Times—can be viewed on the organization’s website, www.factsandlogic.org. The group is supported by more than 30,000 individual member donors. Membership donations can be made at www.factsandlogic.org.