FLAME
X
Put text, tables or any other HTML contents here, as you would put in any other HTML page. ..... and more.
Skip to content
Home » Despite vicious attacks on Israel by the media, the U.N. and Islamists, we continue to win!
Campus Anti-Semitism Reaches New Highs—Or Lows—in AmericaJacques Gautreaux2020-01-20T14:41:48-07:00 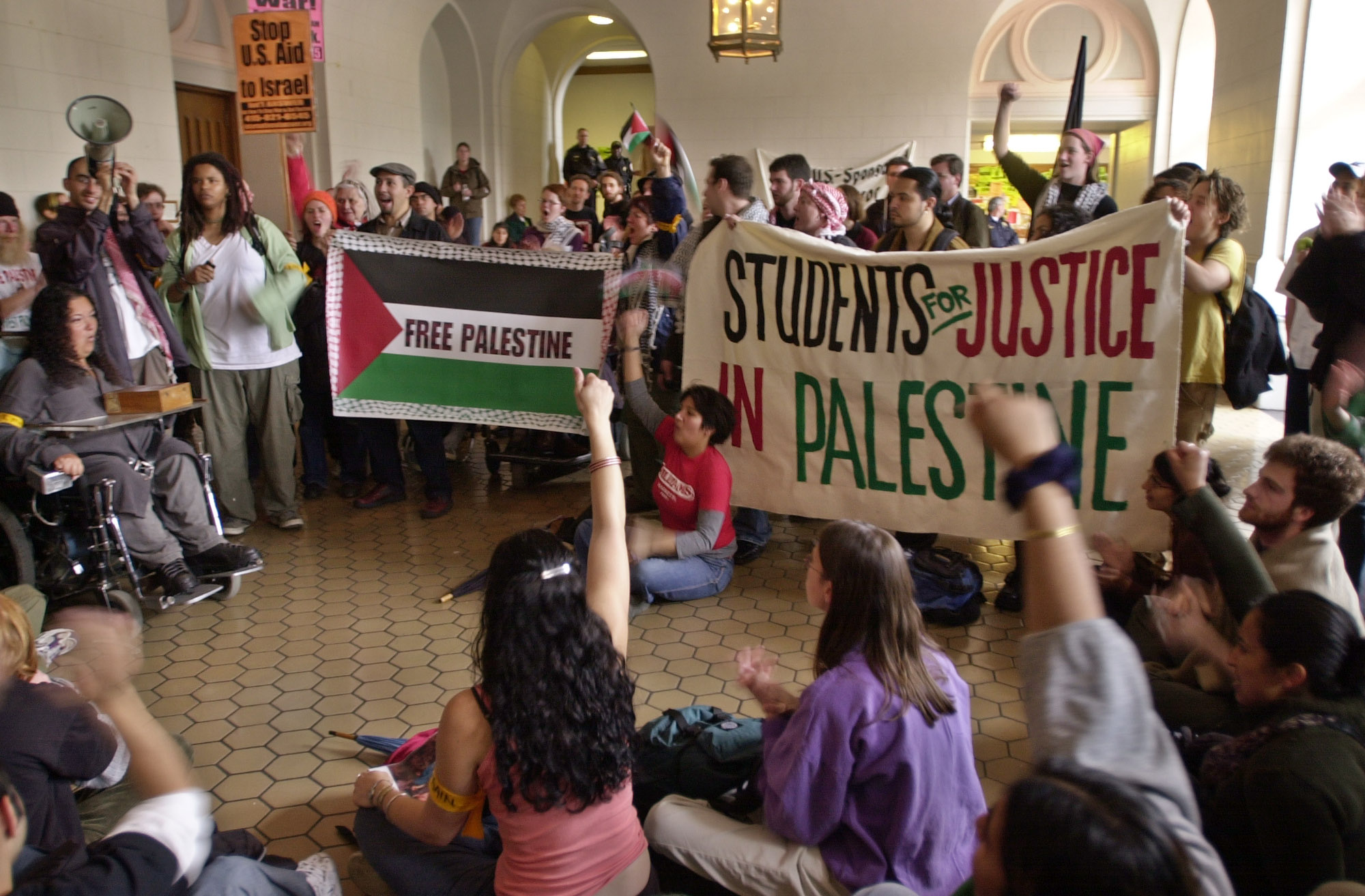 Anti-Semitic students at the University of California occupy a building where campus Jewish groups were holding a memorial service for Holocaust victims. Similar protests on campuses nationwide have created a virulently anti-Semitic atmosphere for young Jewish students.

Last month, President Trump issued an Executive Order aimed at combatting anti-Semitism on American college campuses. For ideological as well as financial reasons, his action caused outrage on numerous campuses—eliciting cries of censorship from administrators, faculty, student governments and others. Yet these same academics are quick to condemn similar offenses directed at African-American, Muslim, women or transgender students.

Equal protection on campus is everybody’s business—not just that of the academic community. Anti-Semitism on campus is a reflection of a greater societal sickness that threatens every minority, whether racial, religious, sexual or ethnic.

Yet college anti-Semitism has reached epidemic proportions and deserves not only outrage from every American—but also public pressure to eliminate it directed at university administrators and elected representatives at every level.

Acts of campus anti-Semitism last year rose to 201 reported incidents, an 86% increase in just two years. These included numerous acts of harassment and vandalism, but also several assaults of Jewish students according to the Anti-Defamation League’s Annual Report.

There were also a half-dozen bomb threats to Jewish campus institutions. At the University of California at Berkeley, campus police found a fake bomb covered with anti-Semitic statements, including “All Jews f— off and evaporate.”

Horrifically, during the week of national grieving for victims of the massacre at the Tree of Life Synagogue in Pittsburgh, memorials set up at four universities—the University of Tennessee, Pomona College, Eastern Michigan University and Duke University—were defaced with anti-Semitic graffiti and Nazi swastikas.

Nationwide, many meetings and events of Jewish organizations like Hillel were disrupted by raucous protesters, typically shouting anti-Zionist and outright anti-Semitic chants. On campuses from coast to coast, national pro-Palestinian groups like Students for Justice in Palestine (SJP) and the despicable Jewish Voice for Peace (JVP) have usually orchestrated the anti-Semitic verbal—and sometimes physically threatening—assaults.

Jewish students are scared to wear outward signs of their Jewishness—like Chai or Magen David necklaces, kippot, and pro-Israel or pro-Jewish shirts—because they are harassed and sometimes even assaulted for their membership in the Jewish people.

The new Executive Order issued by President Trump relates to Title VI of the Civil Rights Act of 1964, a generous federal funding program for colleges. Title VI specifically denies funding to colleges that do not prevent and/or punish perpetrators of discrimination or harassment based on “race, color, or national origin.”

The new rules extend the list to include anti-Semitic actions, and clearly state that anti-Zionism—that is, the denial of the Jewish people’s right to a nation in their indigenous home—is a form of anti-Semitism covered by the rubrics of Title VI. (It also states that normal criticism of particular Israel policies is no different than, say, critiquing American immigration policy or Great Britain’s Brexit policy.)

The President’s order states that a school’s Title VI obligations are triggered when harassment is “based on the group’s actual or perceived shared ancestry or ethnic characteristics, rather than solely on its members’ religious practices.” It also suggests that funding agencies use the definition of anti-Semitism advanced by the International Holocaust Remembrance Alliance (IHRA).

The IHRA guidelines include “applying double standards by requiring of Israel a behavior not expected or demanded of any other democratic nation.”

The anti-Semitic activities on campuses go beyond the sort of incidents that the ADL tallies. At several schools (including McGill University in Canada), student and faculty groups have tried to eliminate study-abroad programs at Israeli universities. At the University of Michigan, a professor—based on his advocacy of a total academic boycott of Israel—refused to write of letter of recommendation for a Jewish student who wished to study at the University of Haifa. (Fortunately, in this case, the campus administration remedied the situation.)

Columbia University and the University of North Carolina have already been put on notice that various campus goings-on regarding Jewish students and groups may endanger their Title VI funding. Even the notoriously anti-Semitic San Francisco State University has taken steps to ameliorate the hostile atmosphere for Jewish students at the hand of pro-Palestinian groups.

It is tragic that the state of American universities has degenerated to the point that Jewish students and groups must look to a presidential Executive Order for protection from rampant anti-Semitism. Apparently, though, this is the only way to make cowardly campus administrations sit up and take action when their Jewish students are harassed and made to feel unwelcome on campus.

All people of goodwill—and certainly all of those who care about young Jewish students—should continue to pressure colleges to take responsibility for the well-being of Jewish students and organizations on campus in their communities and nationwide.

If your local college—or your alma mater—is a place of hostility for Jewish causes and Zionist students, demand that the campus leadership provide a safe place for all Americans, regardless of ethnicity, religion or support for Israel. Make your financial support dependent on such equal protection. Write letters to your local newspaper—or college newspaper—expressing your outrage at the harassment of Jewish students.

Demand that young Jews leaving home for the first time to study at an American university should not have to hide their Jewish identity or their support for the State of Israel as the home of the Jewish people. Nor should they feel that it is risky to participate actively in Jewish-related or pro-Israel activities at institutions that are supposed to be centers of diversity and free expression.

In addition, I hope you’ll also take a minute, while you have this material front and center, to visit FLAME’s lively new Facebook page and review the P.S. immediately below. It describes FLAME’s new hasbarah campaign—clearly explaining the great value that American aid to Israel brings back to America.