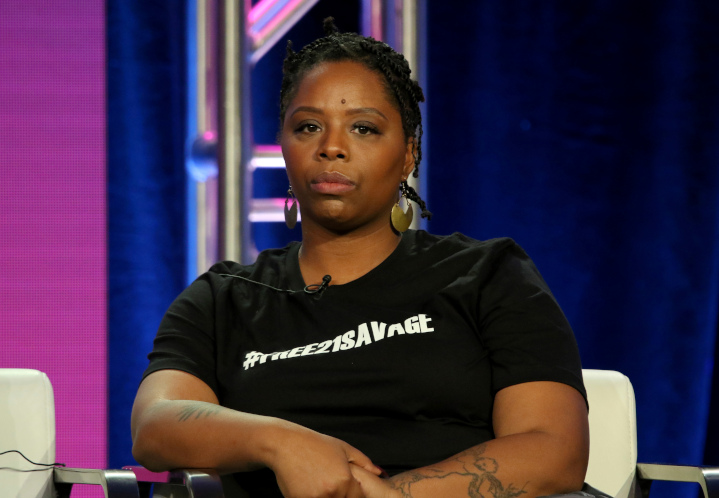 In a contradiction to Black Lives Matters’ social justice mission, BLM founder Patrisse Cullors falsely accuses Israel of “ethnic cleansing and brutality” against Palestinians. Other BLM leaders assert, also contrary to evidence, that Israel commits genocide and apartheid. Such demonization of Israel is considered anti-Semitic by the U.S. State Department.

Elon Carr, U.S. Envoy to Monitor and Combat Anti-Semitism, tweeted that “This graffiti is yet more evidence that anti-#Zionism is #Antisemitism .”

Not only does anti-Zionism equal anti-Semitism, it equals racism —the exact thing BLM and leftist progressives claim they stand against. While black lives certainly matter, any movement that excludes Jewish (or Israeli) lives doesn’t deserve our support. If deserves condemnation.

The May 30 BLM rioters attacked five synagogues and three Jewish schools and looted most Jewish businesses in the Jewish LA neighborhood of Fairfax.

This is not the first time the Black Lives Matter movement has been linked to anti-Semitism. The group’s original charter from 2014 included (in a 40,000-word neo-Marxist screed) the accusation that the U.S. and Israel are responsible for “the genocide taking place against the Palestinian people.”

Of course, Israel does not commit genocide. Its only violence against Palestinians is when defending itself against terrorist attacks. In fact, the Palestinian population has dramatically grown and its prosperity increased since Israeli statehood in 1948—hardly evidence of genocide.

Likewise, BLM’s charter calls Israel an apartheid state, though Arab citizens of Israel enjoy full civil rights and economic opportunity —far greater freedom than Palestinians under the fists of their dictatorships in Ramallah and Gaza City. Indeed, Israel commits none—not a single one—of the acts taken by the white South African government to segregate and make second-class citizens of its black population.

Let’s be clear: Accusing Israel of genocide and apartheid are attempts to demonize the Jewish state and the Jewish people using outright lies. Such attempts to slander Israel are by definition anti-Semitic according to the U.S. State Department and many other institutions.

While the Black Lives Matter organization has removed most of its Marxist revolutionary proclamations from the current website, its statements condemning Israel are alive in spirit and deed.

In addition to the anti-Semitic attacks in LA, BLM “protestors” also vandalized the 200-year-old Congregation Beth Ahabah in Richmond, Virginia.

BLM Los Angeles leader Melina Abdullah and her daughter Thandiwe, who co-founded the BLM Youth Vanguard, have called for Black Lives Matter and black Muslims to oppose the U.S. alliance with Israel and support “Palestinian liberation.”

On her website, BLM founder Patrisse Cullors discusses her trip to “the Occupied Palestinian Territory,” where “she saw firsthand the ethnic cleansing and brutality Israel has levied against the Palestinians.” She believes “the Black Lives Matter movement can benefit greatly by learning about . . . particularly the Palestinian struggle” and by allying with oppressed Arabs.

Even as Black Lives Matter lends its sympathy to Palestinians, and its disciples deface synagogues in the U.S., anti-Semitic attacks here continue escalating to record numbers. Attacks against Jews—a mere 2% of the U.S. population—make up more than half the religious-based hate crimes in this country.

Let’s not neglect to mention the significant number of assaults on orthodox Jews in Brooklyn—also rising—by blacks and Hispanics.

Yet BLM, caught in the perverse thrall of intersectionality, holds to the progressive assertion that Jews are “white” people—therefore undeserving of protection or social justice. No sympathy for the fact that more than half of Israel’s Jews are people of color. No sympathy for escalating anti-Semitic hate crime. No sympathy for the Holocaust—the single largest racist massacre in human history, which ended only 73 years ago.

Quite to the contrary, BLM considers the self-determination of the Jewish people to create a national homeland a crime. At the same time, it supports the efforts of Arabs to expel Jews from their indigenous homeland. (Since we’re speaking about ethnic cleansing.)

Clearly, no freedom-loving American should condone police brutality. Obviously, too, all should oppose any form of racism against black Americans by anyone. By the same token, however, we should not and cannot support a social justice movement that pointedly refuses to acknowledge and oppose anti-Semitism—itself a form of racism.

Not only are those committed to social justice obligated to disavow Black Lives Matter for its exclusion of Jews from its support, but we ought also condemn any movement that claims to support racial justice but ignores the plentiful racist violence and outright anti-Semitism committed against Jews by BLM sympathizers and executives.

Just as we rightly expect whites to forcefully and publicly condemn whites who hate, we should expect no less from any other ethnic group.

I hope as you discuss the rising influence of the Black Lives Matter movement—with friends, family, colleagues and in letters to the editor—you’ll note that BLM followers themselves commit racist acts of violence against Jews and Jewish institutions . . . and that BLM leaders clearly oppose the self-determination of the Jewish people in Israel, based entirely on anti-Semitic falsehoods.