FLAME
X
Put text, tables or any other HTML contents here, as you would put in any other HTML page. ..... and more.
Skip to content
Home » Despite vicious attacks on Israel by the media, the U.N. and Islamists, we continue to win!
As Israel Helps Palestinians Fight the Coronavirus, It Disproves Anti-Semitic LiesJacques Gautreaux2020-03-29T12:17:46-07:00 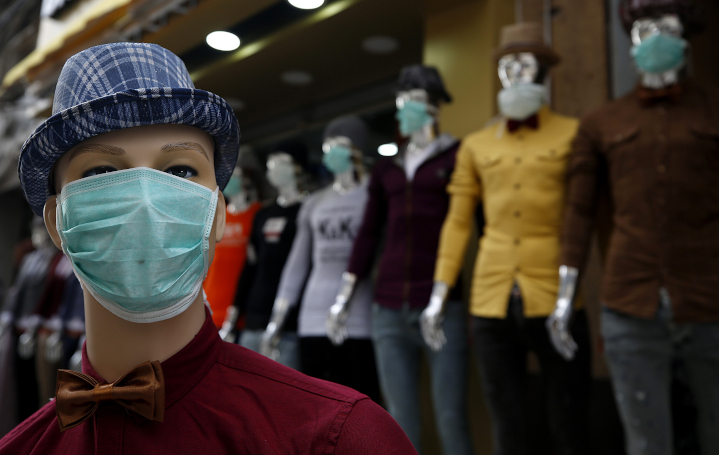 As early as 1348, Jews were falsely blamed—and murdered—for causing the Black Death by poisoning well water in Europe. Nazis in Poland in 1942 slanderously accused Jews of perpetrating typhus. In 1953, the USSR concocted the “Doctors’ Plot”—a supposed terrorist action by Jewish physicians to kill off that nation’s leaders. Just 40 years ago—in the 1980s and 1990s—radical Arab and Muslim groups blamed Jews for spreading AIDS.

Now the coronavirus has spurred anti-Semites into action again, as they either accuse Jews of inventing this flu (as well a vaccine to cure it as a devious commercial one-two punch) or of depriving the Palestinians of any help in fighting the disease.

• A recent study by the Anti-Defamation League (ADL) reveals a new spate of accusations on social media of Jewish complicity in the coronavirus pandemic, replete with classic images of money-grubbing, hook-nosed bearded men adorned with stars of David.

• In mid-March, Arab member of the Israeli Knesset, Aida Touma-Suleiman, tweeted that Israeli troops sprayed Palestinians at a checkpoint with an “unknown substance” to fight the coronavirus. In truth, it was Palestinian forces spraying disinfectant.

• A Turkish TV station with ties to President Erdogan broadcast the “news” that “Jews, Zionists have organized and engineered the novel coronavirus as a biological weapon just like the bird flu.”

• A rumor started in Israel that Palestinian prisoners in Israeli jails had been diagnosed with coronavirus, but it was denied both by Israeli authorities and the Palestinian Prisoners’ Commission.

• Just two weeks ago, Mohammed Desai, head of the BDS movement in South Africa falsely asserted that Israel was refusing to issue corona safety precautions in Arabic for Israeli Arabs, who make up 20% of Israel’s population. All instructions are published in Hebrew and Arabic.

• A few days later, Ariel Gold of the anti-Zionist group Code Pink tweeted that “Israel is culpable for every coronavirus death in Gaza: the Siege must be lifted.”

• Last week, the UK Guardian wrote, “An Israeli blockade [of Gaza], in place since 2007 although eased in recent years, has limited the import of medicines and other essential items.” This is patently false, as Israel has no restrictions on importing medical equipment and medicine to Gaza, except for goods that can also be used for military purposes.

• Just this week, the NGO group B’Tselem erroneously alleged that the Israeli Defense Forces (IDF) had demolished a coronavirus treatment center built by the Palestinians in the Jordan Valley. Completely untrue.

In fact, Israel is suffering from the coronavirus just as every other first-world nation—though Israel’s relatively quick and stringent response has kept the disease’s proliferation below that of some other regions.

In addition, while it’s true that Israeli firms and academicians—along with labs at dozens of institutions in the U.S. and worldwide—are working assiduously to develop a coronavirus vaccine, there’s zero evidence Israel has such a solution in hand. Surely more than 3,000 cases and a death toll of 14 Israelis—growing daily—substantiates this.

Nonetheless, Israeli pharmaceutical firm Teva is planning to donate more than six million doses of anti-malarial tablets to the U.S. immediately, followed by another 10 million doses within a month. (While this drug has not been proven effective against corona, U.S. officials have asked for supplies of it as a possible solution.)

What’s more, Israel is aggressively assisting the Palestinians in numerous ways to fight back against corona. Indeed, the virus has spurred greater cooperation between Israelis and Arabs, and caused a dramatic reduction in terrorist acts by Palestinians.

Israel has delivered 3,000 coronavirus test kits and 50,000 masks to the Palestinian Authority (PA) in Judea-Samaria (the West Bank) to help the Arabs fight the disease. The Jewish state has shipped hundreds more coronavirus testing kits and 1,000 protective medical gear kits into Gaza.

Israel has honored the request of the PA to find temporary housing for some 45,000 Palestinian workers in Israel, so they don’t have to commute daily back to their homes, risking further spread of the disease.

Indeed, for the first time in years, Palestinians are embracing cooperation with Israel, rather than rejecting it as a devious form of “normalization.” An official with the PA in Ramallah said, “Anyone who opposes cooperation with Israel in the medical field would be acting against the interests of our people . . . This is the time to lay aside our differences and work together against the pandemic.”

Israel’s President Reuven Rivlin reportedly phoned PA President Mahmoud Abbas to thank him for the Palestinians’ cooperation and coordination in efforts with Israel to contain the contagion.

A supreme irony of anti-Semitism that accuses Jews of nefarious evil acts is that the Jewish nation of Israel is one of the most benevolent on earth. It sends rescue teams to virtually every natural disaster globally. It regularly provides cost-free, life-saving healthcare services to Palestinians in the West Bank and Gaza in Israeli hospitals. Israel goes above and beyond international warfare conventions to warn civilians in enemy territory of danger from missile attacks.

When the chips are down—when help is needed, when lives are in danger—Israel almost always does the right thing. At every turn in its relations with other peoples—even those attacking it with malice—Israel with high consistency does the benevolent thing, adopts the most humanitarian policy.

This is not to say that Israel behaves perfectly in every circumstance. Like the U.S., it is an imperfect democracy, led by flawed human beings. But when a crisis arises—such as the coronavirus plague—Israel can be counted on to do the right thing . . . to be a good Jew among nations, to be a “mensch.”

I urge you, in conversations with friends, family and colleagues, to emphasize that few countries are doing as much during the corona crisis for fellow nations—or their neighbors—as Israel. It’s because, for all its blemishes, Israel embodies Jewish values. May G-d bless the Jewish state, the United States of America, and all the inhabitants of the world during this trying time.

I hope you’ll also take a minute, while you have this material front and center, to visit FLAME’s lively new Facebook page and review the P.S. immediately below. It describes FLAME’s new hasbarah campaign—forcefully describing Israel’s critical strategic value to America.