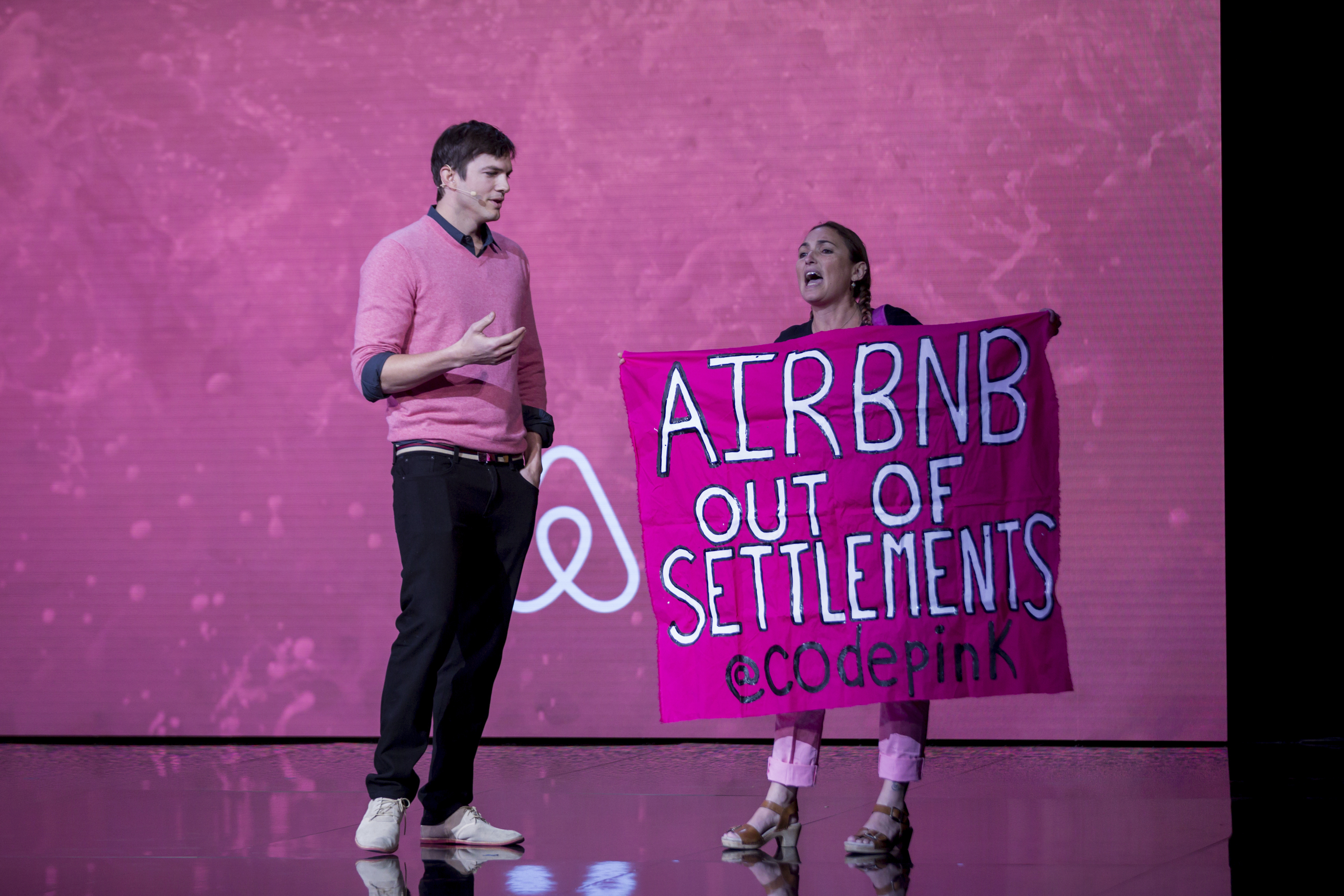 Despicable acts of anti-Semitism are nowadays often cloaked in the garb of “rational” protests against Israel and its policies. But the recent action of Airbnb, the web company that changed the way people find lodging around the world, shows clearly that the unique and exclusive target of such anti-Semitic corporate policies is the Jewish people.

Airbnb recently announced that—among the 192 nations that it serves with rental-housing listings—only Israel’s settlements in Judea and Samaria are morally unworthy of inclusion.

On the eve of the usual Human Rights Watch ritual condemnation of Israel and its rule over the disputed territories, Airbnb announced a boycott of only Jewish-owned properties there. If you are a Palestinian in Ramallah: no problem. But, if you are a Jew in eastern Jerusalem: you have violated Airbnb’s judenrein diktat.

Oh, and if you happen to be an invading Russian living in the forcibly annexed Crimea who has a spare room: Airbnb has no problem doing business with you.

Or suppose you are a Myanmar army general who just wrapped up the ethnic cleansing of 750,000 of your Rohingya minority: Airbnb is happy to list the vacated apartments you happily now possess in Rakhine province there.

Airbnb—with its ignorance of both Israeli history and world current events—somehow reached the decision that only Jews in the historical Jewish heartland couldn’t measure up to their perverse ethical standards.

Roughly half of America’s states legally prohibit boycotts of Israel, including the disputed territories. Already, Florida’s Governor-elect, Ron DeSantis has denounced the Airbnb policy and vowed to prohibit state employees from using Airbnb-listed facilities on state business, as they often do now. Illinois Governor Bruce Rauner similarly wants his state to take action on the Airbnb outrage. Many other officials in both the public and private sectors should follow DeSantis’ and Rauner’s lead.

In this week’s featured FLAME Hotline article, British columnist Brendan O’Neill further examines the outrage of Airbnb’s selective and inherently anti-Semitic corporate policy. It’s something you and your friends and colleagues should keep in mind when planning your next family vacation, here or abroad.

Airbnb has taken the extraordinary decision to stop advertising homes for rent in Jewish settlements in the West Bank. It is extraordinary because Airbnb still advertises places to stay in Tibet, a place many Tibetans consider to be unjustly dominated by China. And in Crimea, recently annexed by Russia. And in Northern Cyprus, a Turkish-ruled statelet since the mid-1970s, which only Turkey recognises as a legitimate state, and to which Turkey has sent huge numbers of settlers in recent decades. Why are Turkish settlers less offensive to the Western conscience than Jewish ones? Why is it OK to rent a holiday apartment in Turkish-settled Northern Cyprus but not in Israeli-settled parts of the West Bank? Anyone?

What’s more, you can still get Airbnb places in countries which in recent years have executed far worse acts of war and militarism than Israel has. Saudi Arabia, for example, which has plunged Yemen into one of the most barbaric crises of humanity of recent decades: no Airbnb pangs of conscience about doing business in Saudi. And in Turkey, whose recent treatment of Kurds in Syria, and in Turkey itself of course, has been bloody and chilling. But never mind all that—roll up, roll up, get yourself an Airbnb hangout in the state that has repressed and murdered huge numbers of Kurds!

It is only Israeli-claimed territory that is singled out. It is only Jewish settlements that are punished. It is only apartments being offered for rent by Jewish people who believe in the idea of Greater Israel that are delisted. Only those people. But we shouldn’t be surprised. It is always only those people. Israel is always singled out. It is treated by right-on Westerners as being more wicked, more toxic, more evil and more destructive than any other state on Earth. That is why they boycott it, rage about it and take to the streets about it in a way they never do about Turkey, Saudi Arabia or anywhere else. They hate Israel more than any other place. The question is: why?

Their attempts to answer this question of why are spectacularly unconvincing. ‘Our governments support Israel, so we have a special responsibility to kick up a fuss about this’, they say. Our governments support the Turks and Saudis too. ‘The Israeli conflict is an old and bloody one and deserves our attention’, they insist. The Turk-Kurd conflict is old and bloody too. ‘Palestinians are asking us to take these kinds of actions against Israel’, they protest. The Kurds would also like some solidarity, only you can’t hear them over the din of your obsessive, myopic loathing of Israel above every other state. Their attempts to explain why—why they loathe Israel so much—only makes the whole thing more mysterious.

And then they wonder why some people think there is a whiff of anti-Semitism to this peculiarly passionate contempt for Israel and for every piece of fruit, piece of art and piece of academic literature it produces. They wonder why some people think the line between anti-Zionism and anti-Semitism is an increasingly thin one and that perhaps the special hatred for Israel might have echoes of the older special hatred for Those People.

‘It is not anti-Semitic to criticise Israel!’, they say. And they are absolutely right. Every single nation and government should be up for debate, ridicule, protest. But we aren’t talking about straightforward criticism of Israel here. We are talking about the singling out of Israel above all nations for a ceaseless and intense programme of boycotting, protesting and hysterical accusations, primarily that Israel is ‘genocidal’, ‘apartheid’, ‘racist’. Show me the gathering of 100,000 people in London who said those things about Saudi Arabia and then I’ll buy the idea that Israel is just being criticised as all other states are criticised.

It is becoming so clear: hating Israel is now second nature in certain Western political circles and this is unquestionably stoking up prejudice. If you treat the Jewish State as nastier and more insane than any other state, then please do not feign surprise when anti-Jewish sentiment increases. If the Jewish State and Jewish settlers horrify you infinitely more than, say, the Turkish state and Turkish settlers, then please don’t cry crocodile tears over the return of anti-Semitism to Europe and elsewhere. If the militarism of the Jewish State gets you on to the streets but the militarism of the Turkish state doesn’t, then please do not wonder why so many people seem to have a particular problem with Jews and Jewish things these days.